Comfortable victories for Dynamo Moscow and Lokomotiv Yaroslavl saw both clubs book their place in the second round of the playoffs. Dynamo despatched Jokerit with five unanswered goals in the first period, while Loko overpowered Sochi with a dominant second-period show.

Loko overpowered Sochi in the second period of this game to make sure of its place in the Conference semi-final. Two goals from Pavel Kraskovsky put the Railwaymen in control and the home team never recovered. For Lokomotiv, it’s the third successive season that the team has gone beyond the first round of playoff action. Sochi, despite winning two playoff games for the first time ever, once again bows out at the first hurdle.

Aware that the series could be settled tonight, Lokomotiv worked up a head of steam from the start. The early exchanges saw Dmitry Shikin put through his paces by the visiting offense – only for Sochi to take the lead on the first power play of the game. Sergei Shmelyov slung a pass from the boards, Robert Rosen was in place at the back door to beat Alexander Salak.

That was the first goal Salak has allowed in this season’s playoffs but it was soon cancelled out by Daniil Misyul’s first goal in the KHL. The 18-year-old defenseman has seen only a handful of appearances in his career to date, but made the most of this one when he collected a Brandon Kozun pass, advanced into the circle, held off the attentions of Shmelyov and shot past Shikin.

The second period belonged to Loko, and to Kraskovsky in particular. The 22-year-old scored his first goals of this season’s playoffs to take the game away from Sochi. First, he fired home a wrister from the deep slot after Stepan Sannikov’s 25th-minute breakaway. Then, three minutes later,  he added another with a close-range finish after his attempt to play a return pass to Yegor Korshkov bounced off a defenseman’s skate and fell kindly for the young forward.

Sochi sought to rally and Martin Bakos reduced the arrears a minute later. But there was no way back. A Lokomotiv power play saw Daniil Apalkov add a fourth and Jakub Nakladal’s powerful shot from the right-hand circle made it 5-2 at the end of the second period.

That effectively killed the game. Lokomotiv knew that, barring calamity, it could close out the third period comfortably. Sochi created a couple of dangerous moments on the power play but rarely looked capable of beating Salak.

- I would like to thank Sergei and his team. I think it was a good series. It was never clear how each game would turn out. Luckily, we’re going further.

- I would also like to thank Dmitry and Lokomotiv. It really was a good series. It’s a pity that it had to come to an end. Probably, right now, this is about as far as our team can go. We have to learn from this. In any event, we are looking to the future. Now we have a lot of work ahead of us. 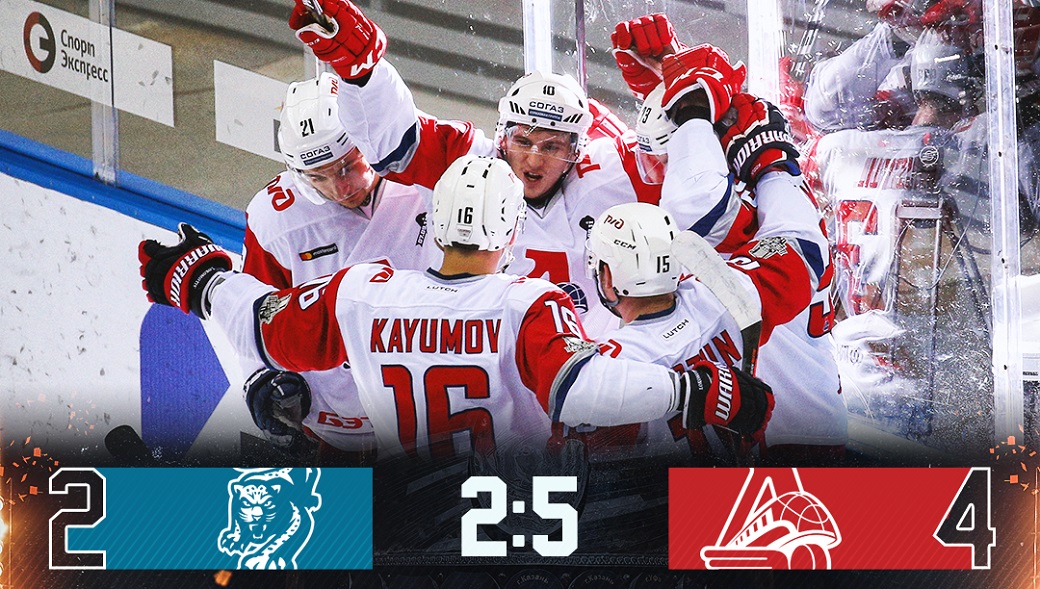 A first-period blitz saw Dynamo overwhelm Jokerit and book its place in the Conference semi-finals. Ahead awaits either a local derby against CSKA, or a clash with Lokomotiv, depending on the outcome of the on-going SKA vs Spartak match-up.

Vladimir Krikunov was eager to remind his players that the series was not yet won following Tuesday’s loss in Helsinki. That message was clearly absorbed: the Blue-and-Whites delivered a knock-out first period performance that brought five unanswered goals. Michal Cajkovsky got things moving in the seventh minute, smashing home from the blue line after Vadim Shipachyov’s rush in the Jokerit zone. The visiting defense dealt well with Shipachyov, forcing him to turn back, but seemed to switch off and allow Cajkovsky an open lane to shoot at Janis Kalnins’ net.

Home hopes soared a couple of minutes later when Vladimir Bryukvin fired home a Miks Indrasis pass from behind the net to convert the first power play of the evening and it wasn’t long before Vladislav Yefremov’s first playoff goal made it 3-0. A Jokerit power play came to naught when Peter Regin followed Cajkovsky to the sidelines, and the 4-on-4 play saw Yegor Zaitsev make it 4-0. That was the end of Kalnins, replaced by Ryan Zapolski. It also felt like the end of any questions about the overall outcome of this series. Dynamo added a fifth late in the frame through Daniil Tarasov as the Finns ran into further penalty trouble.

One of the striking things about Dynamo’s goal rush was the lack of a goal from the team’s leading scorers. Shipachyov, Indrasis, Patrik Zackrisson and Dmitry Kagarlitsky all had assists, but it wasn’t until midway through the second period that one of them put the puck in the net. Kagarlitsky claimed that honor, off an Indrasis helper, and Dynamo led 6-0.

That was the end of the home scoring. Jokerit, playing for pride, fired in a huge number of shots in the second period, but managed just one goal, late in the frame, from Niklas Jensen. Dynamo blocked 14 of the 41 attempts the visitor managed; Ivan Bocharov saved 16 more. The third period continued in similar vein. Jokerit topped the shot count 17-4 but only had a solitary Marko Anttila effort to show for that hard work. Dynamo marches on, it’s hoodoo over the Finns intact.

First, I’d like to congratulate Dynamo. The first five games were all decided by a single goal but today the game was over after the first period. Dynamo is a strong, classy team with two great goalies. They have players that can change the outcome of any game, and they have a strong defense. As for us, we didn’t score enough goals, especially on the power play. In the first 30 games of the season we had a 40% strike rate on the power play, since then it’s dropped to 10%. In the playoffs, it was zero.

Before the game it looked like we were prepared. But then the first shot on our net went in. After that we couldn’t get hold of the opposition. I’ve no explanation for our performance, it’s unforgiveable. Dynamo played really good game.

Looking at the whole season, this wasn’t a satisfactory outcome for us. It’s the third time we’ve fallen at the first round of the playoffs. That’s not good enough.

Every game was tough for us. Jokerit is a good team, it’s no accident that they finished in the top four in the regular season. Every game they had a lot of shots, our goalies did well. In every game we faced 40 or 50 shots on goal. As for us, we managed to score off relatively few attacks. It was surprising how many goals our forwards got from such a low tally of shots.

We were pretty good on the penalty kill. We played fast, even though we trained on a large pad and we’re playing on a smaller one here. We’re getting used to everything in our new arena, soon everything will be in place. The guys did well to adapt so fast. I’m happy with the result, and with the performance of our players. Of course we have things to work on ahead of the next series. 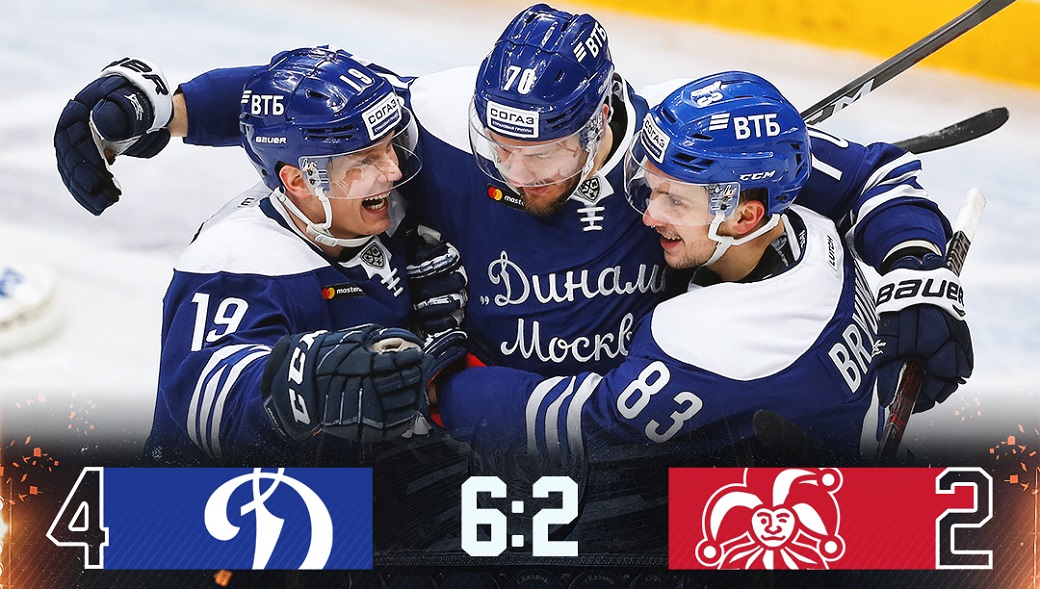