For the first time in this series, the team scoring first went on to win the game. Barys took control in the first period and defied the run of big fightbacks that has characterized this Eastern Conference match-up to claim a 3-1 victory and move ahead 3-2 in the series.

Torpedo won Monday’s game in sensational fashion, scoring twice in the last couple of minutes to force overtime and ultimately secure a 5-4 verdict. Not surprisingly, David Nemirovsky selected the same line-up again, while Andrei Skabelka made changes for Barys. Andre Petersson returned to the first line while Henrik Karlsson resumed in goal.

Barys made the livelier start and, after surviving a scare when Andy Miele spurned a great chance to open the scoring, went in front in the seventh minute. Matt Frattin, who dropped down the roster to make way for Petersson, got the goal. It was a painful one for Torpedo: a loose clearance saw Jesse Blacker intercept the puck in center ice, a tame shot from Nikita Mikhailis was fumbled by Barry Brust and Frattin swooped to bury the rebound.

Five minutes later, it was 2-0. Petersson stripped Andrew Calof of the puck on the Barys blue line and streaked up the ice with Brandon Bochenski in support. The Swede slipped a pass inside for his captain; Bochenski buried the opportunity.

Next came a power play goal. At the start of the second period, Torpedo found itself two men down and Barys took advantage. Petersson slalomed his way into a shooting position, that effort was blocked into the path of Patrice Cormier and a second shot rebounded back to Petersson who made no mistake with the goal at his mercy.

At that stage, Barys looked comfortable. It wasn’t just the scoreline, the balance of play also strongly favored the home team. But this is a series full of unexpected twists and when Robert Sabolic pulled a goal back for Torpedo at the start of the third period, it opened the way for yet another potential fightback. As the game moved into its final stages, the visitor laid siege to Karlsson’s net but could not find a way through. The Swede produced a fine display, repeatedly denying Torpedo a goal that, at times, seemed inevitable. That saw Barys through to the hooter with a 3-1 lead intact and gives the Kazakh team a vital edge ahead of Friday’s trip to Novgorod. Victory there would wrap up the series for Barys.

I guess our guys don’t have all that much experience of these kind of games. In the third period they wanted to try to close out the game, even though the instructions from the coaching staff were very different during the intermission. People started to get nervous. But we’ll learn from it. Experiences like this will make us a better team.

Of course the swaps between the lines proved their worth today. One line scored, and so did the other. To be honest, I wasn’t so pleased with the performance of our third line today. 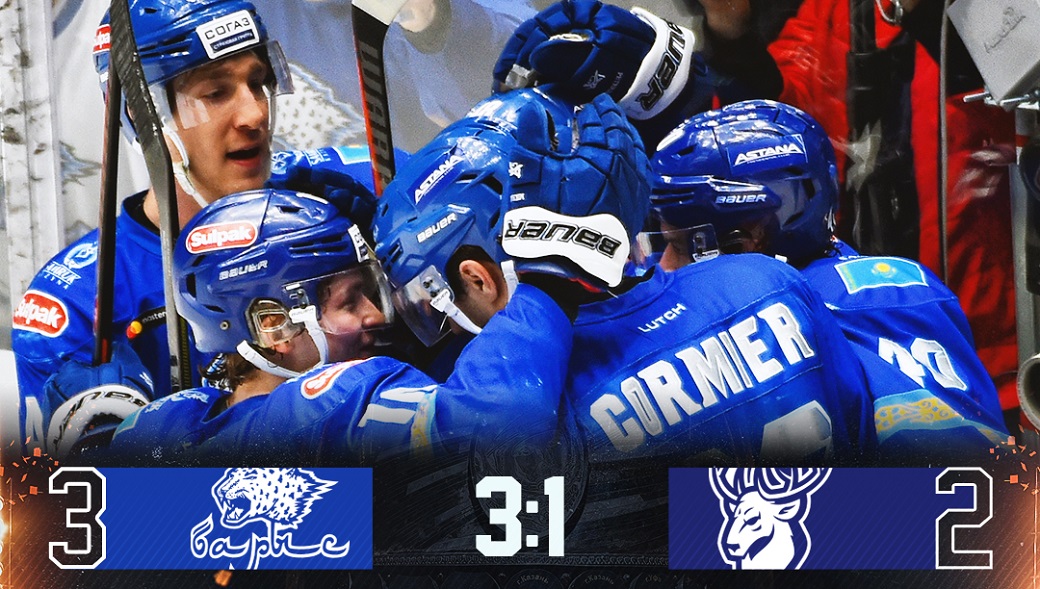