An overtime win for Salavat Yulaev in Magnitogorsk gave the pride of Bashkiria a 3-2 series lead in Tuesday’s solitary Eastern Conference game.

A winner right at the start of overtime put Salavat Yulaev one game away from progressing when this series returns to Ufa on Thursday. After the teams were locked at 1-1 after 60 minutes in Magnitgorsk, Vladimir Tkachyov popped up with the game-winner after just 96 seconds of the extras.

The Metallurg team bus made its way to the arena through a corridor of fire as hundreds of home fans lined the route and let off flares as the vehicle passed by. But it took time for the game to ignite. The first period was goalless with both teams making a cautious start. Sergei Mozyakin spurned one presentable opportunity – Magnitka’s captain, uncharacteristically, is yet to score in this season’s playoffs – while Vladimir Zharkov fired against the frame of Artyom Zagidulin’s net at the other end.

It wasn’t until the midway stage that the deadlock was broken – and the opening goal went to the visitor. Ufa’s power play needed just 30 seconds to convert its opportunity with Teemu Hartikainen flashing a pass across the danger zone and Dmitry Kugryshev firing in a shot from the back door. Kugryshev enjoyed a slice of fortune though, as the puck ricocheted off the body of Zagidulin and dropped into the net.

Metallurg response was swift and also came via a deflection off the goalie. Matt Ellison claimed his second goal in two games after pulling off a trick shot from behind the net. He looked to play the puck into the danger zone at the near post and found the back of Juha Metsola’s stick, which knocked it into the net to level the scores.

The puck was in the net once more in regulation – in the 47th minute Philip Larsen beat Zagidulin but Salavat Yulaev was denied the lead by the refs after the video clearly showed the defenseman had used his hand. At that point, in effect, overtime began. Neither team was willing to risk too much, aware of the high price of any error.

Perhaps ironically, then, it was a defensive mistake that cost Metallurg in the second minute of the extras. The home team made a mess of clearing its zone and Alexander Kadeikin intercepted the puck and set up Tkachyov for the winning goal. After two overtime defeats in the series, it was the first time Salavat Yulaev had claimed a victory after the 60-minute mark and it gives the team the chance to wrap up the series on home ice in two days’ time.

It was a good, competitive game with two evenly-matched teams battling to the last. Luckily, we managed to win it in overtime. Thanks to our supporters, we could hear them and it helped us a lot.

I agree, this was a typical playoff game. Unfortunately we made a mistake and lost out in overtime. But this isn’t the end. We’ll go back to Ufa and do everything we can to bring the series back home for a deciding game.

Why didn’t you challenge the goal in overtime?

There was no point, we could see that it was a good goal. 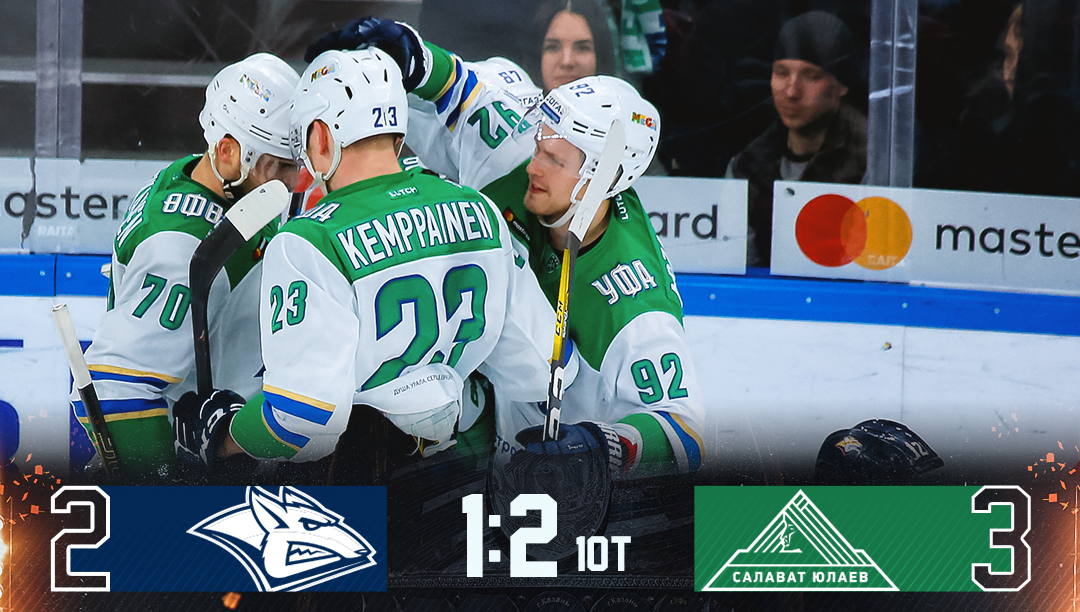