After topping the Eastern Conference in regular season, Avtomobilist confirmed its status as one of the major contenders by completing a sweep of Traktor. Today’s 4-3 win in Chelyabinsk sees the Motormen into the second round of the playoffs for the first time in the KHL era.

Avtomobilist completed a sweep of Traktor to record its first ever KHL playoff series victory and reinforce its credentials as a serious contender for top honors this season. The Yekaterinburg team, so impressive in topping the Eastern Conference in regular season, still had a point to prove in postseason play. Previously its results at this stage had been underwhelming, with last season’s 2-4 loss to Metallurg being its best performance in the battle for the Gagarin Cup. But the class of 2019 swept that record aside in a manner that suggests there could be rather more to come from Andrei Martemyanov’s team this season.

For Traktor, meanwhile, there will be no repeat of last season’s Cinderella run. A year ago the youthful verve of Vitaly Kravtsov took an unfancied team to the Conference Final. This time, no slouches again, the first hurdle proved too steep for the team from the Southern Urals.

However, in its final chance to get into this series, Traktor put up a brave fight. Two quick goals left Avtomobilist reeling inside the first six minutes. Anton Glinkin gave his team the perfect start in the second minute, reacting quickly after a Kravtsov wrister cannoned back off the boards and invited the home forward to shoot past Jakub Kovar. Next, Avto took two penalties just 22 seconds apart, handing Traktor a long spell of 5-on-3. The visitor withstood that, but fell further behind when Igor Isayev converted an Artyom Borodkin feed on 5:14. Now Traktor had something to hold onto, in the game if not in the series.

The visitor’s task got no easier when Stephane Da Costa was ejected from the game following a hit to the head of Christian Thomas. Avtomobilist killed that major penalty effectively, despite also being without Denis Kazionov following a misconduct call prompted by his reaction to Da Costa’s punishment, and somewhat surprisingly finished the first period with a 14-7 advantage on the shot count.

In the second period, it was Traktor’s turn to hit serious penalty trouble. Alexei Petrov’s hit on Nigel Dawes, with the puck already some way away, saw him sent to the locker room for kneeing. In contrast to the strong Avto PK, the home team struggled against the visitor’s power play and allowed two goals as the game was tied up at 2-2. Ilya Krikunov and Vyacheslav Litovchenko got the goals, Avtomobilist took its PP conversion rate to 50% with six goals from 12 opportunties.

With the scores tied and the visitor enjoying the better of the play, the third period seemed set to follow a straightforward path to an away victory. Instead, Traktor went back in front through Alexander Sharov. However, Avtomobilist’s top line was ready to settle the outcome and responded quickly. Dawes, Litovchenko and Dan Sexton were involved in two goals in just under two minutes, with Sexton getting the first and Litovchenko adding his second of the game to put his team in front for the first time in the game. Strikingly, Avtomobilist repeatedly capitalized on the same play: a pass out from behind the net to set up a one-timer in front of Vasily Demchenko’s net. The tactic was good enough to wrap up this series and make a little bit of history in Yekaterinburg.

This was a very tense game, there was a lot of passion on the ice and emotions were running high. Both teams showed a lot of character. It’s not easy to recover from 0-2 but the guys were able to dig in and change the course of the game. Every game in the series has been pretty good, we’ve seen some real manly hockey out there. This is a playoff, everyone fought tooth and nail, nobody wanted to lose. It’s a great education, especially for our younger players.

Dawes and Tryamkin are men of iron. Even if they are carrying injuries, they never say a word; they just get on with the job.

We gave it everything, I’ve no complaints about our performances. Everybody worked hard, everybody battled and I’d like to thank them for their dedication to the team. But, unfortunately, our season is over. I’d like to thank our fans, who continue to support us even in difficult times. 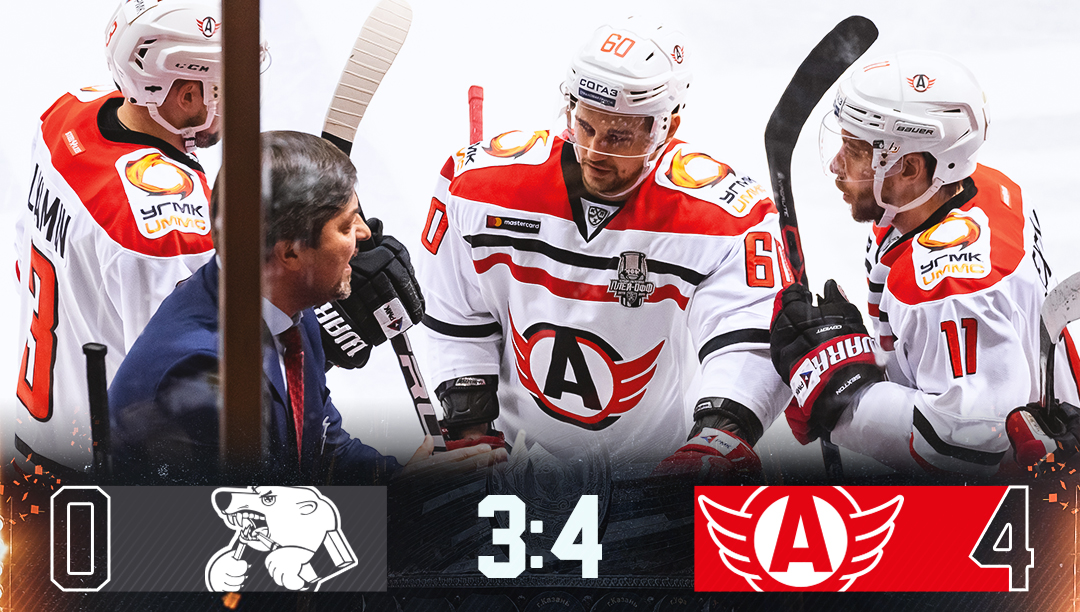 This is proving to be the series of the fightback. In Astana, memorably, Barys clawed back a 0-4 deficit to win in overtime. Here, Torpedo’s recovery was arguably even more dramatic – and in the series David Nemirovsky’s team has battled back from 0-2 to 2-2 ahead of Wednesday’s return to Kazakhstan.

The home team was 0-3 down at the first intermission and trailed 2-4 as the game entered the last three minutes of the third period. Then came two rapid goals to stun Barys and force the game into overtime. First came Damir Zhafyarov, rifling home a one-timer off Mikhail Varnakov’s feed from behind the net. The dream was alive. Just over a minute later, Denis Parshin tied it up when he redirected a Philip Holm point shot past Dominik Hrachovina. Once again, a seemingly decisive lead had been lost late in the game.

This time, though, Barys demonstrated great resolve in overtime. Torpedo lasted barely a minute into the extras after its four-goal lead evaporated in Astana; Barys dug in and made a game of it, absorbing the pressure from a home team that believed it was destined to take the win.

And destiny was duly honored – albeit late in the second period of overtime. With Torpedo on the power play, Vladimir Galuzin exchanged passes along the blue line with Holm, looking to tease open a shooting lane. When the gap emerged, Galuzin leapt on the chance and smashed home a shot from the deep slot to settle the outcome and square the series in dramatic fashion.

Earlier, the visitor looked to be on its way to securing a 3-1 lead in this series with a minimum of fuss. Patrice Cormier opened the scoring in the eighth minute, then two goals in quick succession saw Pavel Akolzin and Matt Frattin extend the advantage to 3-0.

In this series, though, no lead is ever secure. Torpedo hit back in the second period with goals from Anton Volchenkov and a power play effort from Varnakov. Suddenly it was a one-goal game and the home team was piling up the shots at Hrachovina’s net. The third period was played in a similar vein, but Barys pulled 4-2 ahead midway through the frame when Curtis Valk flashed home a one-timer off a Brandon Bochenski feed.