West: Sochi ties it up, Jokerit on the brink. March 3 playoffs

A 3-1 win for Sochi at home to Lokomotiv tied up that series at 2-2 before the teams return to Yaroslavl on Tuesday. In Moscow, Dynamo downed Jokerit 3-0 to open a 3-1 lead. Victory in Helsinki next week would settle the outcome in that one.

Another fine display from Alexander Yeryomenko saw Dynamo move to within one game of wrapping up this playoff series. The goalie made 43 saves to frustrate Jokerit and pushed his SVG to an impressive 96.8% in three playoff games. The 38-year-old twice backstopped Dynamo to Gagarin Cup glory in 2012 and 2013; now approaching the end of his career, he’s showing some more inspired post-season form for the Blue-and-Whites.

The first period brought little sign of the goalkeeping efforts that were to come. The teams traded just 11 shots on target and Dynamo had a slight edge in terms of chances and time on the offense. More importantly, 16 minutes into the frame, Vladimir Bryukvin handed the Blue-and-Whites a 1-0 lead, firing off a shot from the left-hand channel that surprised Janis Kalnins and flew into the net. It was something of a goal out of nothing and it secured a crucial advantage for the home team.

Jokerit soon found itself enjoying a 5-on-3 power play at the start of the second period. During the PK, Yeryomenko lost his stick, but even that didn’t help the Finns tie the scores. Instead, Dynamo defended stoutly to kill the penalty. In the latter stages of the middle frame another flurry of penalties left Dynamo short-handed once again – and this time the PK was even better. Patrik Zackrisson, architect of the first goal, was alert to a loose pass from Kalnins; the home forward pounced on it as he leapt off the bench, exchanged passes with Dmitry Kagarlitsky and rifled home Dynamo’s second of the game. It was also the second short-handed goal in consecutive games for the Blue-and-Whites and it gave vital breathing space in this game.

The third period saw Jokerit adopt a ‘shoot-on-sight’ policy and the visitor fired in 23 shots at Yeryomenko. However, the Finns were unable to carve out that game-changing opening and as the play continued, frustrations bubbled over. A string of minor skirmishes midway through the session saw two players from each team into the sin bin. Late in the game, Kalnins was called to the bench but that gamble backfired when Andrei Mironov scored just five seconds later. The defenseman collected the puck deep in his own territory after Brian O’Neill lost the draw; a single blow sent it straight up the ice and into the empty net to seal the victory and pile the pressure onto Jokerit ahead of Tuesday’s return to Helsinki.

Dynamo was stronger than us today. Jokerit worked hard but nothing came off for us. And, as you saw, we’ve now conceded two short-handed goals. That’s not what we expect to see. We need to work on it.

Stats about shots don’t mean very much. We weren’t clinical enough with our chances, unfortunately, we weren’t as effective as we would like.

Of course we wanted to bounce back after that defeat. The guys were ready for this one, they worked hard and they battled to the end. True, we took a lot of penalties – something like 18 minutes – and we had to play 3-on-5, but we did well and stood up to it. Nobody wanted to give an inch, nobody was going to shirk a challenge.

Yeryomenko was great, once again he was our last line of defense. He played well on the road and moreover, when he rested we lost the game. We hope that he would have the strength to see it through as the opposition got more and more shots.

Jokerit is a good team. Look at their lines, how their attacking play is better than ours. Only our first line can match it, the others are not as good. But I think we look like we are better organized. 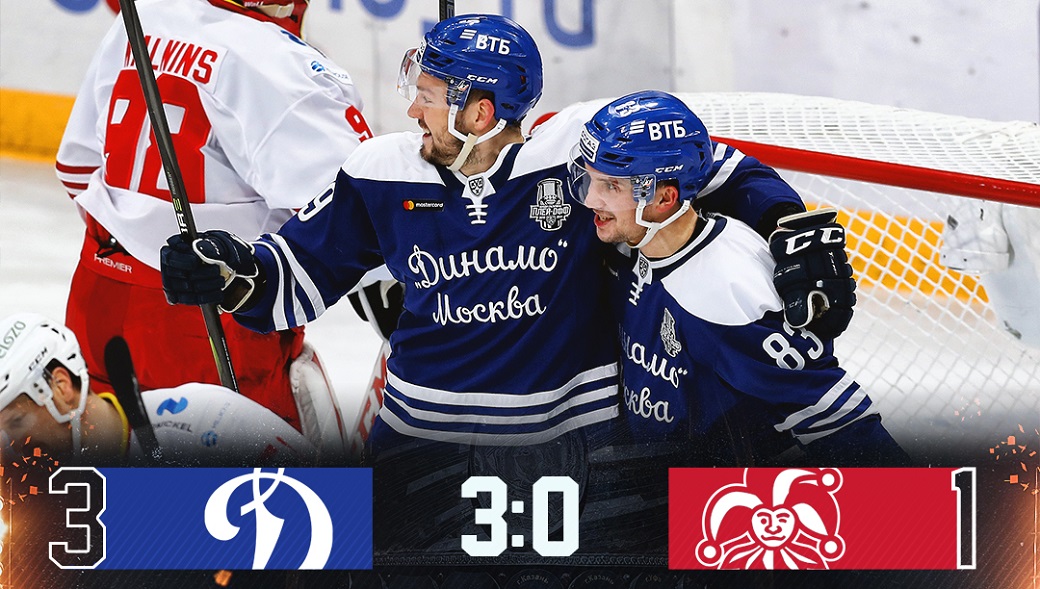 Lokomotiv leaves Sochi after seeing its 2-0 lead in this series evaporate beside the Black Sea. The home team secured a second successive win on Sunday to square the scores and throw this first-round match-up wide open once again.

The visitor opted to rest experienced D-man Jakub Nakladal and rang the changes on offense with four players replaced after Friday’s loss.

After getting back into the series with victory in game two, Sochi made a bright start to its second home game. Lokomotiv was pegged back from the first exchanges, and the host got its reward midway through the frame when Stepan Starkov scored of an Alexander Polunin feed from behind the net. Polunin, a graduate of the Loko academy, picked up his first point of the series against his former club.

However, the middle frame went in Loko’s favor and the visitor managed to tie the game when Nikita Cherepanov’s shot from the blue line was touched past Dmitry Shikin by the outstretched stick of Yegor Averin. But the visitor’s joy was shortlived and Sochi finished the session in the lead. Eric O’Dell picked the perfect time for his 100th point in KHL action, emerging from the penalty box in time to collect a pass from Sergei Shmelyov and beat Ilya Konovalov. O’Dell returned to the Sochi line-up for this game, and wasted little time in justifying his coach’s decision.

Now it was all about Shikin. Sochi’s goalie has established himself as a genuine equal to the experienced Konstantin Barulin and in the final frame he showed just why he’s been upping his game time this season. Among several fine saves, his reaction to a point-blank Brandon Kozun effort in the closing stages was perhaps the best of his 19 stops in the period. As time ran out, Konovalov went to the bench but it was Sochi that took advantage. O’Dell assisted for point #101 and Robert Rosen scored into the empty net to ensure that the series was tied at 2-2.

The teams meet again in Yaroslavl on Tuesday with everything to play for; Sochi has already produced its best-ever postseason campaign having never previous won two games in a series.

We’ll start all over again. Now the score is 2-2, we’ll settle the series in the next three games.

The previous game could have gone either way. Why did you make so many changes to the roster today?

I’d like to congratulate the club. This is the first time we’ve managed to win two games in a playoff. Let’s hope there’s still more to come. Today was hard. We did well to score first – that advantage really lifted us. But the opposition pressed us, it wasn’t easy, but our attitude and character really shone through. Shikin was excellent today

Today there weren’t any defensive errors. Why was the team more assured than in the first game?

There were mistakes, there always will be. But the big question is how the guys respond to them. I’ve already talked about how we want to play very disciplined hockey, especially when we find ourselves spending a lot of time in our zone. Today there was no panic, everyone held his position, everyone stood strong. That was the only difference. 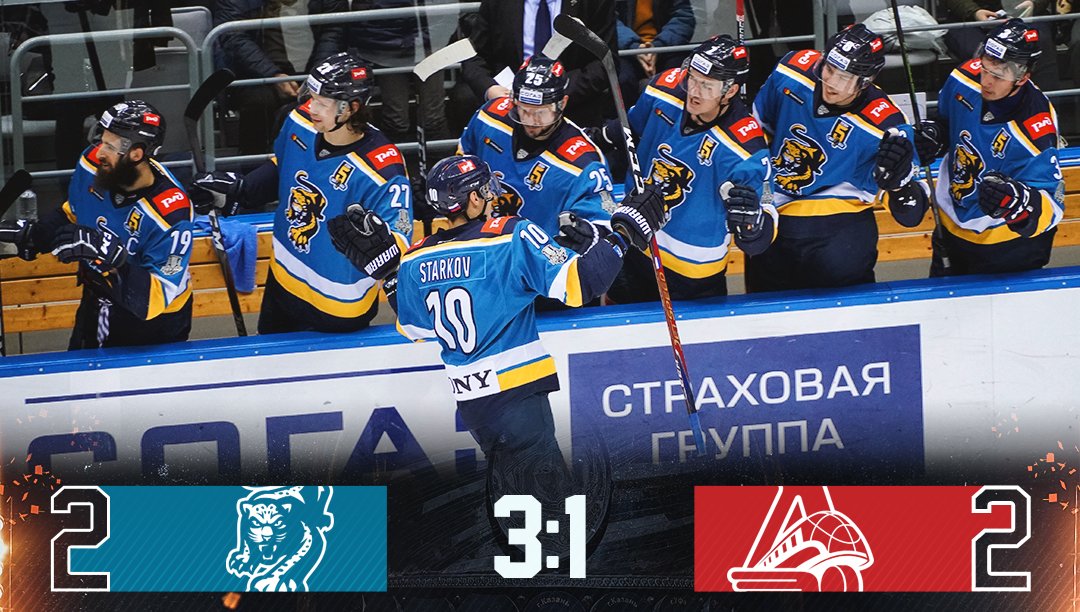