Open-air thrills, new records and the playoff race – the KHL Week in Review

Dinamo Riga is in the thick of the race for a playoff place – but still found time to stage an outdoor festival of hockey around its vital 3-1 win at home to Dinamo Minsk on Friday evening. Elsewhere, there were individual records for two players, while CSKA set a new team record when it won its 50th game of the season.

Riga stages a festival of hockey

The Winter Ice Break is fast becoming Latvia’s hottest winter tradition. The second edition of Dinamo Riga’s open-air game against Dinamo Minsk brought another big crowd to enjoy the unique atmosphere of hockey beneath the Baltic skies. Riga picked up a 3-1 victory to send most of the fans home happy, and the players enjoyed the occasion. Colton Gillies, Riga’s Canadian forward, thanked the fans for inspiring the team to victory: “They’re definitely the best in this league and we’re delighted that we could get the win for them,” he said. “I’m really happy that I’m playing in Latvia.” For the visitor, Teemu Pulkkinen was happy about everything except the result. “A full stadium, great fans – what could be better? Everyone looks forward to games like this because you never know if you’ll get another chance in your career. This was my fifth game in the open air and it’s always lot of fun.”

SKA’s Nikita Gusev is out in front in this season’s scoring race – and last week he collected his 61st assist of the campaign to set a new KHL record. His helper in Friday’s win over Jokerit saw him overtake Alexander Radulov’s 60 assists for Salavat Yulaev back in 2010-11. Radulov finished that season by lifting the Gagarin Cup: can Gusev help SKA to do the same this year?

Friday also saw a KHL record for CSKA as the Army Men defeated Slovan to record their 50th win of the season. That improves on the club’s previous best of 49 and leaves the Muscovites on the brink of clinching a fourth regular season championship in five years. That prize could be secured on Monday if Igor Nikitin’s team beats playoff-chasing Vityaz and SKA to Lokomotiv in regulation. That wasn’t the only record CSKA managed during the week. Kirill Kaprizov potted the game-winner against Ak Bars to get his 11th winning goal of the season and equal the KHL record.

Barys Astana clinched the Chernyshev Division title on Saturday despite a shoot-out loss at home to Avangard. The visitor was the Kazakhs’ closest rival for the prize but needed to win in regulation to be in with a chance of stealing first place in the final week of the season. It’s the second time Barys has won its division and the team is still in the running to win the Eastern Conference and record its best ever regular season result. However, Avtomobilist can secure top spot with victory at home to Neftekhimik on Monday as the Yekaterinburg team enjoys its strongest regular season showing in the KHL.

As the final week of action gets underway, the race for the remaining playoff places is still very much live. In the Eastern Conference, Torpedo secured its spot last week to leave a two-way tussle for eighth place. Traktor currently has a two-point advantage over Sibir, and has a game in hand. In the event of a tie, though, the Siberians would have the edge in terms of wins in regulation. In the West, it’s a three-way fight. Sochi’s win in Minsk on Sunday lifts it to seventh but the Black Sea team has played a game more than Vityaz and Dinamo Riga. The Latvians have a three-point gap to make up on the top eight and finish the season with a home game against Slovan before trips to Severstal and CSKA. 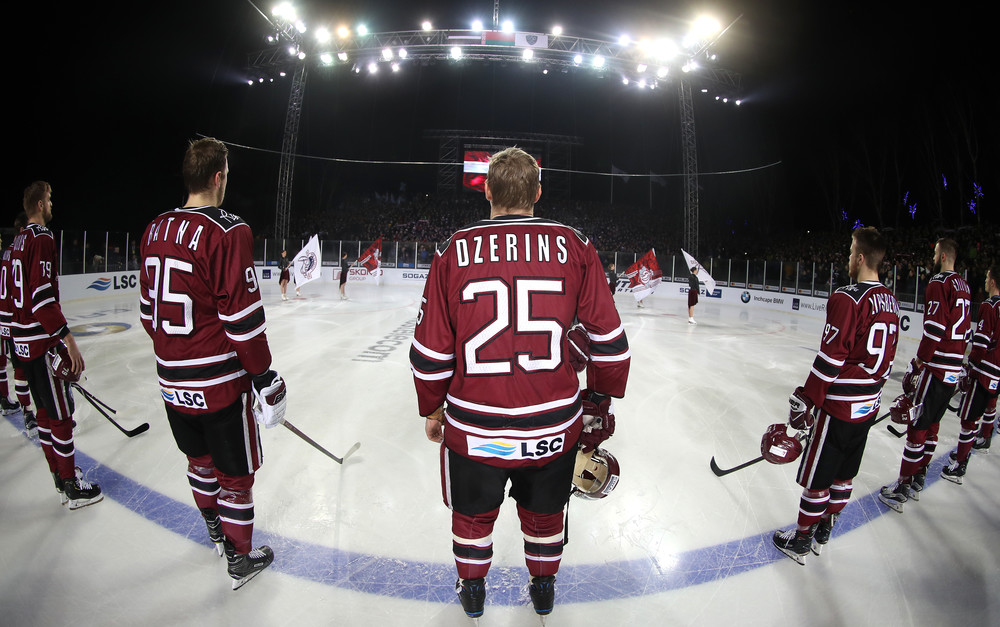