The KHL staged its latest seminar on hockey technology in Moscow last week. During the two-day event experts discussed all the technical aspects of staging top-level games, from lighting to preparing the ice. In addition, plans for three new KHL arenas in Novosibirsk, Nizhny Novgorod and Yekaterinburg were presented at the event.

Seminar participants included representatives of the Russian Hockey Federation, the clubs of the KHL, Youth Hockey League and Women’s Hockey League and specialists in arena management. They were joined by national and international suppliers of sports equipment to discuss ways of improving the lighting of arenas and enhancing the quality of TV images, as well as preparing and maintaining the ice surface.

“It’s always useful to share ideas with our colleagues,” said Maxim Gritsay, executive director at Metallurg Magnitogorsk. “When people start with new ideas, develop something more sophisticated, we can all learn from that experience. It is important that the KHL brings together experts from different fields at this seminar. I was especially interested to hear about new ways of getting fans into the arenas, of improving the lighting and of preparing the playing surface. I have long been familiar with the work of Galina Goncharova, a Doctor of Technical Sciences, who spoke in detail about the best ways to prepare the ice for KHL games.”

Taming the Arctic with hockey technology

“Ice is a very special substance, it’s absolutely unlike a solid playing surface,” explained Goncharova, a member of the International Academy of Refrigeration. “And hockey ice faces a greater burden than the playing surface of any other sport. Nobody carves up the ice like hockey players. Speed skaters need one kind of ice, figure skaters another and hockey players a third. These days, nobody skates on ‘pure’ ice, everyone uses some additives to make the best possible surface for their sport. This kind of work with ice is a real art and we are seeing hockey technologies used in many ‘real-life’ activities, such as transporting heavy loads across the Arctic.” 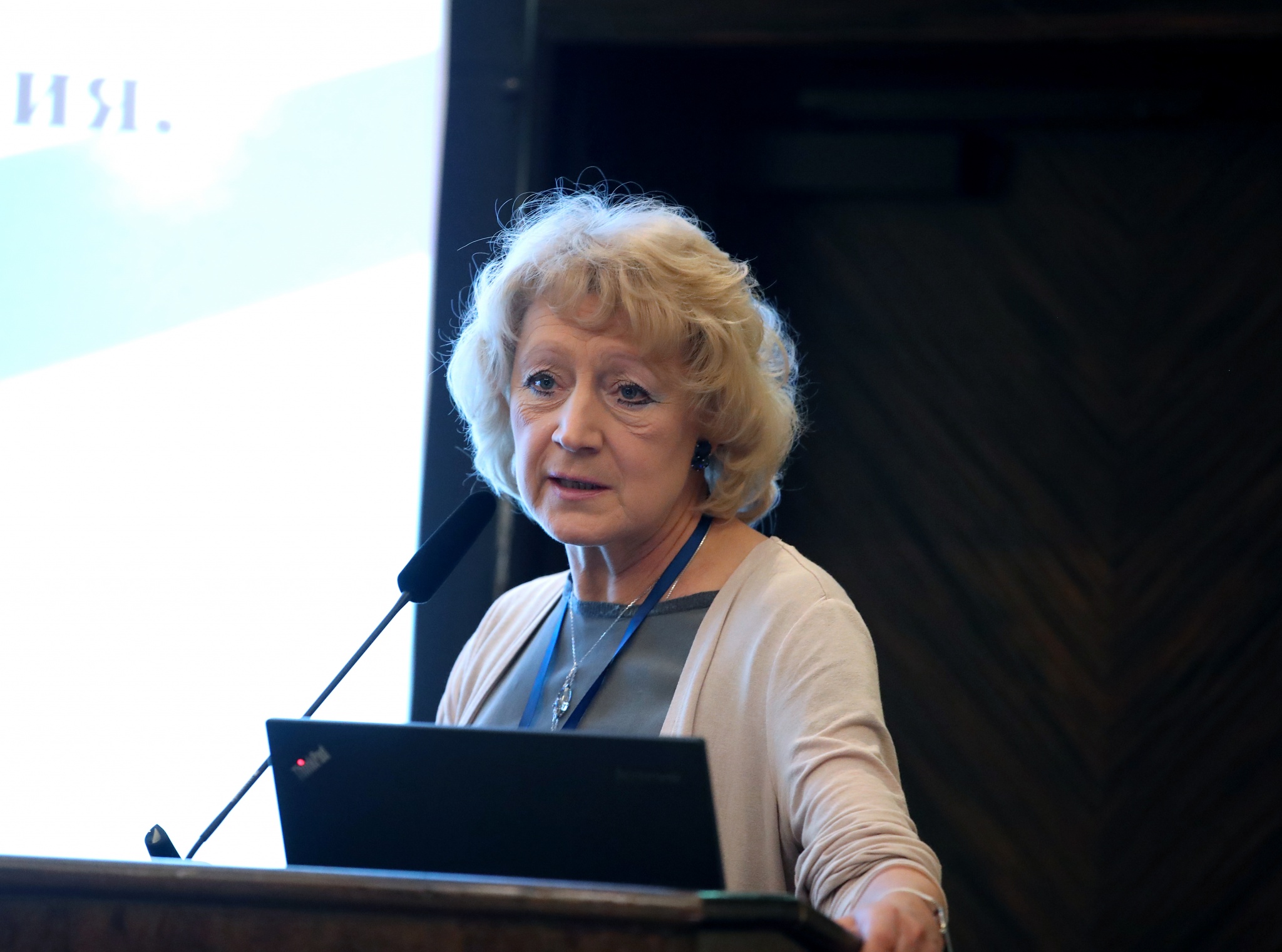 The seminar also featured a special exhibition by the leading manufacturers and suppliers of sports technology. Among the highlights was an electric ice-cleaning machine, more eco-friendly than established models. And ‘green’ arenas were the basis of a presentation by Dr. Nikolai Shilkin.

Let there be light!

Several presentations talked about improved lighting in KHL arenas – and a consequent improvement in TV images. “There are several arenas where we would like better lighting. It affects what viewers can see during the broadcast,” said Match TV’s chief technologist Vladislav Fedorov. “Now we have new LED technologies that do not flicker, do not dazzle spectators and spread light more evenly over the ice. The requirements and standards are changing quickly and technology is advancing. What seems groundbreaking today will be run-of-the-mill in five years time.”

Advertising screens in the ice

The seminar also discussed the progress towards fundamentally new surfaces for advertising and the possibility of installing LED screens into the ice itself. Ivan Kazantsev, Director General of OIC, showed how similar technology was already in use at some public skating venues. “We have frozen LED screens into the ice at Balashikha in a test and everything works just fine,” he said. “These ice screens can be used in the same way as animated hoardings on the sidelines, or multimedia screens around the arena. I think it looks striking and effective and can emotionally engage spectators during the most exciting moments of the game.”

Alexei Anisimov, the KHL’s senior referee, focussed on improvements to the ‘videogoal’ system that helps officials make decisions during the game. “Once again, we reminded the boffins of all the nuances of the technical regulations of the KHL,” he said. “We especially emphasized the next stage, the transition to 1080i, which is due to be implemented next year. This format will make life easier for referees, we will have 50 frames and 16 channels on the storyboard. In last month’s All-Star Game in Kazan we experimented with chips in pucks and that looks like the future. We need to run more tests and find out how accurate the sensors are. The ultimate aim is to use this not only to confirm that the puck crosses the goal line, but also to rule on high-sticking incidents.”

Plans for new arenas to be built in Yekaterinburg, Novosibirsk and Nizhny Novgorod were also presented at the seminar. The first to open is scheduled to be a new home for Avtomobilist at a sports complex in the capital of the Urals.

“The new arena will be in the heart of the city, near the “Ploshchad 1905 goda” Metro station,” said Sergei Yerypalov, the director for capital construction and investment at UMMC Holding. “Construction will start on March 1, 2019, and will continue until the spring of 2021. The finished complex will have a 15,000-capacity arena, a practice rink and a warm-up gym, all under one roof.”

Alexei Orlov, deputy general director of PI Arena, introduced the new builds in Novosibirsk and Nizhny Novgorod. “The arena in Nizhny Novogorod will have a 12,000-seater rink, a practice rink and a curling lane,” he said. “We plan to start construction in a month and a half and we expect the finished arena to be commissioned in September or October 2021.

“In Novosibirsk, fans have waited a long time for a new arena and now they need be patient just a little longer. First, the city will host the World Junior Championship in 2023 and immediately after that, Sibir will adopt the arena as its home. Building work is due to finish in the fall of 2022.”