Hartley wins another trophy as Maione steals the show

Tatarstan was the perfect host for the KHL All-Star Week and Kazan staged a fantastic finale. From Mathew Maione’s singing to Zinetula Bilyaletdinov’s penalty shot, it was a weekend of indelible memories.

Team Chernyshev sweeps the board

The Chernyshev Division has a proud All-Star record. In the three seasons since the KHL adopted a four-team mini-tournament, Team Chernyshev has now secured two golds and one silver. This season, for the first time in history, it won both the Skill Show and the All-Star Game. Under the guidance of Avangard head coach Bob Hartley – a Stanley Cup winner with Colorado – and hockey broadcaster Maria Bass, Team Chernyshev edged team Bobrov 4-3 in the final after winning an Eastern Conference clash against Team Kharlamov. The bronze went to Kharlamov after a dramatic finale left it tied 7-7 with Team Tarasov; a shoot-out gave the verdict to a team stacked with Ak Bars players. 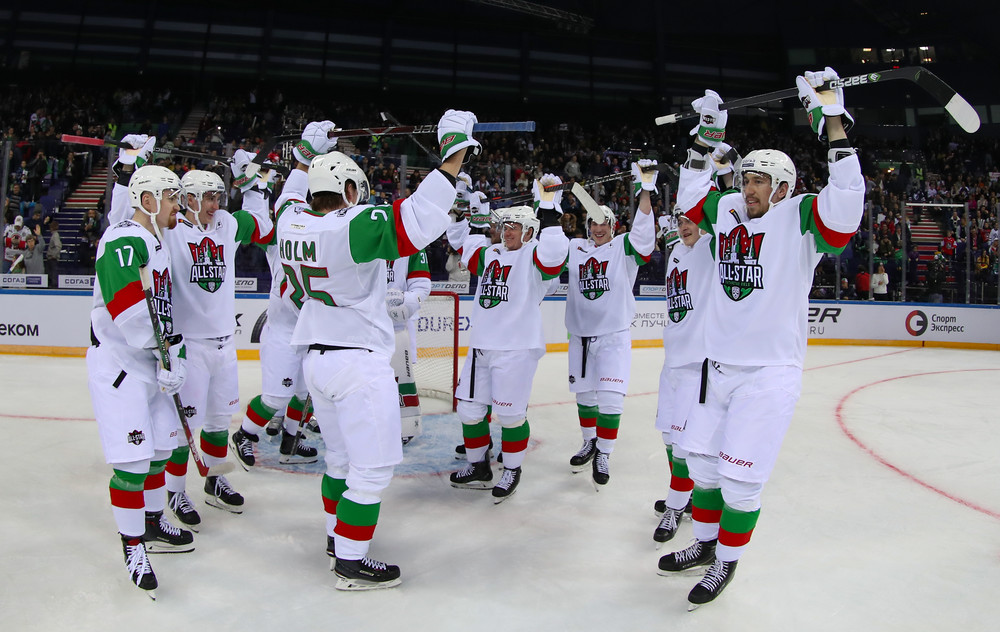 There was an unexpected player joining Team Kharlamov on the ice. Head coach Zinetula Bilyaletdinov, by reputation one of the strictest, least smiley coaches in the game, hopped over the boards to take a penalty in the semi-final against Team Chernyshev. As a player, Bill was an Olympic champion defenseman; sadly his offensive skills weren’t enough to beat Juha Metsola.

“My assistant, Darya Mironova, helped me decide to take a shot,” he smiled. “And it’s true, I wanted to have a go myself. Hopefully it didn’t look too bad to the fans. As a player I never took penalty shots; I was a D-man and we had forwards who could do that much better than me.”

As for Metsola, he was a little sheepish about his save. “I tried to let it in, but it really wasn’t a good shot,” joked the Salavat Yulaev goalie. “There was nothing I could do, it was never going to get to the net. Things like that make the All-Star Game a great way to chill out. We can just play for the fun of it and nobody takes it too seriously.”

By tradition, each division is coached by one of this season’s leading head coaches. But, by a new tradition, he is assisted by one of Russia’s leading female hockey broadcasters. This year saw Mironova, Bass and Natalya Klark return while Evgeniya Golovina made her debut behind the bench. And, as we’ve seen, Mironova had no fears about advising the multi-titled Bilyaletdinov about his game plan. They weren’t the only women involved. Two stars of the Women’s Hockey League All-Star Game, Nicole Chupkova and Maria Pechnikova, were invited to the big show, while the on-ice officials for the Skill Show were also drawn from the WHL. 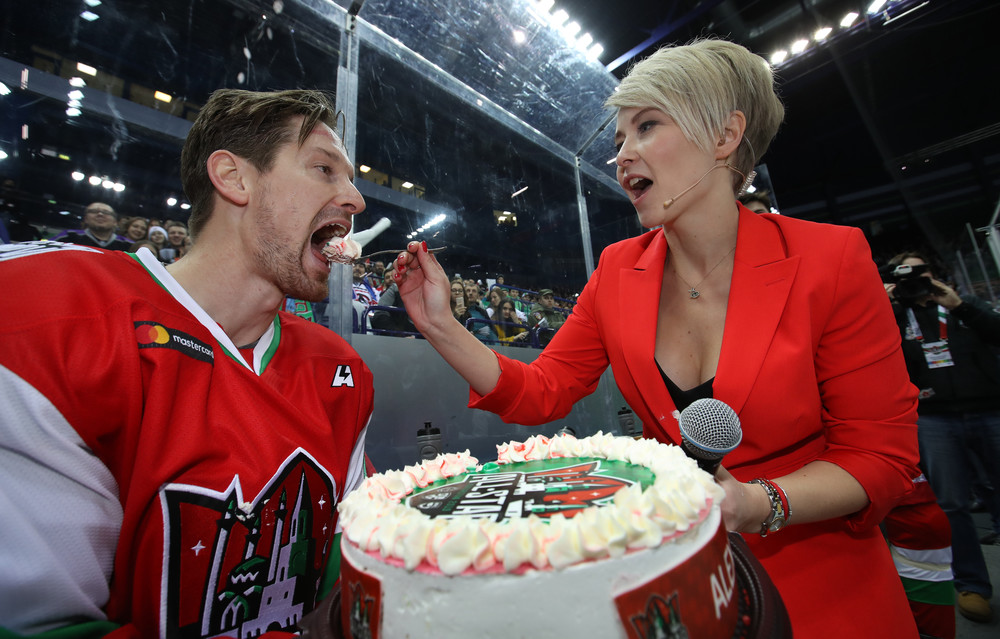 Making a song and dance of it

The All-Star Game has a history of unearthing hidden talents – and this year it was Dinamo Riga defenseman Mathew Maione who revealed an unknown skill. On Saturday, he whipped out his guitar and wowed the crowd with a rendition of a song by the Lumineers, one of his favorite bands. Maione’s guitar goes everywhere with him; after winning the Slovak championship he performed a similar recital at the end-of-season party.

Julius Hudacek, meanwhile, is best known for his funky moves. The Huda-show that celebrates a Spartak win got an outing here when he led Team Bobrov to the ice for the Skill Show. This time, he even had a dance partner – Chupkova joined in to make a grand entrance that threatened even to overshadow the impressive opening ceremony with its cast of 400 dancers on the ice of the Tatneft Arena.

All-Star Game – thrills and spectacle at the Skill Show

All-Star Games wouldn’t be the same without some unique uniforms. This year’s sartorial notes were sounded by Konstantin Barulin’s imposing top hat and tails, an outfit that made him seem bigger than ever in front of the net. At Avtomobilist, it’s ‘one for all and all for one’, so the team’s four representatives took their cue from the Three Musketeers. Jakub Kovar, Stephane Da Costa, Nikita Tryamkin and Nigel Dawes donned the attire of the age of chivalry; the fourth member of the group got to be D’Artagnan. 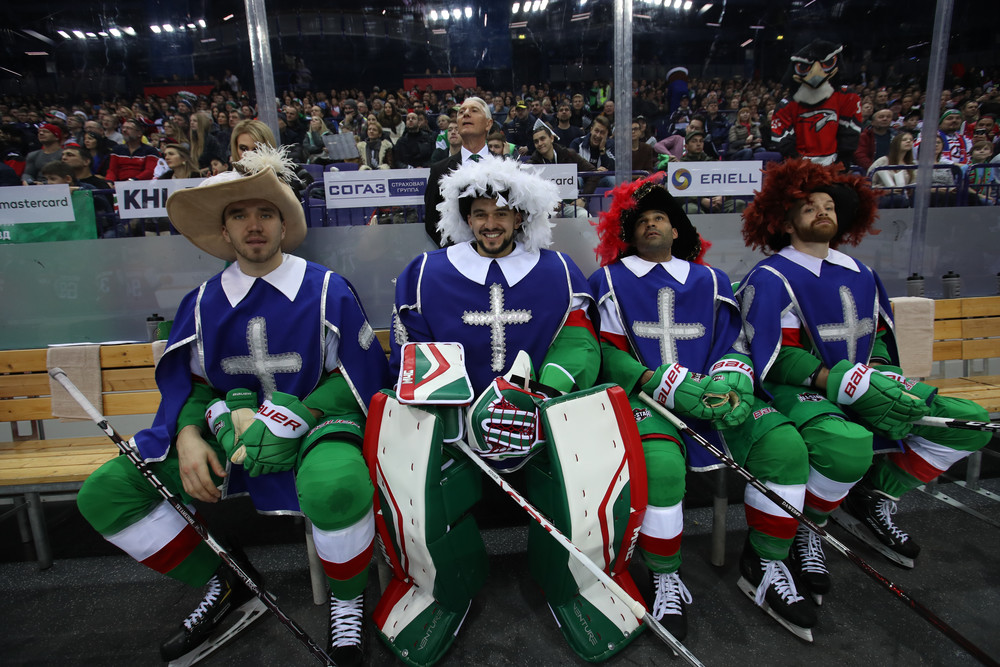 For the first time, the KHL trialled a special ‘smart’ puck. Combined with microchips in the players’ jerseys and sensors around the arena, this generated a huge stream of new statistical data about the game. And it turned out that the strict fitness training of Barys head coach Andrei Skabelka really does make a difference – two of his players came top of the charts. Roman Starchenko was the fastest skater, reaching 37.1 km/h, while Darren Dietz covered more ground than anyone else, skating 6,112m in 40 minutes of hockey. “I was trying to burn off everything I ate this weekend,” the Canadian joked afterwards. “I wanted to keep the coach happy.” 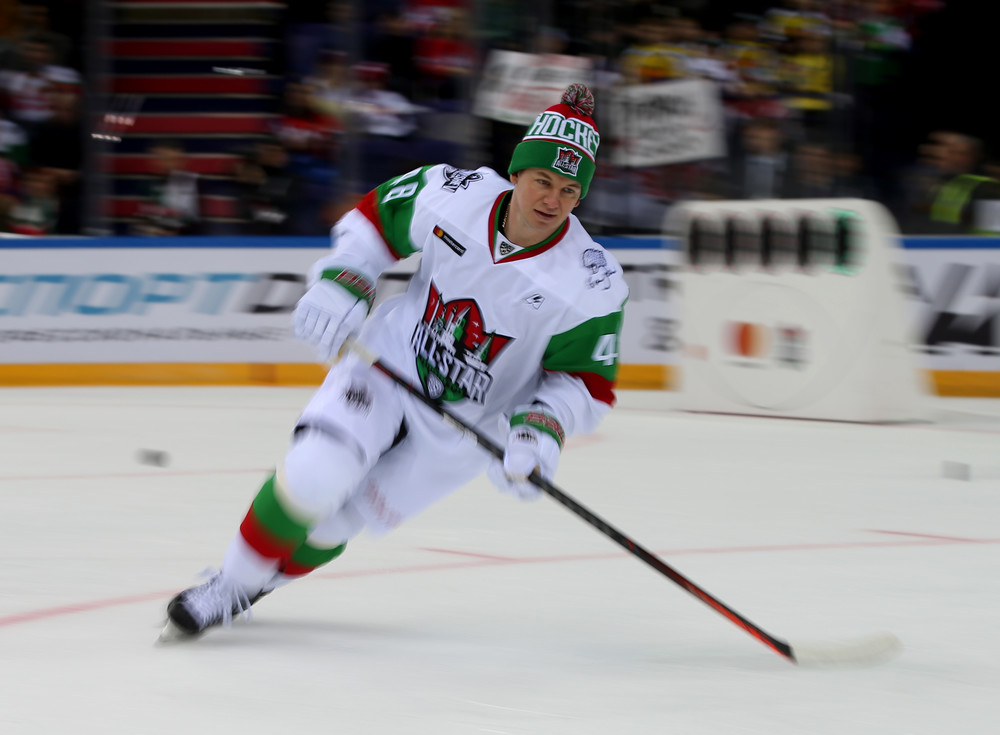 During the All-Star Week, Salavat Yulaev confirmed that it will represent the KHL in next season’s Spengler Cup. The prestigious exhibition tournament is staged each December in Davos, Switzerland and traditionally invites some of the leading teams from Europe plus a Canadian select roster. Salavat Yulaev has twice been runner-up, in 2007 and 2014. Teams from Russia and the USSR have won the trophy 17 times; additionally the KHL’s Dinamo Minsk won in 2009 and Dinamo Riga was runner-up in 2011. 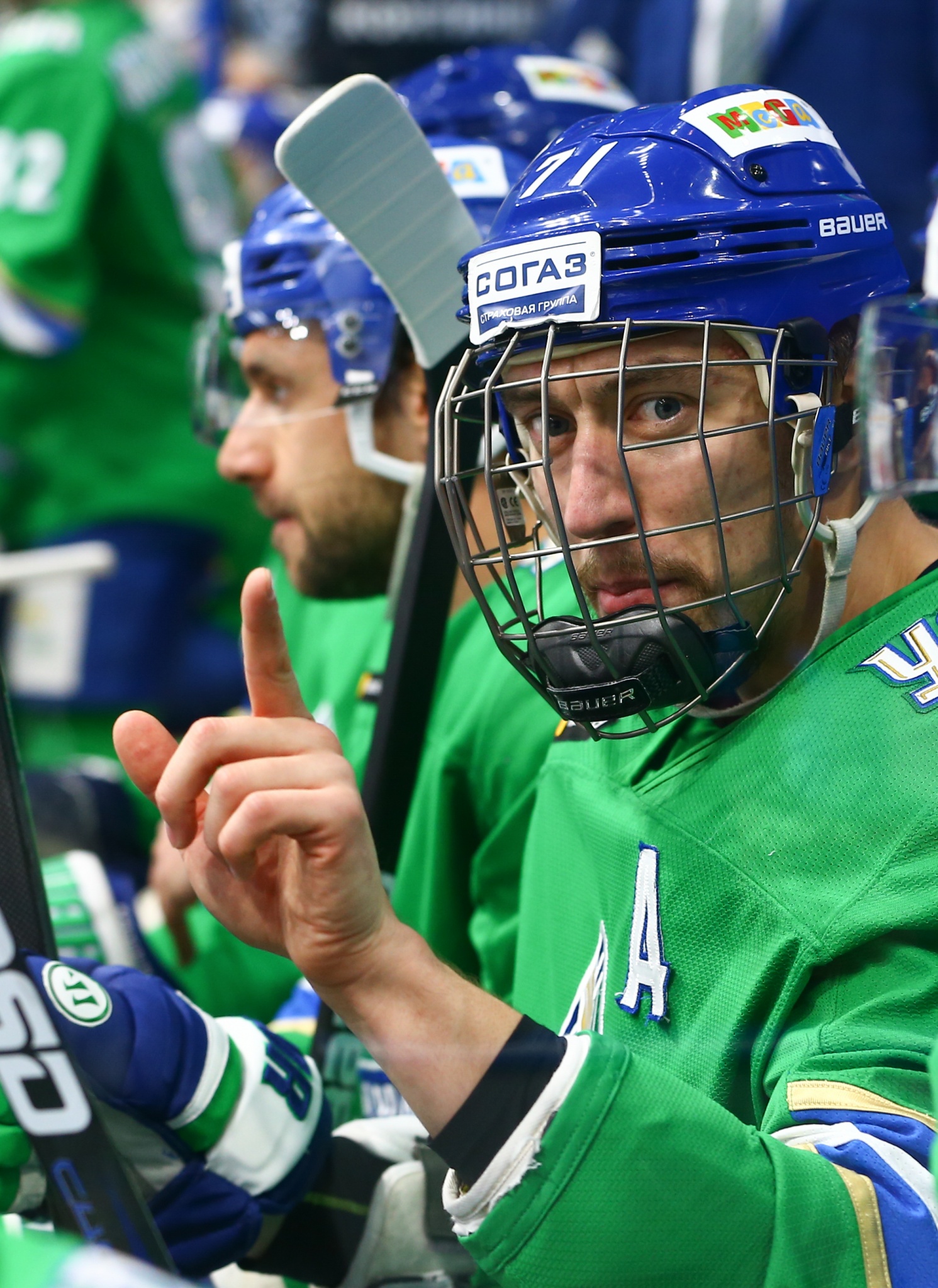