The KHL goes to Great Britain – KHL review of the week

Last week was dominated by the KHL World Games in Zurich, and there was big news about more KHL teams playing games in Britain early next year. Around the rest of the league, Sergei Mozyakin reached 700 games in the league, the All-Star line-ups were completed and we saw the first ‘Chinese’ hat-trick in the competition.

KHL head across the English Channel

The on-going efforts to bring the league to a wider audience continue and, after visiting Austria and Switzerland, Britain is the next country to get involved. The British national team is back at the top level of the IIHF World Championship for the first time in 25 years and, as part of its preparations, has arranged three exhibition games against KHL opposition. On Feburary 6, Dinamo Riga will face Team GB in Coventry. Then, just before the action starts in Slovakia, Torpedo Nizhny Novgorod is heading over the English Channel for back-to-back games on April 27 and 28 in Nottingham and Sheffield.

The final places on the All-Star rosters were confirmed in the week, with the KHL selecting 16 more players. They include World Champion goalie Magnus Hellberg (SKA), Finnish D-man Miika Koivisto (Dynamo Moscow), Slovan’s Czech forward Michal Repik and Sochi’s Canadian goalscorer Eric O’Dell. In the Eastern Conference, there were nominations for Juuso Puustinen of Neftekhimik and Stephane Da Costa at Avtomobilist, plus Amur blue liner Jan Kolar. The games will take place in Kazan in January.

Danis Zaripov set an all-time record with his 1,164th game in top level Russian hockey last week. But he’s on 658 appearances in the KHL, a little way behind the league’s leaders. Sergei Mozyakin, master marksman and record-breaking goalscorer, is set to play his 700th game when Metallurg goes to Barys on Monday. That’s a landmark for the forward, but the overall appearance record is held by his clubmate Evgeny Biryukov. The defenseman is one ahead of Mozyakin and got to 700 in Saturday’s 2-1 win over Avangard. 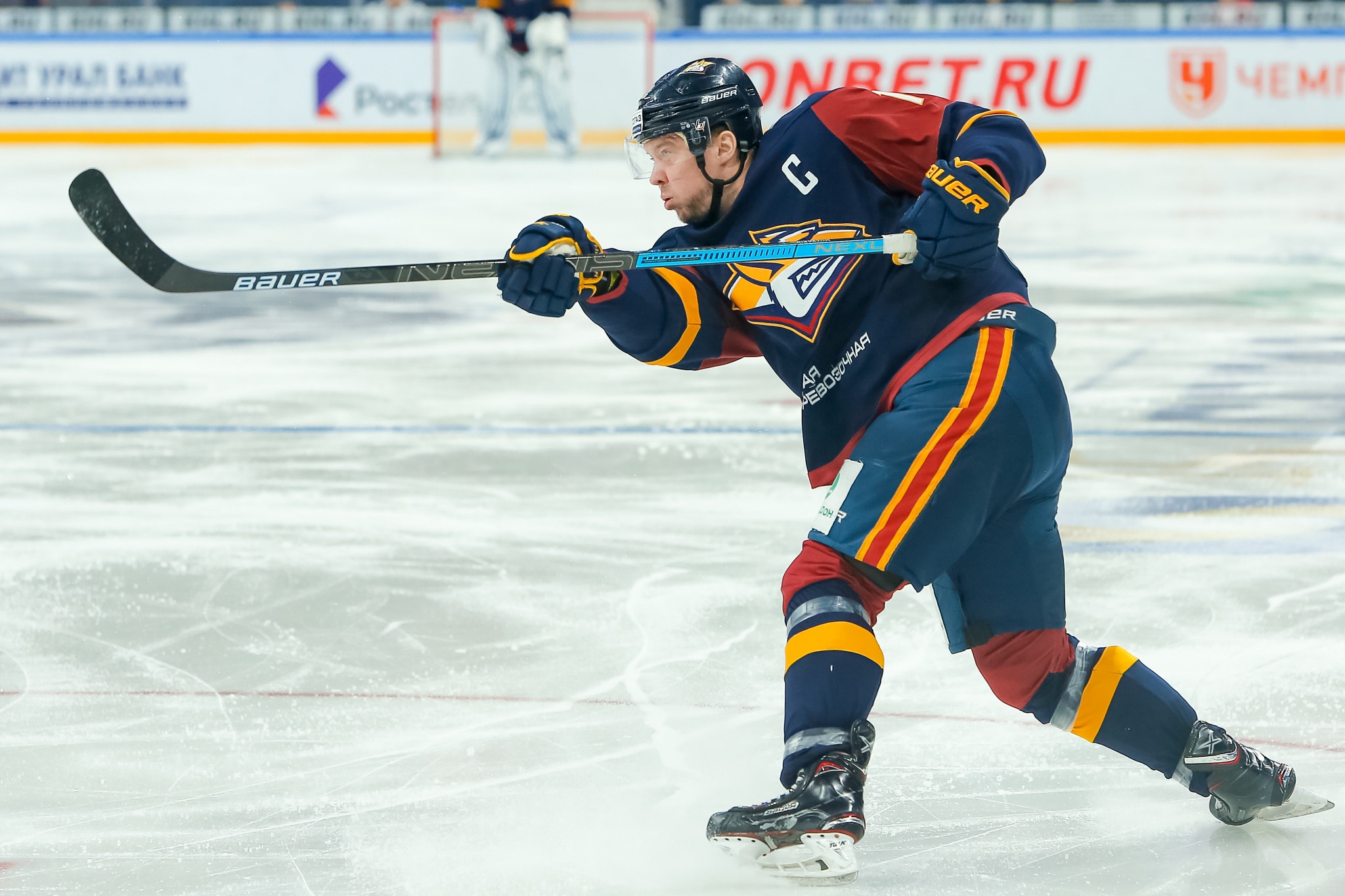 Finale of the week – Kunlun Red Star vs Sibir

There’s nothing like a bit of drama to attract new fans to the game – and that’s what the Red Star project is all about in China. But the events at the end of Wednesday’s home game against Sibir took things to a new level. Kunlun was down 1-5 at the start of the third period, and still trailed 3-5 in the last minute. Then came Olli Palola. The Finn scored twice in 12 seconds to complete an incredible comeback and secure a valuable point in his team’s push for a playoff place. However, Sibir rolled with that blow and took the verdict in the shoot-out.

Palola became the first player to score a hat-trick for Red Star; the following day brought another landmark. The teams met again and Brandon Yip potted a treble of his own. Apart from earning a 4-2 win, that one added a little bit of history: Yip, Vancouver-born of Chinese parents, became the scorer of the first ‘Chinese’ hat-trick in KHL history. “It’s pretty cool. It’s just one of the those things that you don’t think about it too much, but it’s always nice when it happens,” he told the club’s website.

Those games in Shanghai also saw Sibir’s recent signing Shane Prince maintain his impressive start to life in the KHL. The former Islander picked up 1+1 in that 5-5 thriller, and added another helper in the 2-4 loss. Following a debut goal in a 3-2 win at Amur, the 26-year-old American has 2+2 in three games since arriving from Swiss team Davos.

Barys has signed Swedish defenseman Viktor Svedberg to reinforce its defensive options. Noted for his size – the Gothenburg native stands at 204 cm – he arrives after five seasons in the Blackhawks organization, where he wore the ‘A’ for the AHL affiliate last season. Svedberg also totalled 30 NHL outings in Chicago, but the 27-year-old opted to return home in the summer and joined Linkoping before signing for Barys last week.

Alexander Burmistrov was part of a blockbuster trade during the week, moving from Ak Bars to Salavat Yulaev. The forward, who played for Winnipeg, Arizona and Vancouver during a three-year stint in the NHL, returned to Russia late last season in time to help Ak Bars lift the Gagarin Cup. But the 27-year-old was struggling this season, with just five points from 27 games. Eastern Conference rival Salavat is finding it hard to score right now and decided to make a swap in a bid to freshen up its front line; Vyacheslav Osnovin, 24, goes in the other direction.

Jokerit has acquired the rights to another Finnish prospect. Saku Maenalanen, 24, crossed the Atlantic in the summer after helping Karpat to the Finnish title last season. That was the third time he featured in a championship team in his homeland. However, after joining up with the Carolina Hurricanes, Maenalanen found himself assigned to the AHL, where he has 11 (4+7) points from 23 games. Jokerit traded with Sibir for the player’s KHL rights; the Siberians now have first refusal on 21-year-old Swedish forward Jens Looke, currently in his second season with the Coyotes organization and playing in the AHL.