Hockey all over the world – the KHL week in review

Forthcoming attraction of the week – The KHL World Games

It’s coming! Hockey fans in Vienna, Austria, have a treat in store this week as the KHL visits their city for the first time. Slovan Bratislava is relocating a little way up the Danube to play its home games against CSKA and SKA at the Erste Bank Arena. October 26 will see Austria become the 14th country to host KHL action – in addition to the seven current KHL nations, the league has also featured teams from Croatia, Ukraine and the Czech Republic in the past, while Estonia, Lithuania and Switzerland have staged one-off encounters. This week’s international action isn’t all about Austria, either. On Friday and Sunday, Jokerit heads to Tallinn, Estonia, for games Spartak and Severstal.

From Davos to Bobruisk. What other cities hosted KHL games?

Leader of the week – Mathew Maione

Sure, we had him last week. But since then, Dinamo Riga’s defenseman has fired himself to the top of the KHL scoring charts. Two assists against Spartak and a goal at Vityaz lifted Maione to 24 (6+18) points and moved him one clear of SKA’s Nikita Gusev (6+17) and Patrik Hersley (9+14). It’s also helped Dinamo to three wins from four games and a place in the top eight in the Western Conference.

Leaders back on track. October 19 round-up

When Jussi Tapola took the KHL’s Chinese franchise to CSKA, the host was on a 12-game winning run. Not many expected Red Star to do much in Moscow, but the Dragons had already enjoyed a 4-3 win at defending champion Ak Bars and duly repeated that scoreline against last season’s runner-up as new goalie Barry Brust enjoyed a winning debut and Olli Palola scored twice. That wasn’t the only surprise on Tuesday: league leader Avtomobilist lost for the first time in 19 games when Barys took a 2-1 verdict in Yekaterinburg. Both high-fliers have bounced back, though, winning their next two games. In CSKA’s case, that included a shoot-out success in a heavyweight clash against SKA.

Shoot-out of the week – SKA vs CSKA and Maxim Shalunov

Scoring in a shoot-out takes nerves of steel. Scoring twice in a shoot-out is something special. So step forward, Maxim Shalunov! The CSKA forward scored three times in Sunday’s shoot-out win over SKA. It was a high-pressure situation: the teams were locked at 1-1 after regulation in this battle for the leadership of the Western Conference. Shalunov’s first attempt, in the fifth round of the shoot-out, saved his team from defeat. In the first round of sudden death he cancelled out Pavel Datsyuk’s successful attempt. Then, in the second round of sudden death, Shalunov scored again while Ilya Sorokin denied Nikita Gusev and CSKA took the win.

That’s the average crowd in the KHL at the end of last week, with the first third of the season almost complete. Good news or bad news? Judge for yourself. It’s the second biggest average crowd at this stage of any KHL season – only the 2014-15 campaign, with 6,263, managed slightly better. And that’s despite the problems at Avangard, forced to relocate 2,600 km to Balashikha due to problems with its rink in Omsk. CSKA Moscow, whose shorter relocation across the capital boosted its capacity, has the biggest upswing – a 124% increase in spectator numbers compared with last season.

Start of the season’s attendance: the second-best ever 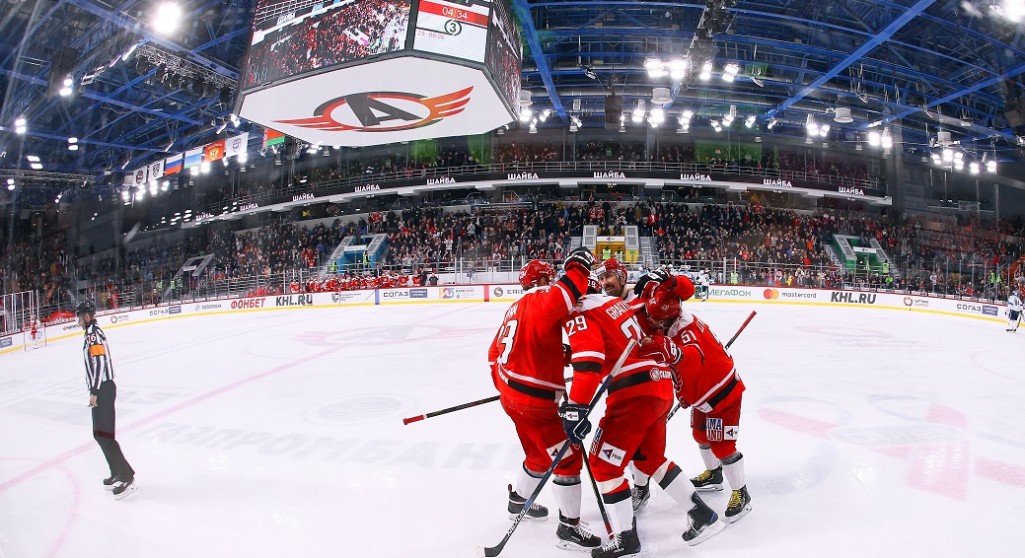 Things are not going well for Gordie Dwyer and his team in Belarus. A 0-6 drubbing at Sibir on Saturday made it eight defeats in a row and Monday’s trip to Astana sees Dinamo Minsk on the brink of setting an unwelcome club record of nine straight losses.