Swedish gold, the KHL in the Hockey Hall of Fame – the KHL week in review

A tough tournament for Russia ended in delight for Sweden as the Tre Kronor became World Champion once again on Sunday night. Elsewhere, there was international recognition for the KHL’s development and a Dynamic flurry of transfer activity.

Everberg, who was also part of the Tre Kronor’s champion roster last season, played in Sunday’s final as the Swedes edged past Switzerland 3-2 in a shoot-out. The forward finished the tournament with one goal and one assist in 10 games. Hellberg was used as a back-up to former Ak Bars goalie Anders Nilsson, but featured in three of his team’s games. He collected one shut-out and one shoot-out victory, allowing five goals in his appearances for a GAA of 1.63 and an SVG of 93.75%.

It proved to be a frustrating tournament for the KHL’s sizeable contingent in Denmark. Russia failed to win a medal for the first time since 2013 (coincidentally, that year also saw Sweden beat Switzerland in the final), Finland missed out after a quarter-final loss against the Swiss while Belarus was relegated after a shambolic performance in Copenhagen. There was better news for Latvia, which reached its first quarter-final since 2009 and pushed Sweden all the way before losing 2-3.

The KHL in the Hall of Fame

To celebrate the end of the 10th KHL season, a collection of exhibits has been donated to the Hockey Hall of Fame in Toronto, Canada. A miniature replica of the Gagarin Cup takes pride of place, alongside the equipment that Danis Zaripov wore in the Gagarin Cup final series against CSKA Moscow. The Ak Bars forward collected his fifth KHL title after helping the Kazan team to victory. The collection also included winners’ medals from the last two seasons and a commemorative medal from the 2018 Week of Hockey Stars in Astana, Kazakhstan.

Phil Pritchard, Hockey Hall of Fame vice-president, said: “The Hockey Hall of Fame is proud and delighted to receive several items from the history of the KHL. It represents an important part of the development and popularization of our game throughout the world. We look forward to a long and successful cooperation with the KHL.”

KHL trophies in Hockey Hall of Fame in Toronto 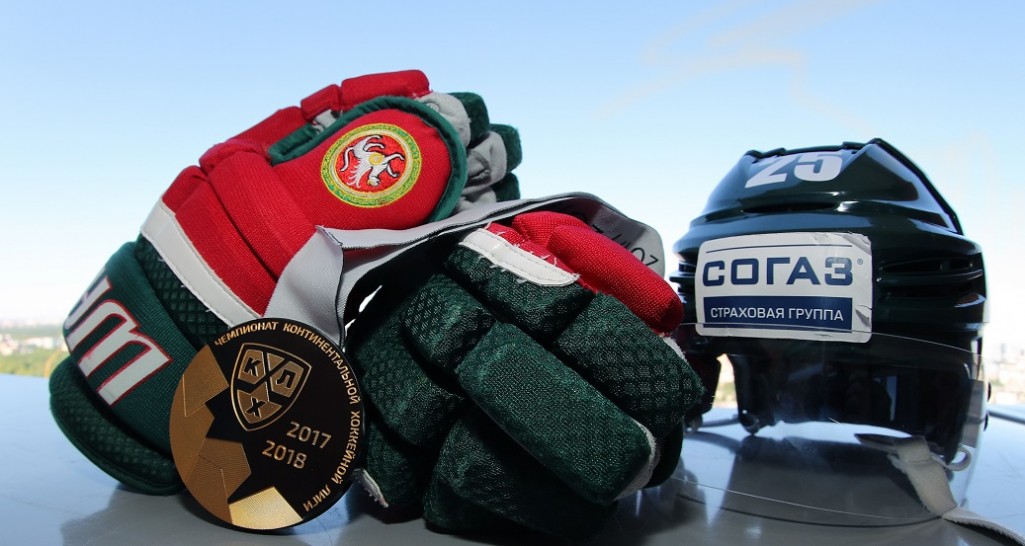 Dynamo dips into the market

Dynamo Moscow failed to reach the playoffs last season for the first time in the KHL. And the two-time Gagarin Cup winner has responded by rebuilding its team ahead of the coming campaign. This week saw some big signings unveiled by the Blue-and-Whites, including an Olympic champion.

Vadim Shipachyov was part of Oleg Znarok’s gold-medal roster in Korea, albeit one who only featured in one game. He’s also been part of two Gagarin Cup wins with SKA but has opted to switch to Dynamo for the 2018-19 season. He’ll be joined in Moscow by Dmitry Kagarlitsky, so impressive last season for Severstal, and Maxim Afinogenov, the ageless winger of Vityaz. 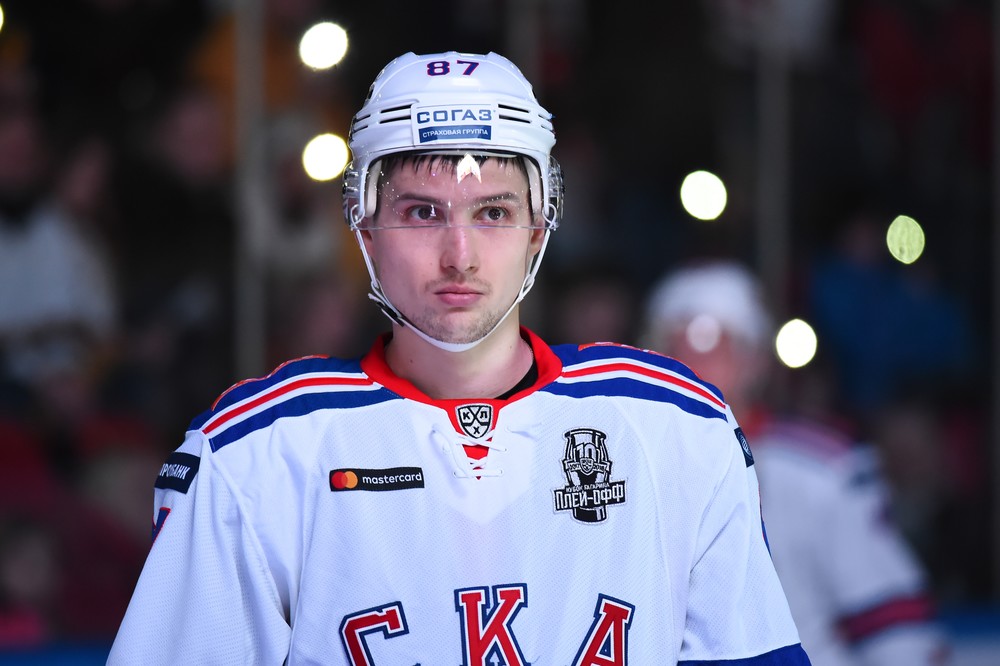 Garipov: two years, then the NHL?

Ak Bars goalie Emil Garipov is coming off the best season of his life. First choice for his team throughout a successful campaign, he wrapped it up by backstopping the team to Gagarin Cup glory. Not surprisingly, that attracted attention from abroad, with four clubs reportedly interested in taking the netminder to the NHL. Yet the 26-year-old opted to sign a two-year extension in Kazan before looking to test himself across the Atlantic.

“I signed a two-year extension and after that we’ll see,” he said in an exclusive interview with KHL.ru. “God willing, everything will work out and after that I’ll have a chance to try my skills across the ocean. I hope Ak Bars’ fans won’t take offense at that.” 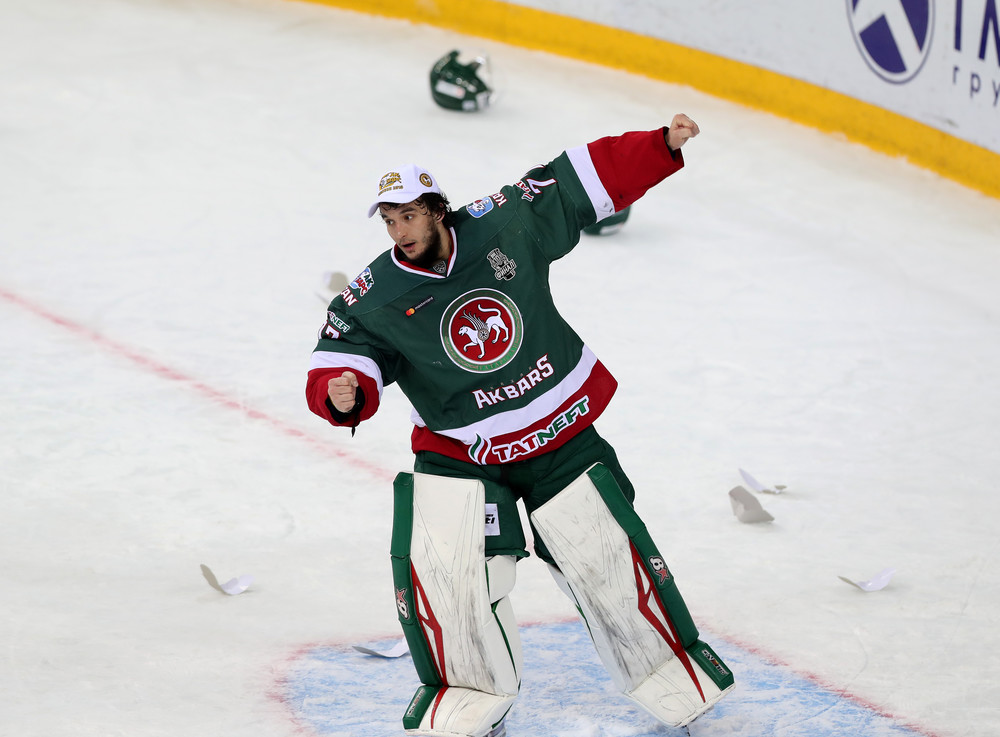 Kirovs Lipmans, former president of the Latvian Hockey Federation, received the Paul Loicq award at the annual IIHF Hockey Hall of Fame induction ceremony in Copenhagen. Lipmans, whose time in charge of Latvian hockey saw the Baltic nation establish itself in the Elite Pool and host the World Championship in 2006, received an award dedicated to those who contribute to hockey’s development off the ice.

Among Lipmans’ key achievements, the prize recognized his efforts in getting Dinamo Riga into the KHL and providing the opportunity for Latvian players to compete at the highest level in their own country. 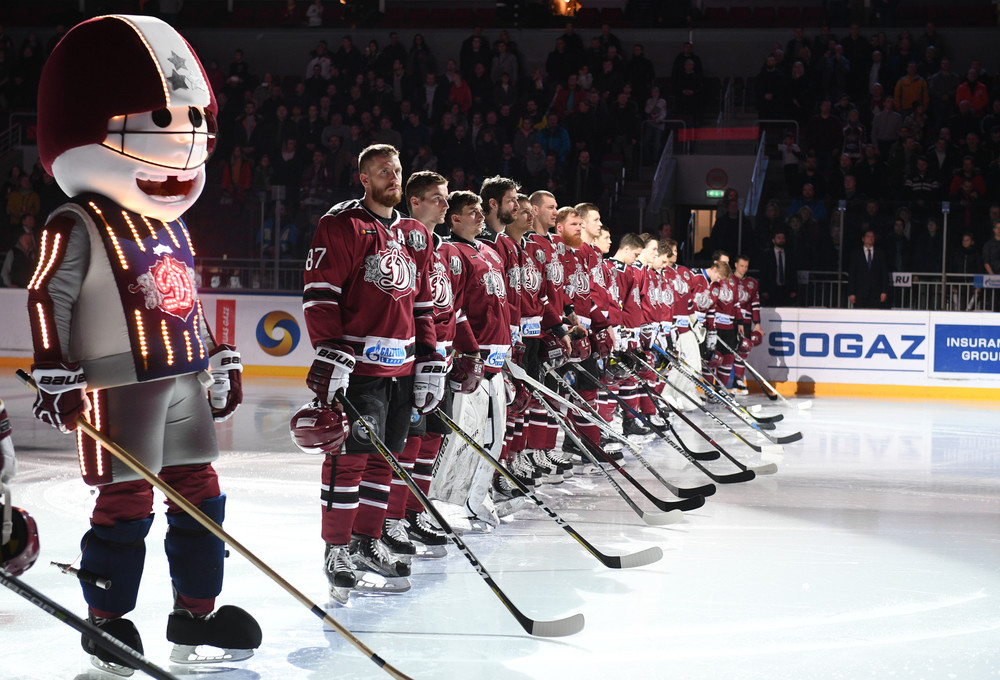