On the ice, it’s all about Russia’s bid to back up its Olympic triumph with victory at the World Championship. Off the ice, the transfer market is warming up nicely. Here’s what you need to know this week.

On top at the Worlds

Only one nation has ever won the Olympics and the World Championship in the same season. Russia is out to match Sweden’s 2006 double – and Ilya Vorobyov’s team is off to a flying start in Copenhagen.

Back-to-back 7-0 victories sent a powerful message to the rest of the competition and young CSKA forward Kirill Kaprizov is leading the team’s scoring with 2+3 points after games against France and Austria. The youngster is clearly enjoying playing alongside Pavel Datsyuk – witness the disbelieving grin when the Magic Man conjured up another highlight reel assist for Kaprizov’s goal against Austria. “Pavel’s pass was something else,” enthused Kaprisov after the game. “And in the first period, especially, it felt like we had chances in every shift. We just need to be more clinical with them.”

Russia’s major rival might prove to be Finland. Like the Russians, the Finns have enjoyed back-to-back victories – 8-1 this time, against Korea and Latvia. Sebastian Aho’s 10 points in two games grabbed the headlines, but Veli-Matti Savinainen, recently signed by Kunlun Red Star, has chipped in with two goals and two assists of his own. Savinainen’s new clubmate, Magnus Hellberg, is enjoying his first test of major tournament action with Sweden. After blanking Belarus in his opening game, he helped the Tre Kronor to a 3-2 win over the Czechs on Sunday.

For two other KHL-heavy teams, though, life is not going so well. Latvia’s drubbing against Finland was so upsetting for one fan that he threw his shoes on to the ice in protest at his team’s performance. Head coach Bob Hartley commented after the game that he felt sorry for goalie Kristers Gudlevskis. “We left him exposed too often,” he said. “Several of our players should have done better.”

And Belarus, Russia’s opponent on Monday, began with a 0-5 loss against Sweden and followed up with a 2-6 reverse against France. For Dave Lewis and his team, the problem has been scoring goals. Against France, Belarus topped the shot count 40-30 but was undone by clinical French finishing; against Sweden, in the words of Dinamo Minsk’s Dmitry Korobov, they only managed to compete for the first 10 minutes of play.

Seven-up twice over – the KHL in Copenhagen

Avtomobilist Yekaterinburg made a statement of intent on the transfer market, inking deals with three renowned forwards. Stephane Da Costa, currently captaining France at this year’s World Championship, was the first to sign up. The Frenchman returns to the KHL, where he spent three seasons with CSKA before going to play in Switzerland last year. Dan Sexton, who represented Team USA at the 2015 Worlds, joins from Neftekhimik. But the bigger coup came at the weekend when the team confirmed the capture of Nigel Dawes. The 33-year-old is perhaps the most impressive import of the KHL era, with 376 (217+159) points in 417 games for Barys since 2011.

Barys also lost another forward when Linden Vey signed up for CSKA. The 26-year-old Canadian made 36 assists last season playing alongside Dawes and won a bronze medal at the Winter Olympics.

From the outside, Kunlun Red Star’s experiment with head coach Mike Keenan might look like a flop. The Canadian was replaced partway through the season as the team fell short of a playoff spot. But GM Raitis Pilsetnieks believes that Iron Mike’s contribution will have a lasting impact far beyond his few months behind the bench.

“I can instantly say that appointing Mike was not a mistake in any way,” Pilsetnieks said in an exclusive interview with KHL.ru. “The problem was that he faced too many different tasks. We didn’t ask Keenan to simply be head coach of a KHL team, we invited him to share his vast experience of hockey structures.

“As a result, sometimes he didn’t get the chance to do as much as he’d like with the first team. But Keenan managed to establish several important processes that will further develop our club. And Mike himself remains with Red Star in a consulting role: as before, he is on our international coordinating council and his experience there is highly valued.” 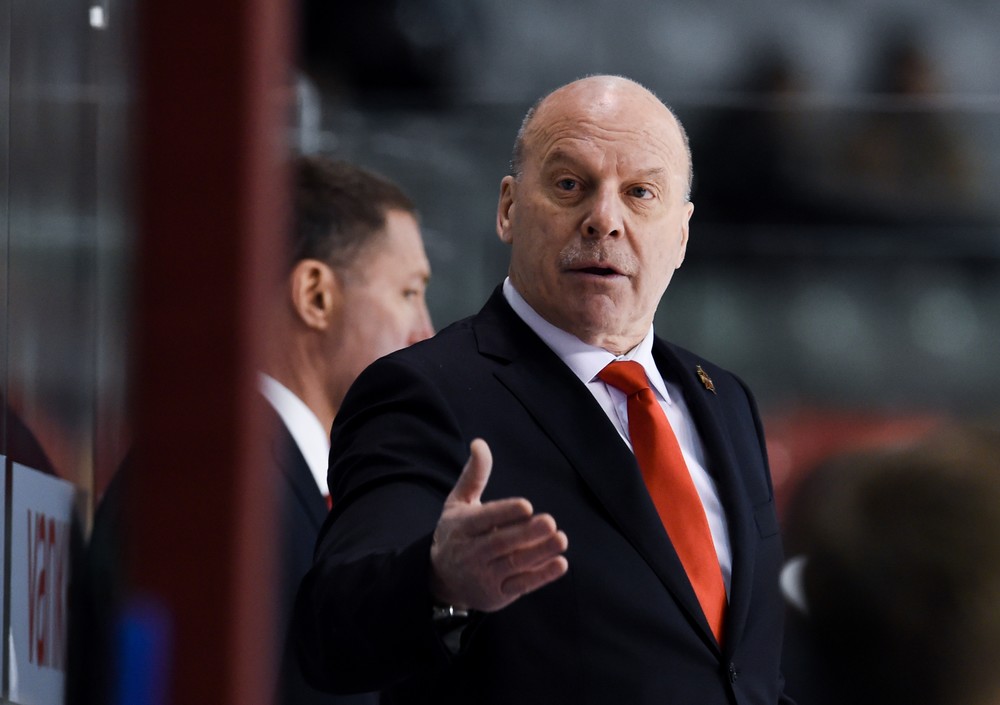