The opening round of Western Conference playoff action went according to the seedings – but can SKA and CSKA maintain their progress to a widely-anticipated Conference Final showdown? Lokomotiv and Jokerit will be plotting an alternative story as the semis start on Friday.

It’s the third season running that SKA and Lokomotiv have clashed in playoff action – and so far the Army Men have been well on top. The stats make compelling reading, with SKA dropping just one game in two series to banish the old belief that the Railwaymen were an awkward opponent in Petersburg.

However, the action on the ice was less clear-cut than the numbers in the record books. In last year’s Western Conference final, SKA swept Loko, but needed two wins in overtime and edged another one-goal verdict to move into the Gagarin Cup Final. Since then, Vladislav Gavrikov moved from Yaroslavl to Petersburg, with the young defenseman joining Sergei Plotnikov, Patrik Hersley and Yegor Yakovlev as former Loko players on the SKA roster.

There is one historical bright spot for Loko ahead of this series: in 2014 the teams met in the Conference Semi-Final, and the Railwaymen claimed a 4-2 series victory against a SKA team that was widely expected to challenge for the big prize that season. 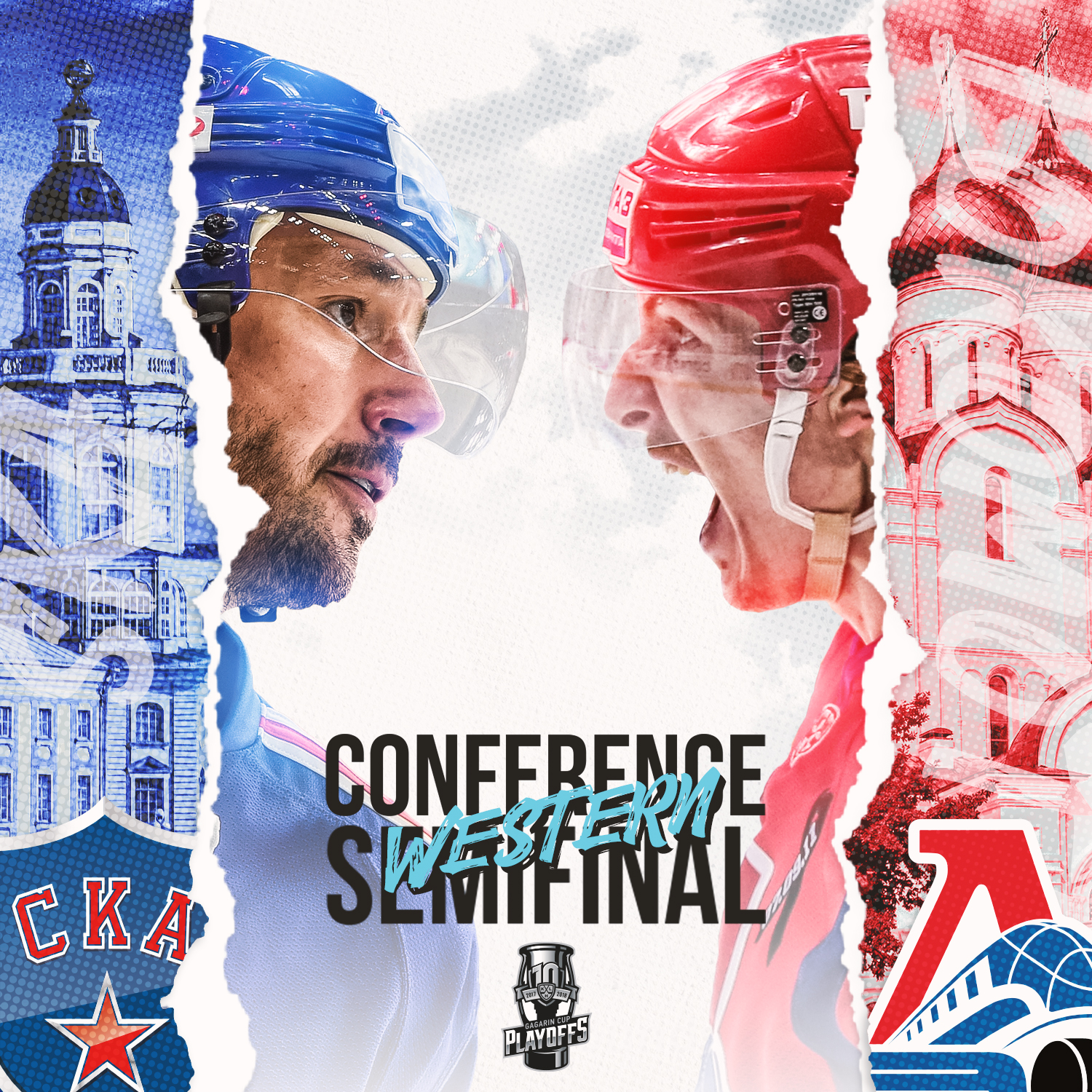 Both teams swept through the opening round, with Loko overcoming Torpedo and SKA sinking Severstal. The latter series was tinged with controversy, particularly in respect of Jarno Koskiranta’s overtime winner in Game Three. And, in truth, SKA’s Olympic-heavy roster made hard work overcoming a Severstal team that only secured its playoff place on the final day of the regular season. Aside from a 7-4 victory in game two, the Army Men did not cut loose on offense; the contrast with last season’ powerful sweep of Vityaz was apparent in a series of awkward encounters. For Loko, that could offer some hope that a busy program of domestic and international commitments might be taking some of the venom from SKA’s stacked offense.

Lokomotiv’s progress against Torpedo also relied on some key moments – most notable a Petri Kontiola 100 seconds from the hooter in Game Two to ensure the Yaroslavl team hit the road with a daunting 2-0 lead in the series. Young forward Artyom Ilyenko also had an eventful campaign – a game-winner in the opening game, followed by an injury that saw him miss parts two and three before making a scoring return as an overtime win in Nizhny Novgorod put Lokomotiv into the next round.

For SKA, the key will surely be getting its offense to click the way it so formidably can. If the likes of Nikita Gusev, Vadim Shipachyov, Pavel Datsyuk and Ilya Kovalchuk hit their top form, it’s hard to imagine any team in the KHL withstanding the onslaught. For Loko, though, there are grounds for optimism: the physical and emotional exertions of winning Olympic gold last month may take a toll on the defending champion, and Lokomotiv has the nous to exploit that. In head coach Dmitry Kvartalnov, it also has a man who humbled SKA in the 2016 Conference Final when he helmed CSKA to victory.

The unpredictable against the reliable – CSKA vs Jokerit

The teams have only met once before in playoff action, with CSKA sweeping the Finns in the opening round last year. However, that series was closer than the 4-0 scoreline might suggest – three of the four games went to overtime; CSKA relied on finding ways to win tight games rather than blasting its opposition out of the building.

Both rosters have undergone some changes since then. CSKA rebuilt extensively in the summer after Igor Nikitin replaced Dmitry Kvartalnov as head coach, and worked hard to bring promising young Russians back from North America. The likes of Mikhail Grigorenko and Sergei Kalinin have repaid that investment for club and country. In Helsinki, the key capture was 18-year-old talent Eeli Tolvanen, a player whose mere presence on the ice sends a thrill of anticipation around the Hartwall Arena. 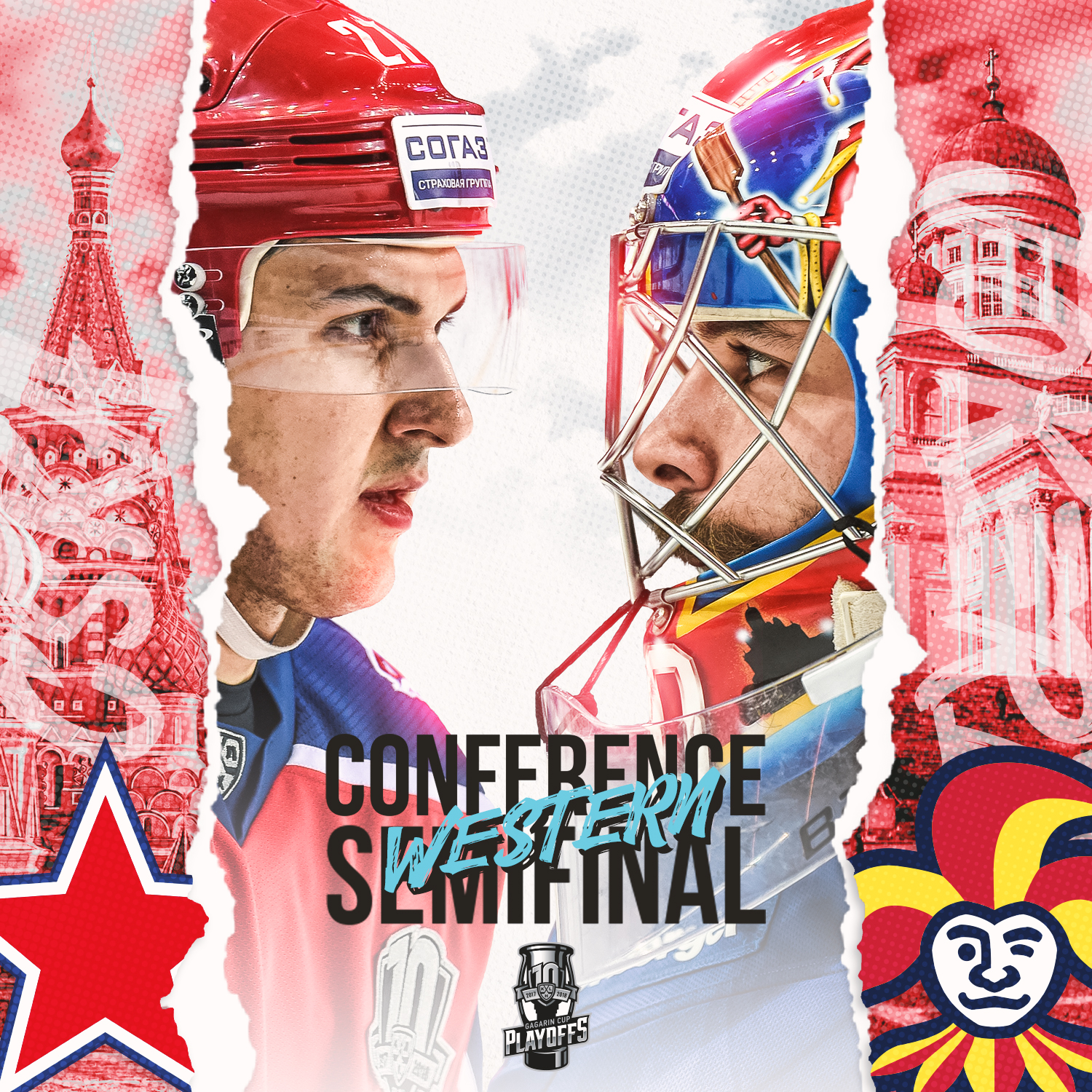 For Jokerit, it’s all been about Tolvanen. Five goals in five games and, crucially, a double strike to wrap up the series against HC Sochi in game five. Tolvanen tied that game up on 57:00 and grabbed the OT winner to set this match-up, and he’s playing like a man who can make a difference in any game.

However, he faces a stern test against a CSKA defense that allowed just one goal in its sweep of Spartak. That wasn’t just about good goaltending from Ilya Sorokin; the Red-and-Whites struggled to generate offense at any stage in the series, and its solitary tally was a late goal in a 1-3 loss in game three. Despite a 6-0 blow-out in the opening game, this CSKA team isn’t all about dazzling offense: it’s a gritty defensive unit capable of blunting most weapons.

It’s a fascinating duel in the offing: Tolvanen’s verve and finesse seeking to unpick a robust defense. In reality, though, this is more likely to be about consistency against unpredictability. Jokerit’s season has been characterized by a mix of great performances and surprising struggles. Even in its series against Sochi, it alternated between back-to-back 7-2 victories and desperate struggles in overtime. CSKA’s progress has been altogether calmer throughout the season, but the Army Men must beware the ability of Jokerit to conjure the unexpected.