The end of the regular season brings confirmation of the KHL’s ever-growing audience – and spells the end of a proud record for Dynamo Moscow.

Attendances up, excitement up!

The end of the regular season brings a new batch of stats to compare with previous years. In 2017-18, the KHL staged 756 games before a combined audience of 4.7 million spectators. That represented a 2% increase in the average attendance. They saw an average of 4.9 goals per game.

The scoring race was won by Ilya Kovalchuk with 63 (31+32) points, one ahead of SKA team-mate Nikita Gusev. Nigel Dawes of Barys came third, with 56 points in 46 games. But the most effective troika in the league, perhaps surprisingly, was Salavat Yulaev’s top line. Linus Omark, Teemu Hartikainen and Joonas Kemppainen combined for 42 goals between them in the regular season – good enough to shoot the Ufa team to second place in the Eastern Conference. 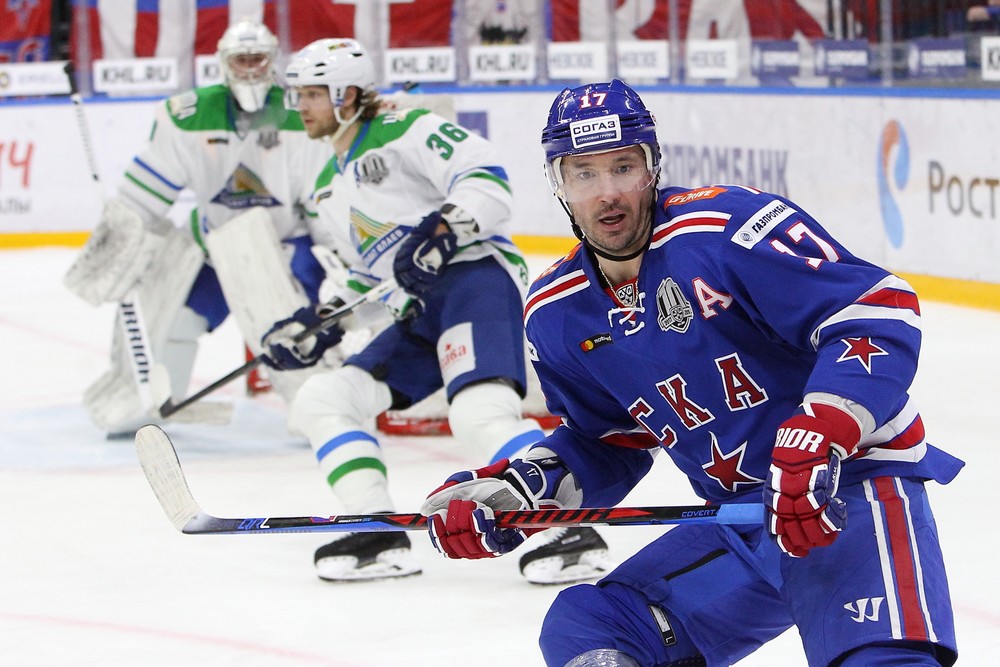 Dynamo Moscow’s failure to make the playoffs this season means there are now just four teams that have played in all 10 KHL post-seasons. Not surprisingly, that group also accounts for seven of the nine Gagarin Cups already won.

The flawess four are: Ak Bars Kazan, champion in the first two seasons; Salavat Yulaev Ufa, the team that broke Kazan’s stranglehold; Metallurg Magnitogorsk, finalist in three of the last four seasons; and SKA St. Petersburg, defending champion. Of those four, Metallurg is unique in never placing outside the top eight in the regular season. Unlike the other three, it has only once fallen in the first round of the playoffs – although Avtomobilist will be out to make it two in the coming games.

Lokomotiv Yaroslavl also deserves a mention in this list. The Railwaymen have contested the playoffs nine times, missing out only in 2012 when the team was unable to compete following the air disaster in September, 2011. Jokerit Helsinki and HC Sochi also have a 100% qualification record, but hves played just four seasons in the KHL.

At the opposite end of the scale, Amur reached only its second playoff in 10 attempts, while Spartak and Severstal make their first appearances since 2011 and 2012 respectively. 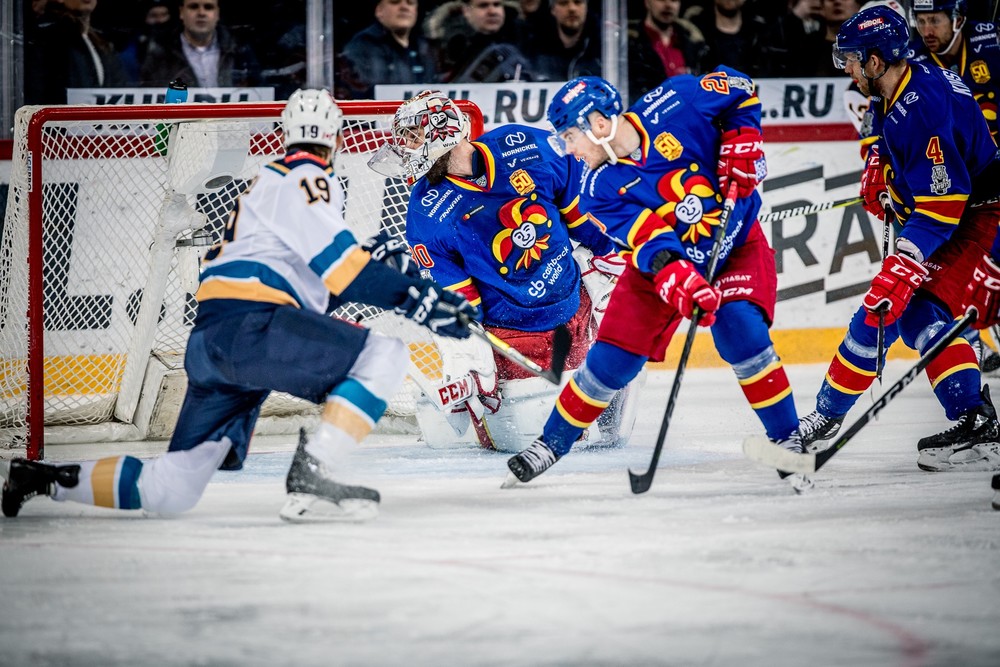 Hockey fans in the UK can follow the pick of the action from the KHL playoffs following a new TV deal with FreeSports. The British cable channel, available via Freeview Channel 95, Sky Channel 424, FreeSat Channel 252, Talk Talk Channel 95 and BT Vision Channel 95,will be following the post-season action throughout March and April, and promises extensive coverage of the Gagarin Cup final. For more information, visit www.freesports.tv.

The opening round of playoff action continues all week, and the evidence of the first games suggests there’s plenty of excitement to come. Can Severstal continue to push hot favorite SKA as hard as it did in that opening game? Will Teemu Hartikainen keep up his scoring form after posting five points in game one?

But there’s one moment that many fans are sure to be waiting for – Sergei Mozyakin’s 500th career goal. The Metallurg captain moved to 499 on Sunday with his game-winner at Avtomobilist, and another milestone in a great career seems to be just days away ...

All Eastern playoff matchups are set. JHL week in review

All Eastern playoff matchups were set during the weekend. On the Western conference there are two spots left.