The final showdown – KHL playoffs up for grabs

It’s the last day of the regular season – and it’s an anxious time for fans in Moscow, Cherepovets, Novosibirsk, Omsk and Khabarovsk.

Four playoff places are still open, six teams are still in with a shout of making post-season. Here’s what you need to know about the final round of fixtures.

Spartak vs Dynamo is always a big game. A city rivalry, marinated in the Soviet histories of two clubs used to duking it out at the top end of Russian sport. And this showdown promises to be bigger than most.

In the Red corner, Spartak needs just a point to clinch its first playoff appearance since 2011. Under Vadim Yepanchintsev, who arrived in the summer as the club’s new head coach, the Red-and-Whites have been much improved this season. It’s current 82-point haul is the best since that 2011 playoff campaign, while the scoring form of Alexander Khokhlachyov (19+29=48 in 51 games) has been a revelation for the one-time SKA prospect. With big contributions from experienced D-man Dmitry Kalinin and Ville Lajunen, plus handy scoring from Olympians Lukas Radil (Czech Republic) and Ryan Stoa (USA), it’s been a great season for Spartak – and it needs just one last push to secure that long-sought playoff place. 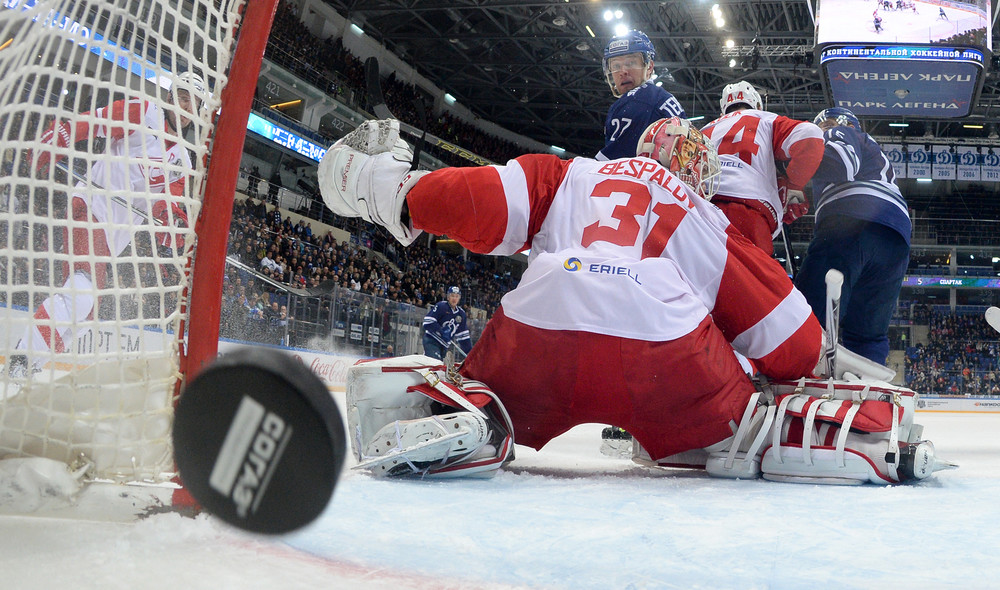 Dynamo, meanwhile, has to win in regulation to guarantee a playoff position. An overtime success would be good enough only if Severstal loses at SKA. The Blue-and-Whites are in danger of missing out on post season for the first time, but despite the club’s proud history, it’s perhaps slightly surprising to see Dynamo in contention at all given the turmoil of last summer. Due to a complex financial situation that saw some players go three months without payment, all 42 Dynamo players were announced as free agents. Many of them took the opportunity to seek new employers, and head coach Vladimir Vorobyov had to hastily put together a youthful roster. Scoring goals has been the big problem: veteran D-man Ilya Nikulin’s 26 points is the best return for any player at the club, while Mikhail Varnakov’s 23 in 33 games represents the best strike rate. But, with experienced goalie Alexander Yeryomenko between the piping, Dynamo always has a chance of forcing a result.

The final team in the equation is Severstal. The Cherepovets team hasn’t tasted playoff action since 2013 but will secure its place if Dynamo fails to beat Spartak. It may be just as well that the Steelmen can progress without winning their final game – the season finishes for them with a daunting trip to SKA. Dmitry Kagarlitsky’s impressive scoring form has led the way for Severstal, and earned him a trip to the All-Star Game, while Slovak goalie Julius Hudacek has been solid at the back. Severstal, which finished dead last in the KHL two seasons ago, is benefitting from having faith in head coach Alexander Gulyavtsev: the 44-year-old was recruited from Molot Prikamye before last season, and has steadily rebuilt the team into a competitive force. 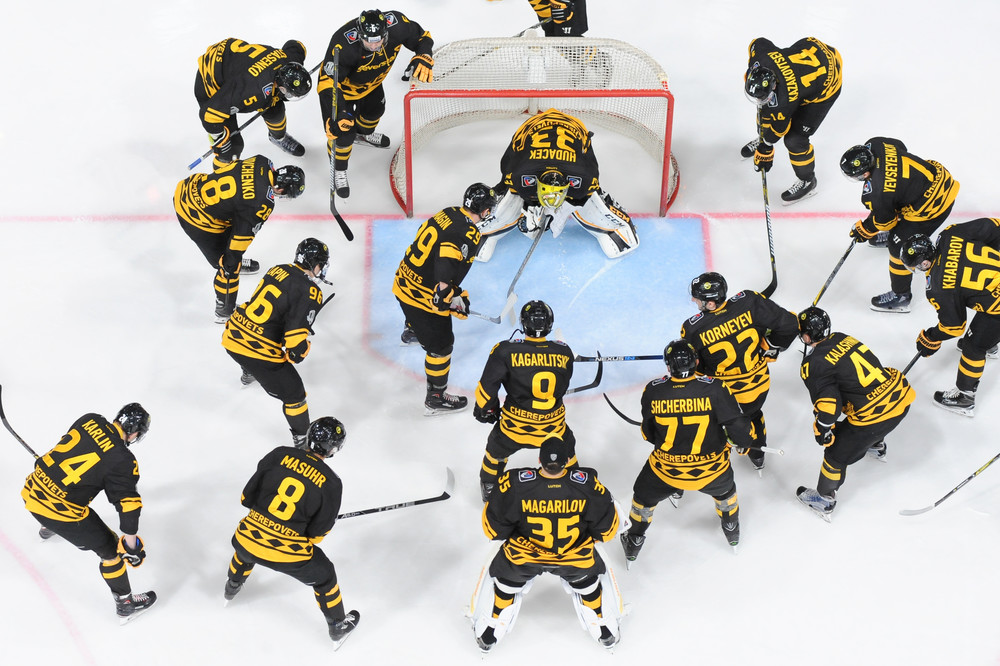 The big story in the East is the prospect of Avangard, one of the big hitters of the league, missing out on the playoffs. Head coach German Titov, installed after the departure of Andrei Skabelka in December, has said it would ‘a catastrophe’ for the club to miss out, but the Hawks’ destiny is not entirely in their own hands. Avangard has to beat Barys in regulation, and hope that at least one of Sibir or Amur slips up. 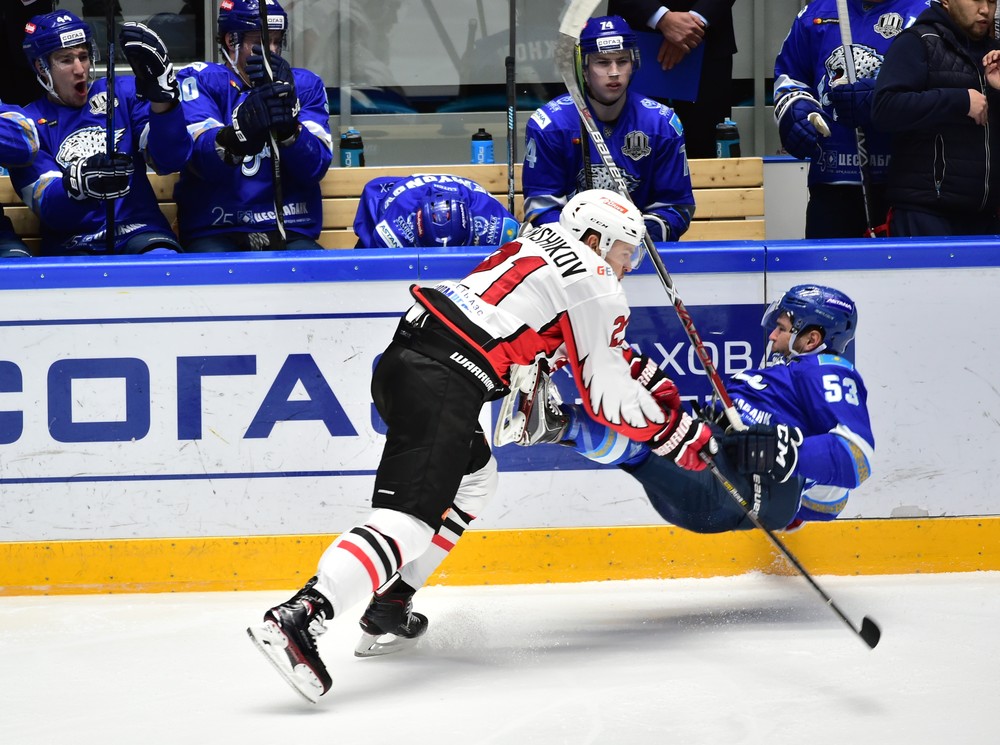 Yet the club’s struggle at the end of the season is something of a surprise. For much of the campaign, Avangard led the Chernyshev Division and seemed set for a seeded spot. However, a lack of scoring power – with Swedish international Dennis Everberg proving a disappointment before he was traded to Neftekhimik – triggered a poor run of form that has left Avangard in danger of missing out. Tuesday’s shoot-out loss at home to Sibir put the Omsk team behind the eight-ball; it’s going to be ‘wait and see’ in Siberia.

In nearby Novosibirsk, meanwhile, a coaching change has inspired a lift in the fortunes of Sibir. Under the guidance of Vladimir Yurzinov, the team has powered into the top eight, hitting form at just the right time. Just one point from the visit of Traktor will be enough to get Sibir into the playoffs again, a fine result following the departure of several key players to CSKA back in the summer. Swedish duo Alexander Bergstrom and Patrik Zackrisson lead the scoring, with the former enjoying an impressive run of 15 games in which he tallied at least one point as the Sibir revival started rolling back late last year. 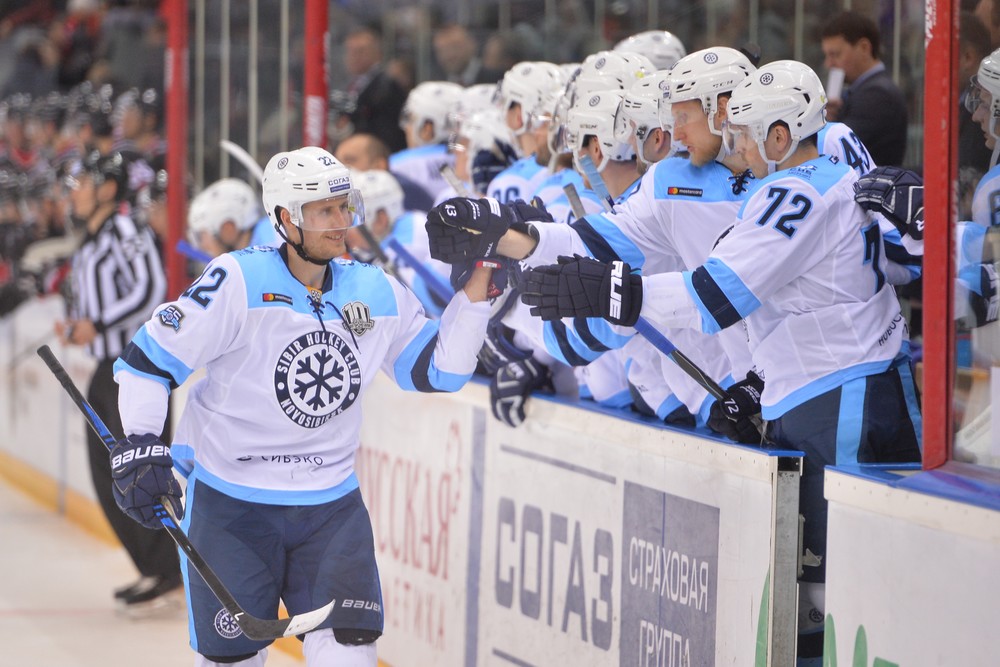 Then there’s Amur. The Khabarovsk team has only once before reached the KHL playoffs, back in 2012 under Hannu Jortikka. But victory at local rival Admiral will secure a post-season place once more. Like Severstal, Amur looked to the second-tier VHL to find a head coach. And, like Gulyavtsev, Andrei Martemyanov has been given two seasons to build his team. Starting from a solid defense – Finnish goalie Juha Metsola and Czech D-man Michal Jordan and Jan Kolar all earned Olympic call-ups for their efforts – he’s built a hard-working, competitive roster that grew in stature as the season progressed. Handy scoring from the Ushenin twins and Alexei Byvaltsev has Amur close to a rare achievement. 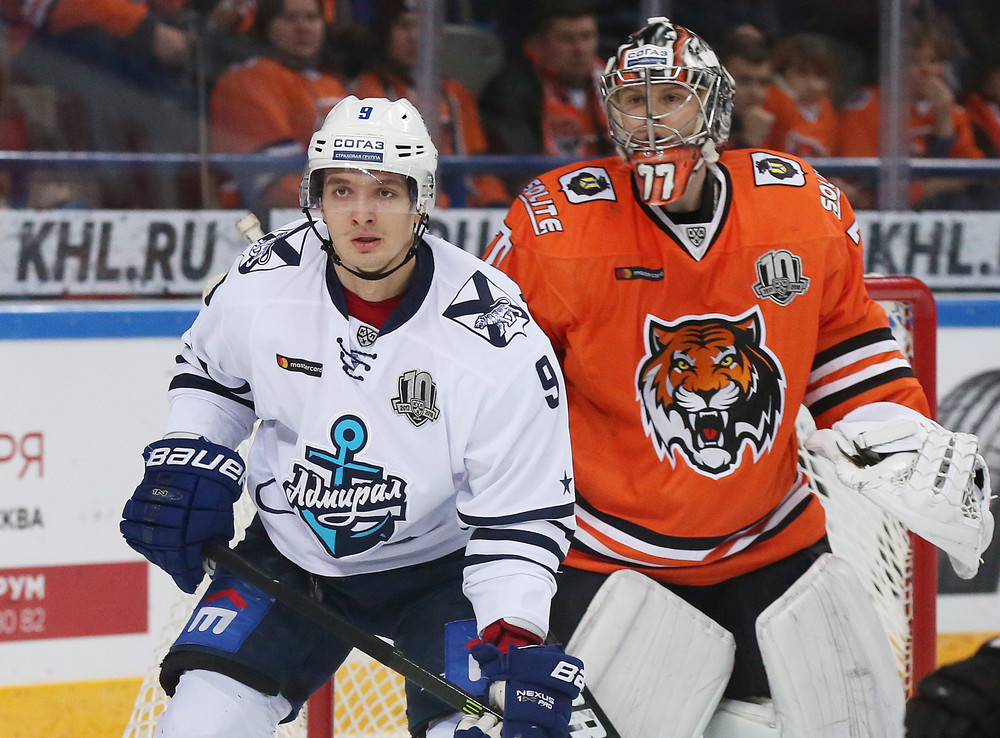