Women’s hockey on the rise – from Astana to Ukhta!

In Astana on Wednesday, the Women’s Hockey League played its All-Star Game, kicking off the KHL’s Week of Hockey Stars in the Kazakh capital. And, 80km to the north of Moscow, the game caught the attention of Russia’s U18 national team.

Of course, the first thoughts of those youngsters were on the evening game against Finland, a World Championship quarter-final and another chance to impress in front of a capacity crowd at Dmitrov’s Ice Palace.

But the bumper crowds in Moscow Region and the high-profile show in Astana are all part of the rise of the women’s game here in Russia, as team captain Alina Orlova is keen to point out.

“Events like these, in Dmitrov and in Kazakhstan, are really important,” she said. “For a long time, I think people were sceptical about the women’s game and didn’t have much faith that girls could play hockey. Now that’s starting to change. You can see that from the crowds that are coming to our games here.

“It’s just my opinion, but girls absolutely should be playing hockey. It’s clear that we don’t just love the game, we live it!”

The fans who have come to Dmitrov have been impressed with the quality of play on offer from the Russian team. High-intensity performances against North American opposition brought a first-ever victory against Canada at this level, and a highly creditable battle to a narrow loss against the defending champion from the USA. As team captain, Orlova’s presence on defense has been a crucial part of that – her determined display against the Canadians, in particular, was a great example of leading from the front. 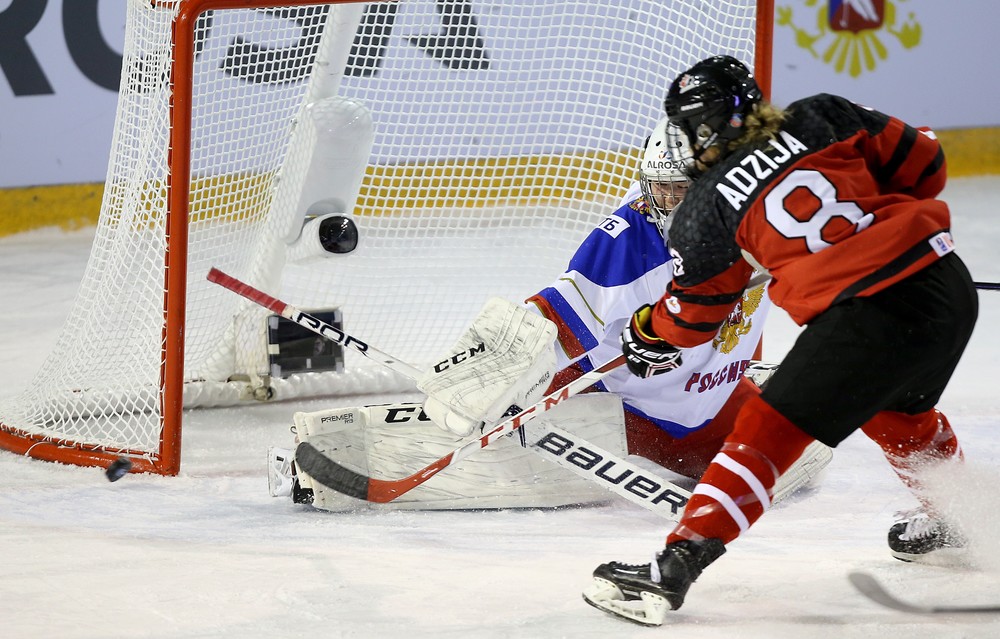 “It’s a big responsibility for me, and for the team,” she said. “But it’s something I’ll willingly take on. My assistants, Oxana Bratisheva and Anastasia Medvedeva, give me a lot of help and support and together we’re trying to build a real team spirit.”

The 17-year-old, playing at the U18 Worlds for the second time, has been playing hockey since childhood. She lists Alexander Ovechkin as her sporting hero, and roots for the Caps. But two seasons ago she made the unusual decision to move away from her native Moscow and head north to Ukhta, in Russia’s Komi Republic.

Arktik-Universitet was the attraction. The team plays in the WHL, and serves as the only pro team in an industrial city of 100,000 people. And the connection with the State Technical University offers the chance to combine sport and study in way rarely seen in Europe. Orlova is still at college, where she studies management and develops her hockey skills in front of a growing audience.

“I’m not sure if there’s a big hockey tradition in Ukhta, but we are getting good crowds at our games,” Orlova said. “People like to come along and watch, support us. We’re often close to a full house at the games.”

Ukhta itself isn’t the best known city for many Russians, never mind foreigners, but Orlova has no regrets about taking up Arktik-Universitet’s invitation. “It’s a small, quiet, tranquil town in the far north, in the Komi Republic,” Orlova added. “It’s a nice place, but in the winters it can get very cold, even down to -40C!”