Continuing our review of the KHL’s nine previous campaigns, we come to 2009. Ak Bars prepares to defend its title, while Avtomobilist Yekaterinburg steps up for its first season in the competition.

One in, one out

The league continued with 24 teams, but Khimik Voskresensk dropped out after struggling in the previous season. It’s place was taken by Avtomobilist Yekaterinburg. The league also adopted a conference system, dividing teams into East and West and reorganizing the four divisions on geographical lines. Teams still played 56 games in regular season, but the travel was greatly reduced.

The KHL also established its youth league, the MHL, encouraging its member teams to enter development rosters for under-21s. 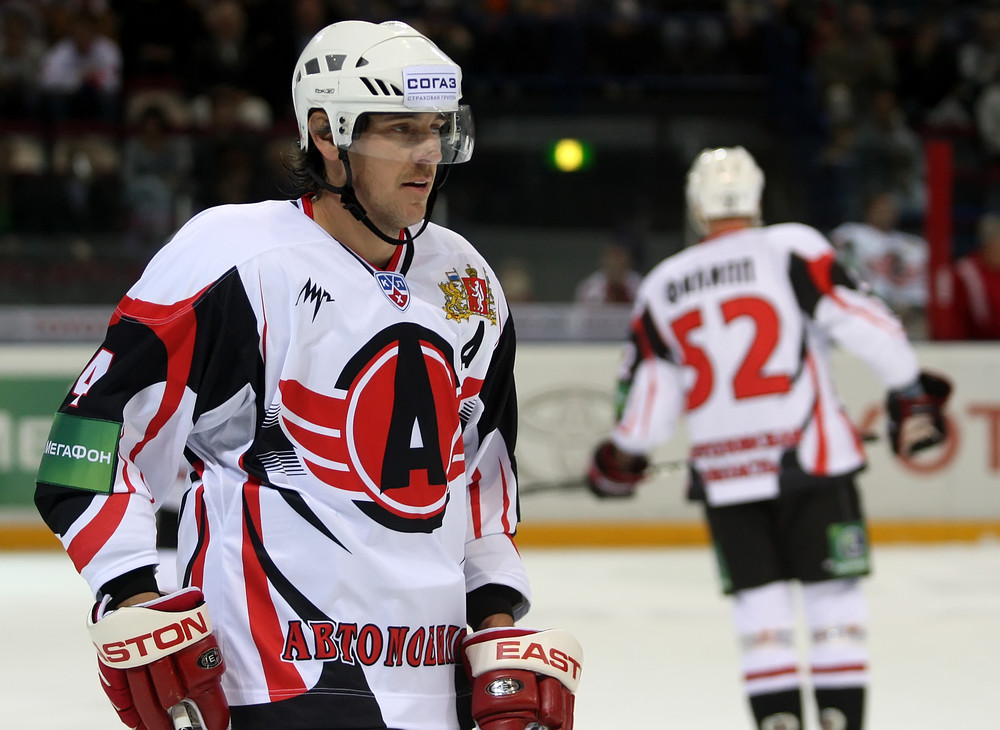 Jiri Hudler’s move from Detroit to Dynamo Moscow was seen as a big coup for the KHL. The Czech international, aged 25 at the time of his transfer, was an established player with the Red Wings and his decision to leave the NHL in the prime of his career highlighted the impact that the KHL was making in the hockey world.

There was another unexpected KHL debutant during the season. CSKA, faced with an injury crisis among its defensemen, quickly registered veteran Vyacheslav Fetisov and on December 11 he joined the roster for a game against SKA. In total, the legendary D-man, who was club president at the time, spent eight minutes on the ice, generating world-wide media interest. CSKA lost the game 2-3. 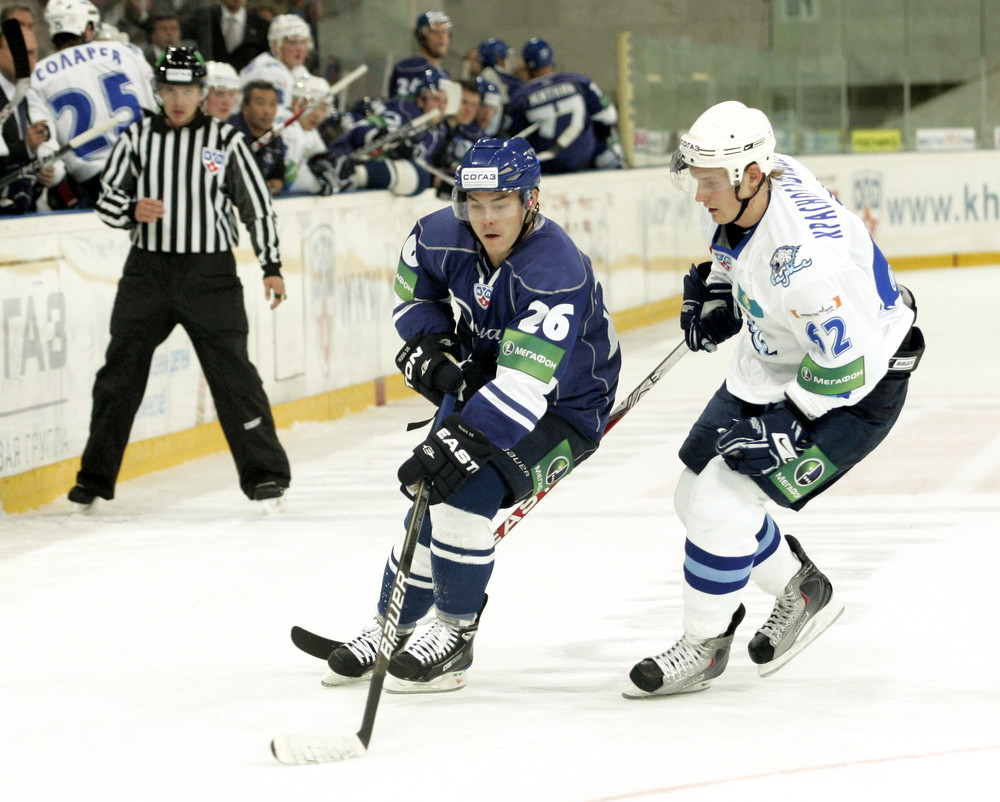 There was a unique, and embarrassing, incident when Vityaz played Avangard in early January. Just four minutes into the game, a bench-clearing brawl broke out. Just 39 seconds later, hostilities were renewed, with players and coaches steaming in from team benches and penalty boxes alike. In total, 707 penalty minutes – a world record – were handed out and, with only four players available to play, the game had to be abandoned. The KHL awarded both teams a 0-5 defeat, suspended seven players and imposed 5.9 million rubles ($191,000) in fines. The incident also contributed to Darcy Verot’s career PIM tally of over 1,000 in Russian hockey. 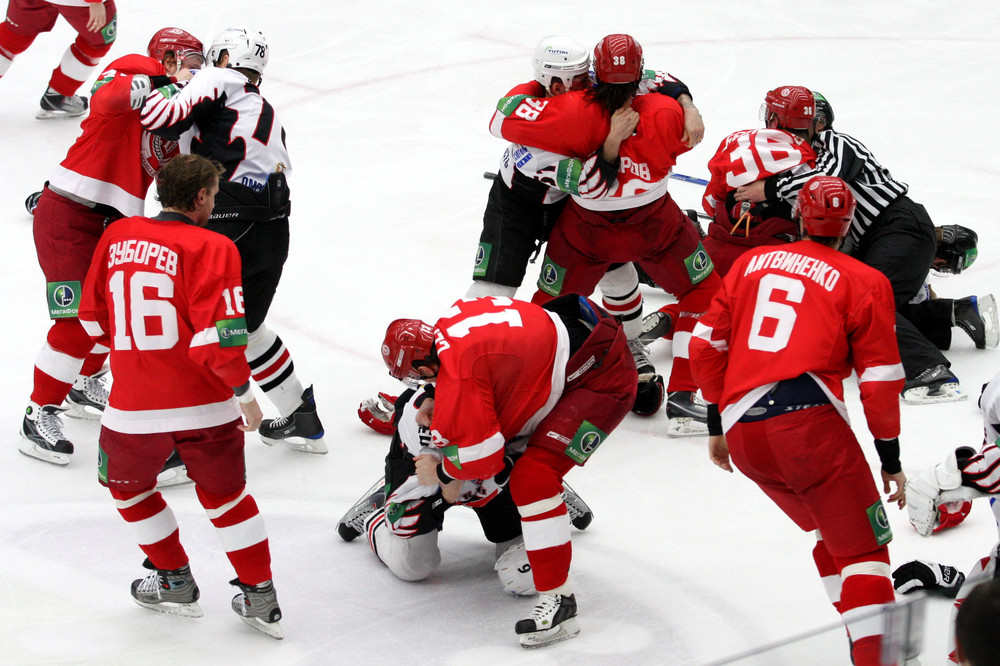 Russia, as back-to-back World Champion, went to the 2010 Olympics with high hopes of success in Vancouver. It wasn’t to be. A heavy defeat in the quarter-finals against host nation Canada kept the Russians off the podium. The KHL was well represented at the Games, with 63 players from the league getting a call-up from their respective nations. Belarus and Latvia, with 19 and 17 players, relied most heavily on KHL talent. Four players – Lasse Kukkonen (Avangard), Jarkko Immonen and Niko Kapanen (both Ak Bars) and Ville Peltonen (Dinamo Minsk) – won bronze medals with team Finland.

The first ever Opening Cup got the season underway in Kazan with a rematch of the previous year’s final. Once again, it was tight; once again Ak Bars won. This time it finished 3-2 in overtime, Alexei Morozov grabbed the game-winning goal with nine seconds to play.

HC MVD, an unfancied team from the Moscow Region town of Balashikha, was the surprise package. Under the guidance of young head coach Oleg Znarok, best known at that time for his efforts with Team Latvia, MVD came second in the Western Conference despite a decidedly un-stellar roster.

That form continued into the playoffs: a sweep of CSKA in round one was followed with a 4-1 win over Dinamo Riga in the second phase. In the Conference Final, MVD faced last year’s runner-up, Lokomotiv. Midway through the series, back-to-back thrashings, 1-6 and 0-4, seemed to have Znarok’s men on the brink of defeat. But they rallied bravely to win the final two games and claim a 4-3 series win.

On to a Gagarin Cup final showdown with might Ak Bars and again MVD showed the kind of grit and character associated with a Znarok team. Down 0-2 in the series after two games on home ice, the team responded with two road wins in Kazan and forged ahead in when Roman Derlyuk’s third-period goal secured a 3-2 win back in Balashikha. The dream was alive, but Ak Bars proved ruthless in the closing games: a 7-1 romp in Kazan was followed by a 2-0 win in the decider. Petri Vehanen’s shut-out was a fitting end to a fine season from the Finn, Zinetula Bilyaletdinov coached his team to a second successive title. 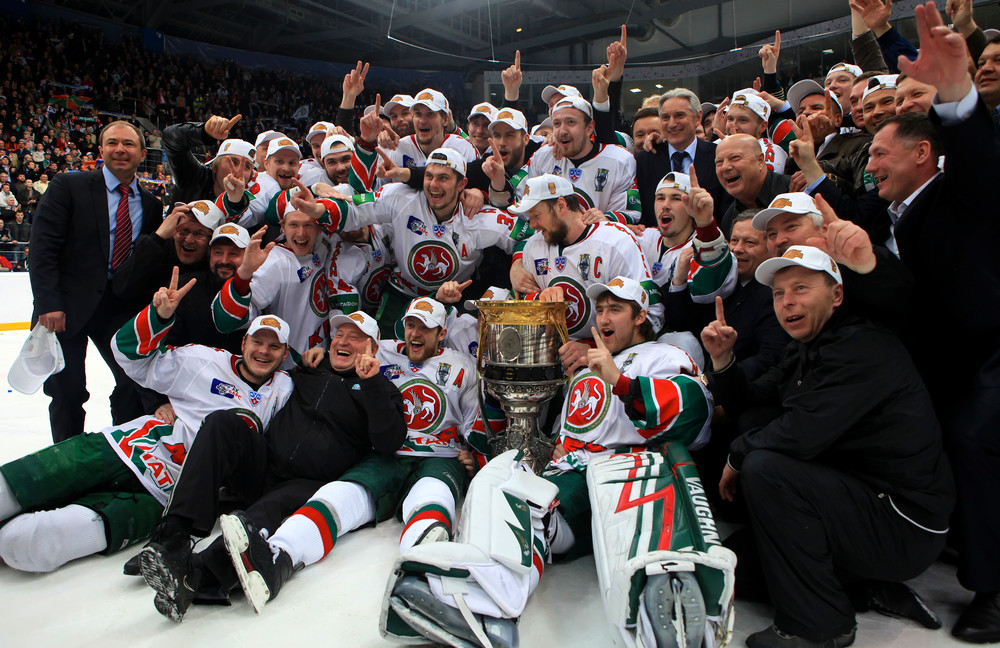