Looking back: how the cups were won

This year’s Gagarin Cup Final isn’t just a head-to-head between the top teams of the current season. Instead, it pits the two strongest teams of the last three seasons against one another for the first time in playoff action. Defending champion Metallurg takes on 2015 winner SKA in a showdown that could give either side the right to claim a measure of lasting dominance over the KHL. So let’s take a look at how those trophies were won as the teams prepare to do battle on Saturday.

Shocking the favorite, establishing a dynasty

One year later, it’s easy to forget how many people rated CSKA as cast-iron favorite for this series. Dmitry Kvartalnov’s team had topped the regular season standings for the second year running before powering into its first ever Gagarin Cup final, dropping a solitary game along the way. A stacked roster, led by the talents of Alexander Radulov and Nikita Zaitsev, was in imperious form and a crushing sweep of SKA in the Western Conference Final suggested that this was the Muscovites’ year; hockey’s most titled club seemed on the brink of another entry on the honors board.

Metallurg, by contrast, had a difficult regular season. Mike Keenan was moved upstairs to an advisory role part way through the campaign; Ilya Vorobyov got his first shot at the head coach’s role but expectations were low. A 1-5 loss in Moscow in the opening game of the final series reinforced the belief that Magnitka would merely make up the numbers.

That game was a one-off, though. The next five games in the series were settled by a single goal. Three of them went to overtime. A game-winning performance from Sergei Mozyakin in game five earned Magnitka a 2-1 victory in the capital and gave Metallurg a 3-2 lead to take back home. Suddenly, Vorobyov was in touching distance of winning the cup after half a season in charge.

Too soon. CSKA responded with a 3-2 OT success of its own, with the unheralded Mikhail Yunkov getting his first playoff goals of the season to set up a game seven decider. And, back in Moscow, Evgeny Timkin emerged as the key man. He scored twice, opening the scoring and adding an empty-net clincher, as Metallurg won 3-1 to lift the cup again. For the former Avangard and Vityaz man, those were the first playoff goals of his KHL career; for Metallurg, they were the tickets to a second cup win in three seasons. Now, in the Southern Urals, fans could begin to talk about a dynasty among the Steelmen as Vorobyov became the youngest coach to win the title. 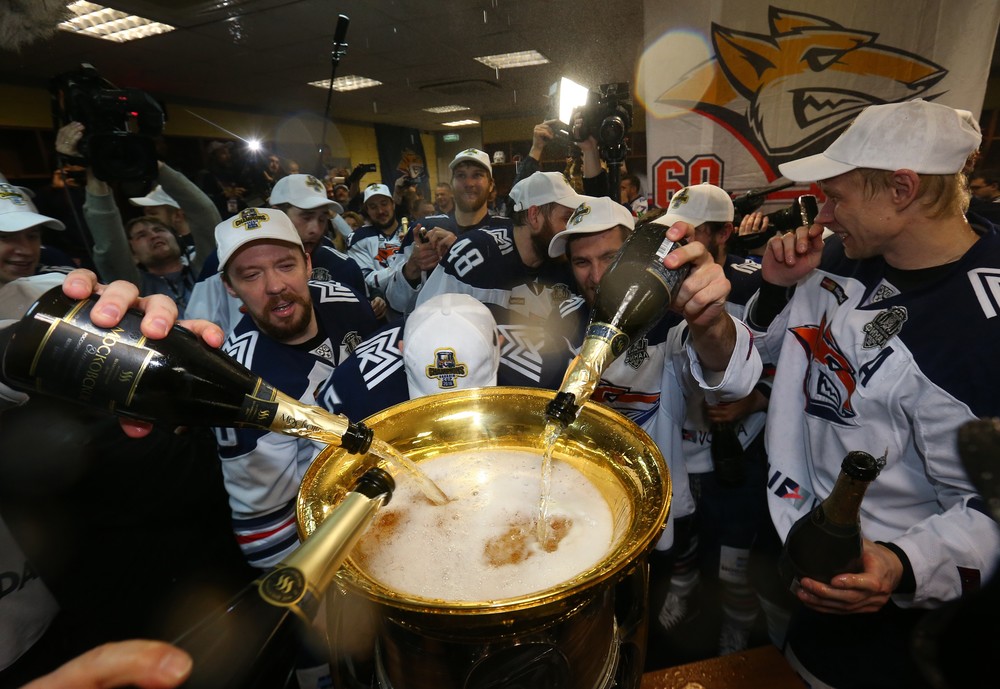 A long-awaited triumph as Petersburg finally lifts the cup

Winning the Gagarin Cup was a long-held dream in St. Petersburg. Although SKA had represented the city since 1946, it had never managed to bring home a national championship in Soviet or post-Soviet times. The 2015 Gagarin Cup Final against Ak Bars was a chance to re-write history.

It was also a reflection of the changing order in Russian hockey. SKA, with its big-money connections to Gazprom, could be viewed as a brash, big-spending newcomer at the top table; Ak Bars, now an established powerhouse, had gone through that process more than a decade earlier when the balance of power in the game moved decisively away from big-city domination and encompassed a wide range of newly oil-rich regions eager to turn petrodollars into sporting prowess. For some, at least, the duel carried a socio-economic resonance beyond the action on the ice.

The match-up also pitted two great coaches against one another. SKA’s Vyacheslav Bykov was back in KHL action for the first time since leaving Salavat Yulaev after leading the Ufa team to the 2011 Gagarin Cup. Victory here would make him the first coach to win the prize with two clubs. He faced Zinetula Bilyaletdinov, who was bidding to become the first coach to claim three Gagarin Cups, just a year after leaving his role with Team Russia after failing to win an Olympic medal.

Surprisingly, though, the series was all over in five games. SKA proved irresistible from the start, with the Shipachyov-Dadonov-Panarin axis in unstoppable form. Evgeny Dadonov finished with 15 goals, a playoff record. Artemy Panarin signed off on a move to the NHL – one year later, back in Russia at the World Championship, his old line-mates would tease him about turning into an American player. Vadim Shipachyov, as in the current campaign, made it all tick. There were big post-season contributions from Ilya Kovalchuk and Patrick Thoresen; the former finally claimed the hardware that had eluded him in New Jersey, the latter, reunited with Bykov, finished his career with a second Gagarin Cup triumph. The final game, in Kazan, was something of a masterclass. Ak Bars, down 1-3 in the series, talked boldly of fighting to the last; SKA scored after 73 seconds on a Jimmie Eriksson breakaway, led 4-0 at the first intermission and romped to a crushing 6-1 victory. St. Petersburg, at last, had a cup to celebrate. 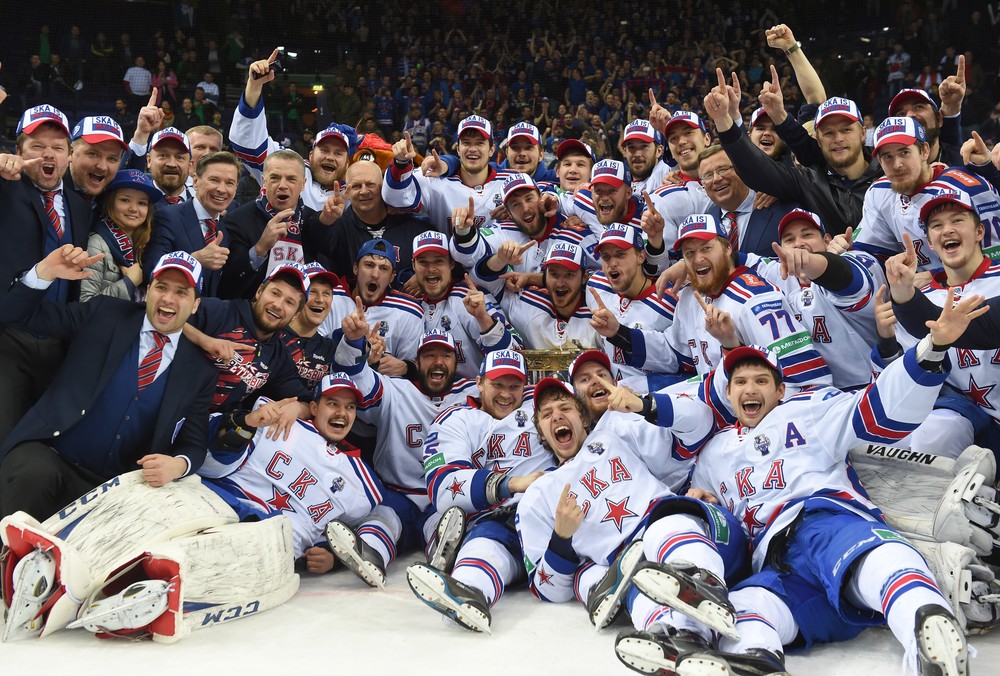