Mike Pelino: For Canada and the KHL!

Metallurg Magnitogorsk coach Mike Pelino spoke to KHL.ru about his call-up to Team Canada, his work with Dave King, and how his fellow North Americans view the Gagarin Cup.

Wednesday, the 2nd of November, was a day of rest for many hockey folk as we began the first break in the schedule of the IX KHL Championship. Meanwhile, in Germany, work was intensifying for the inhabitants of Augsburg as they prepare for the Deutschland Cup, the international in-season tournament contested by four nations – Germany, Slovakia, Switzerland and either the USA or Canada. This year it is the turn of the men who wear the Maple Leaf, and for the first time in the League’s history a strong contingent from the KHL will form the backbone of the Canadian roster.

The head coach is the legendary Dave King, formerly of Metallurg Magnitogorsk and Lokomotiv Yaroslavl, and he will be assisted by Luke Richardson, Mike Stewart, and Magnitka’s Mike Pelino, two-time winner of the Gagarin Cup, and we caught up with this respected specialist as he gets his men ready to represent their country (and for many of them, the KHL) at the event, which runs from the 4th to the 6th of November. 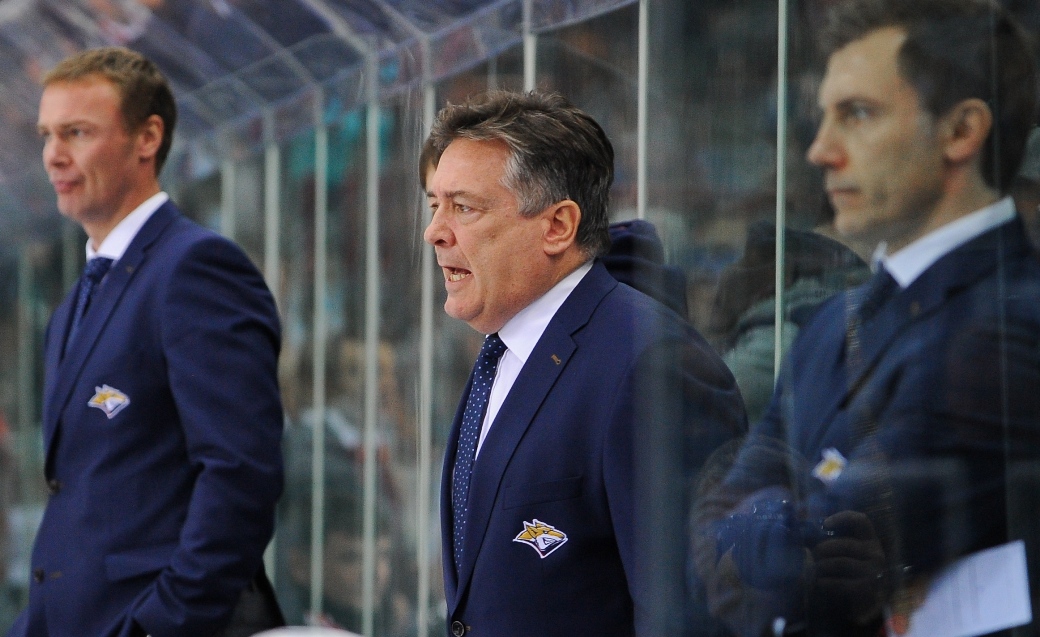 “It is a great honor to work as Dave King's assistant.”

- What was your reaction to being chosen for Team Canada’s coaching staff?
“I was very happy when I heard the news and I’m proud to have been called up to serve my country. I’ve worked for Team Canada in various roles over the years and today it’s a great honor for me to be a part of it once again.”

- I believe you even have previous experience of the Deutschland Cup.
“Correct, but I confess I forget the year. It was either 2000 or 2002, but we won the trophy and it was a great feeling. It is far from being the only success in my coaching career, of course, as Canada has been victorious in so many tournaments, and I love winning.”

- Did you get the call-up from General Manager (and famous former goaltender) Sean Burke, or from Dave King?
“I got mail from both men. Sean Burke was appointed General Manager of the national team for this tournament, and as you know, was a very good goaltender. By the way, I can even claim some credit for that, because a very long time ago I was his coach for a while. And to be Dave King’s assistant is a great honor for me.”

“If you are born in Canada, and hockey has been part of your life since childhood, then throughout your life you take pride in the history of Canadian hockey and want to add new pages to the chapter of great victories – you pay homage to the past, rejoice in the present, and you look to the future with great optimism.”


- We all know that you have worked very closely with Mike Keenan, but do have any previous experience of collaborating with that other wise old man of Canadian hockey, Dave King?
“No, Dave and I had never worked together before. This is the first time I have had the chance to spend a tournament on the same staff as King, a man who has such a wealth of experience working with various teams.”

- King is 68 now, yet he still has real drive and passion for hockey. Where does he get it from?
“I once read somewhere that to be a good coach you must have a huge passion for hockey. If that is true, then it follows that Dave King’s passion helps him a great deal in his work. There are people who live the game, in the professional sense of the word, and I think he is one of the few who has this strong devotion to hockey. That is why, despite his age, he is always ready to get down to work.” 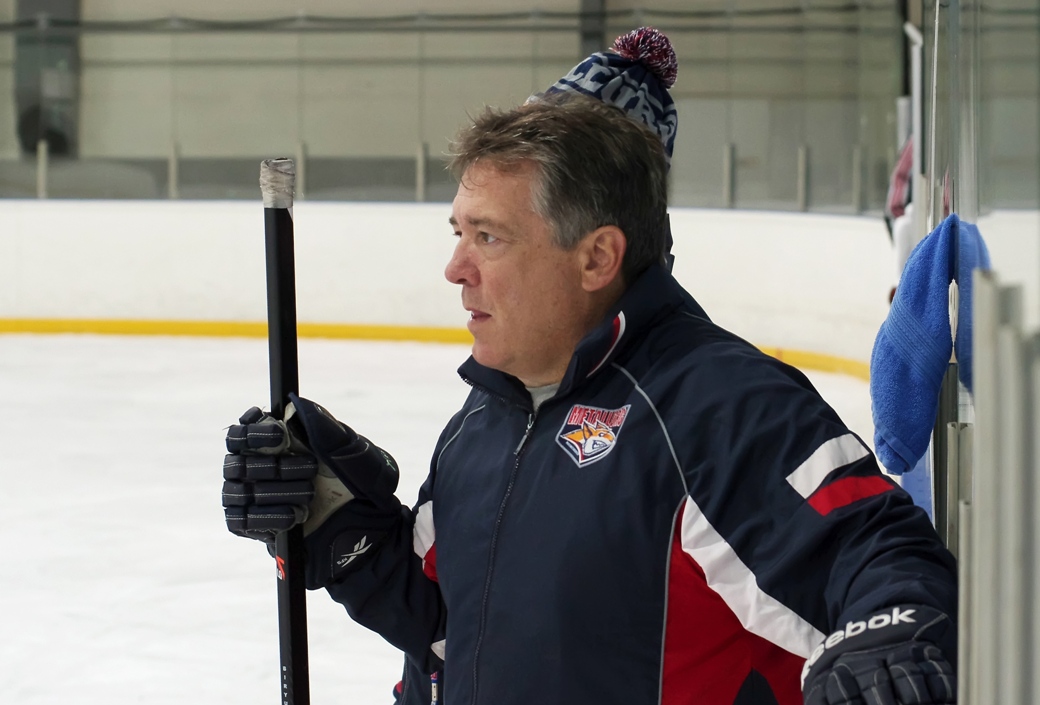 - You live and work in Magnitogorsk, and you know the KHL very well. Did they ask you for help when they were assembling the roster? Did you recommend any specific KHL players, such as Chris Lee, for example, who played for Canada in the Deutschland Cup four years ago?
“Yes, I recommended Chris Lee, Brandon Kozun, Maxime Talbot, and many other players from the KHL. The General Manager and the coaches are constantly in touch and we discussed who to include in the roster. I’d like to thank my colleagues for putting their faith in me, because it was my recommendations regarding players at KHL clubs that formed the basis for team selection. This makes sense, as I’ve been here a few years and seen a lot of players with Canadian passports.”

- In your time as a coach with Metallurg you have won two Gagarin Cups. Did you receive any congratulations for these achievements from Hockey Canada?
“Many people follow the KHL in Canada and are eager foe news of all the North Americans, players and coaches alike. I have won two Gagarin Cups and in Canada I receive congratulations many times and from many people. I had calls from hockey folk and journalists and it was very pleasant to have my work recognized. So, yes - the hockey community in Canada follows the news from the KHL, even if not all of them follow it closely.”

“Thirteen of our players are from the KHL, and naturally none of them wants to fall flat on his face. They’ll be defending the honor of Canada and the reputation of the KHL.”


- Can we regard your call-up for duty with Team Canada as a sign that your work at the club is respected and valued?”
“Yes, you’re right. I think my successful work in Russia has not gone unnoticed. I'm very proud of this invitation from Hockey Canada and their faith in me. It is with great pleasure that I go to this tournament and resume my work with the national team.”

- Team Canada has traditionally participated in the Deutschland Cup and the Spengler Cup. Would the Europe-based Canadians not relish the chance to take part in the Eurotour and play against Russia? We all know of the intense hockey rivalry between Russia and Canada. Do you think your fellow countrymen would accept such an offer if it were made by the organizers?
“The fact is, back in the old days, we used to come and play tournaments in Russia, the Baltics, Scandinavia, and I even worked on the coaching staff at some of them, but it was the European teams that decided they just wanted the format comprising the four strongest teams: Russia, Finland, Sweden and the Czech Republic. Strange, but true. It’s not for me to judge the merits or otherwise of the decision. As for us, it is now our tradition to play in the tournaments in Switzerland and Germany.” 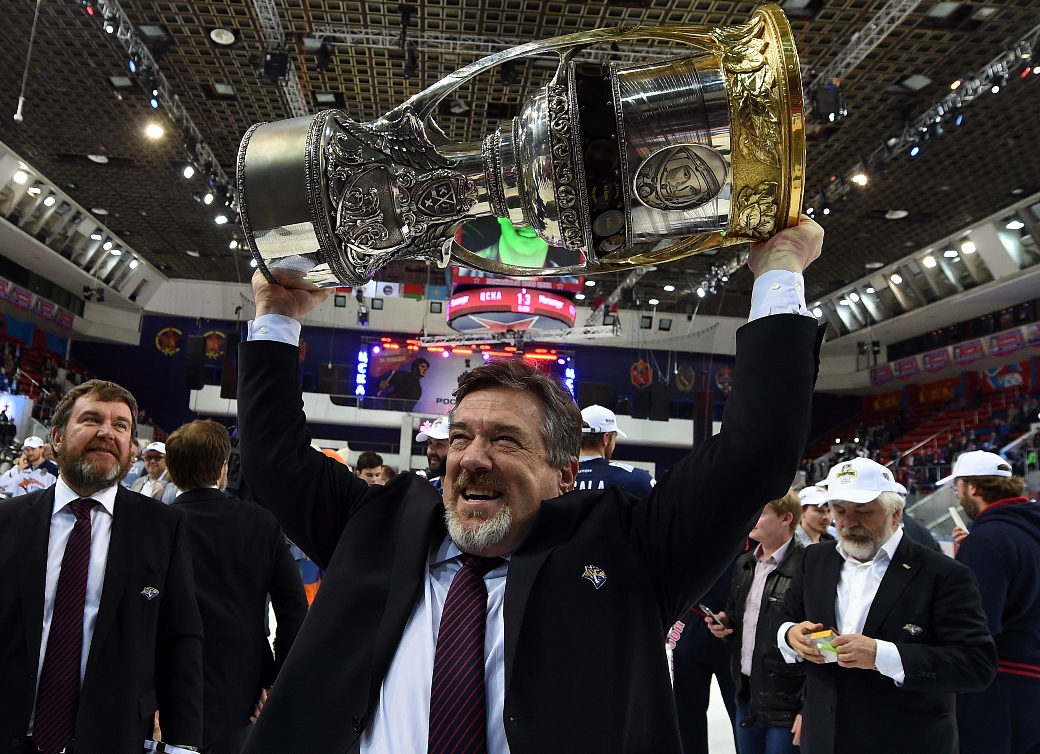 “My experience from working with the national team will help me to win a third Gagarin Cup.”


- You have all grown used to taking pride in so many victories in so many prestigious tournaments, be it Junior and Senior World Championships, Olympic games, and of course, the recent World Cup. What kind of motivation is there for the Canadian players and coaches plying their trade in the European leagues?
“If you are born in Canada, and hockey has been part of your life since childhood, then throughout your life you take pride in the history of Canadian hockey and want to add new pages to the chapter of great victories – you pay homage to the past, you rejoice in the present, and you look to the future with great optimism. And every Canadian, for whom hockey is the meaning of life, wants to go out and prove that Canada really is the best. This inner desire to win is acquired and nurtured in childhood. And when we do manage to win, for each and every one of us, whether we’re a coach or a player, there is an enormous sense of pride in our country and in our hockey.”

- In Russia, before every tournament there is intense pressure on the national team from the media and fans – the expectation of victory is too high. Is it a similar situation with the Canadians? Do you feel you are under psychological pressure and do you believe you have to win the tournament at any cost?
“We have that pressure, too. Everyone wants to win, so in the Deutschland Cup we’ll strive to play well and win the tournament. But, at the same time, we concentrate more on our own game than on the expectations of the media or the reactions of the fans. We try not to get distracted by the things that surround the game.”

“I have won two Gagarin Cups and in Canada I receive congratulations many times and from many people. I had calls from hockey folk and journalists and it was very pleasant to have my work recognized. So, yes - the hockey community in Canada follows the news from the KHL”


- How do you feel about your work with the national team? How prestigious is it, and how much does it mean to you?
“Is certainly prestigious for me. I will be trying to deploy all my coaching knowledge to help us achieve maximum success. Moreover, working with the national team is also a learning experience, and one which I hope will help me fight to win a third Gagarin Cup.”

- Team Canada will arrive with a roster packed with players from the KHL. Will there be an additional motivating factor for you in the Deutschland Cup, in that you are representing not only your country but also the clubs in the Kontinental Hockey League?
“Undoubtedly. Thirteen of our players are from the KHL, and naturally none of them wants to fall flat on his face. They’ll be defending the honor of Canada and the reputation of the KHL. Our opponents - Slovakia, Switzerland and Germany – all have strong rosters of players who’ve been together a long time, whereas we are building almost from scratch, but we will do all we can to produce the performances we need.” 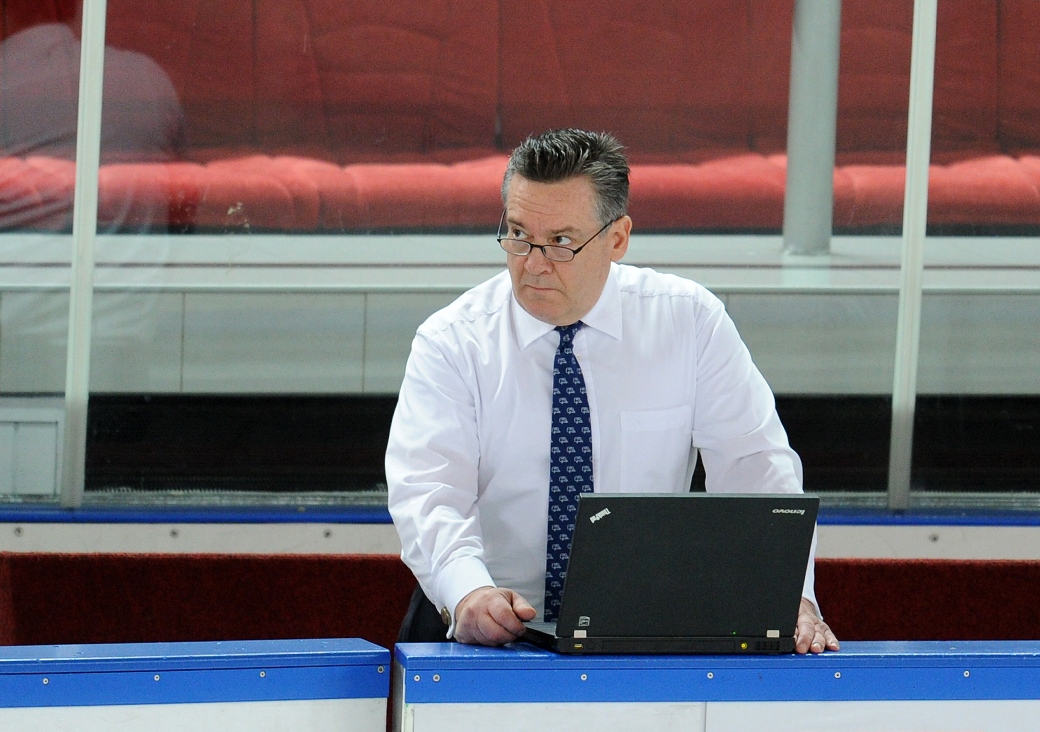 The Canadians set up pre-competition camp in Budapest, and their three-day city break included a match on Tuesday against Hungary’s national team. No fewer than thirteen of the 27-man Team Canada roster play in the Kontinental Hockey League, compared with seven based in Germany three in Austria, three in Sweden and one (Curtis Hamilton) playing in Finland.

Fortune in the Deutschland Cup has favored the Fatherland lately, with five German wins in the last seven years, and we need to go back to 2008 to find Canada’s most recent success. Can Pelino and “All the King’s Men” reclaim the prize for hockey’s homeland?