Every season sees new faces come into the KHL – and old favorites moving on. Here’s a handy-looking line-up of players who won’t be involved in the coming season.

When Iron Mike pitched up in Magnitogorsk, many thought it was the last throw of the dice for a coach often derided as a dinosaur in North America. But Keenan proved the doubters wrong in his first season, taking Metallurg to the Gagarin Cup and becoming the first Canadian coach to triumph on Russian ice. Proof of his acclimatization to the Russian game came in the locker room after the cup final, with Keenan crooning his way through Russian ‘chanson’ in celebration. The roster he assembled – and the faith he showed in assistant Ilya Vorobyov – proved its worth last season as Magnitka won it all again, even though Keenan himself had been moved upstairs part-way through the campaign. Hopes that his advisory capacity in the Urals might be a long-lasting association didn’t quite come off, and summer brought the announcement that Keenan was ending his three years in the KHL. 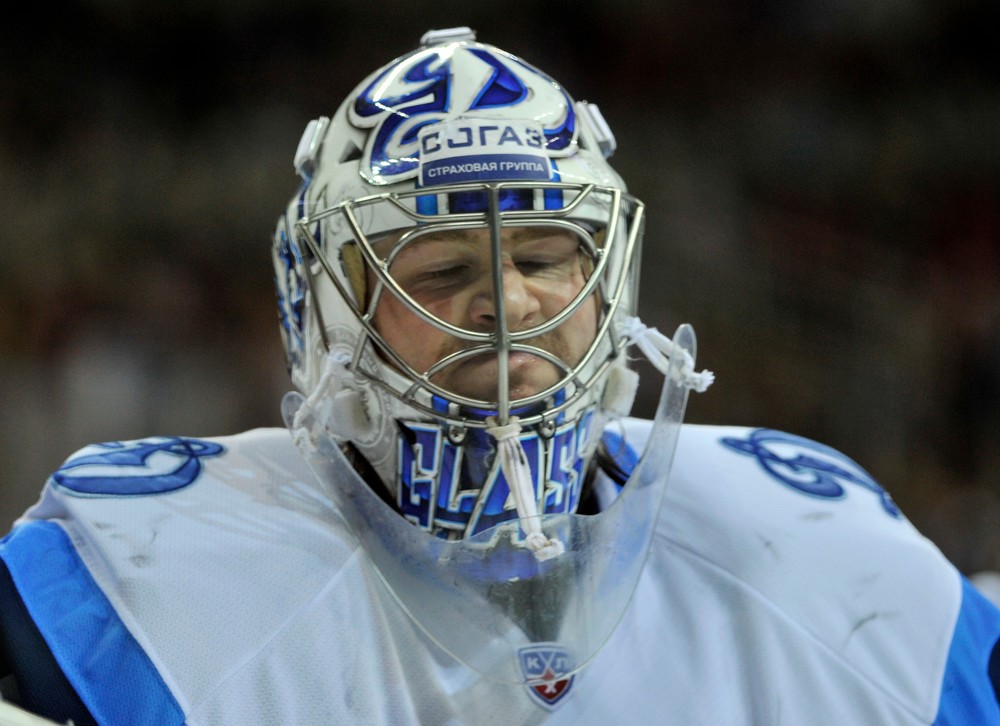 It’s been a quiet summer for KHL goalies but the departure of Canadian stopper Jeff Glass is worthy of mention. He came to the league in 2009, spending three seasons at Barys Astana before switching to Sibir. He enjoyed the best season of his KHL career in Novosibirsk, posting a 93.3% save ratio to lift the team into the playoffs. Further spells at Spartak, CSKA, Lada and finally Dinamo Minsk rounded off a KHL career that more often than not saw him working hard to haul outsiders into contention. 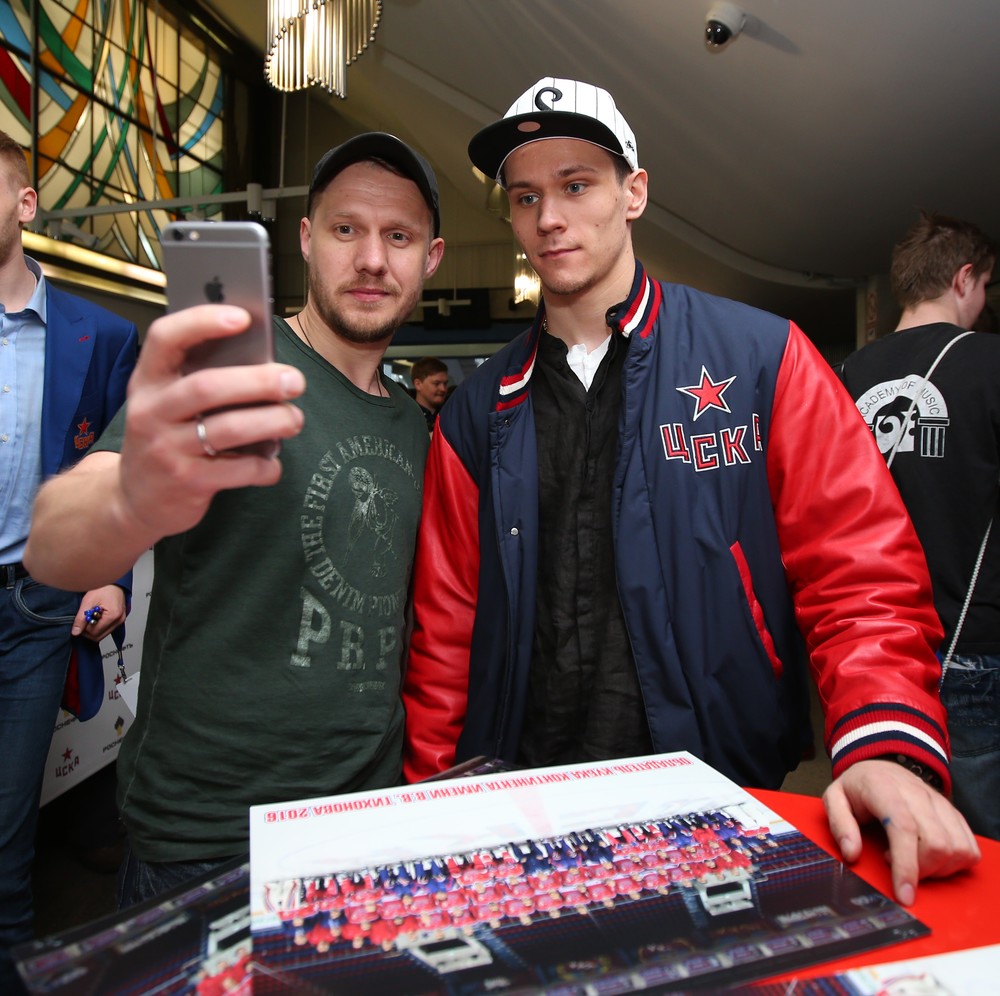 One of the brightest young prospects in Russian hockey, Nikita Zaitsev’s career has been on an upward curve since he broke into Sibir’s team as a teenager back in 2009. Sibir has been a good testing ground for young talent – Zaitsev played alongside Vladimir Tarasenko for a time – but it wasn’t until he moved to CSKA that his game matured and he began to offer more of an offensive contribution. Entrusted with a role on the power play under Dmitry Kvartalnov, he blasted 11 PP goals in the 2014-15 campaign and a further seven last time out. At the same time the youngster, still only 24, cemented his place on team Russia’s blue line. Disappointment at the departure of a talented young player is tempered by the hope that NHL experience will benefit Russia in the next Olympics. 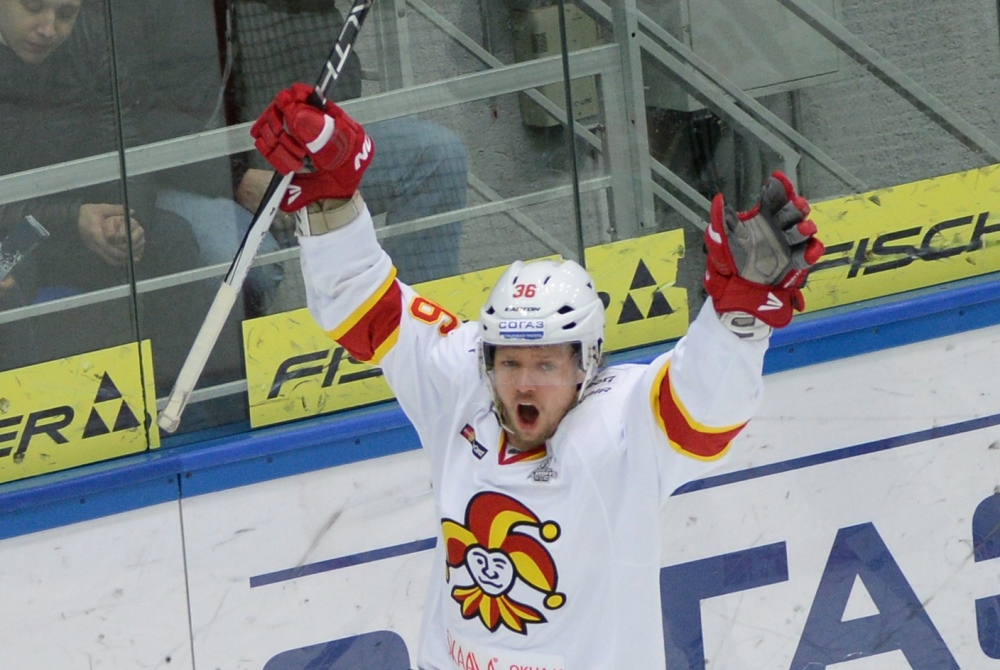 Larsen became the first Dane to play in the KHL when he signed for Ugra at the beginning of the 2014-15 campaign. But he enjoyed greater success after switching to Jokerit the following season. Eleven goals made him the second highest-scoring D-man in regular season, while 36 points tied him in fifth place as the most productive from the blue line. That kind of form persuaded the Canucks to acquire Larsen’s rights from Edmonton and offer him a one-year deal to return to the NHL. 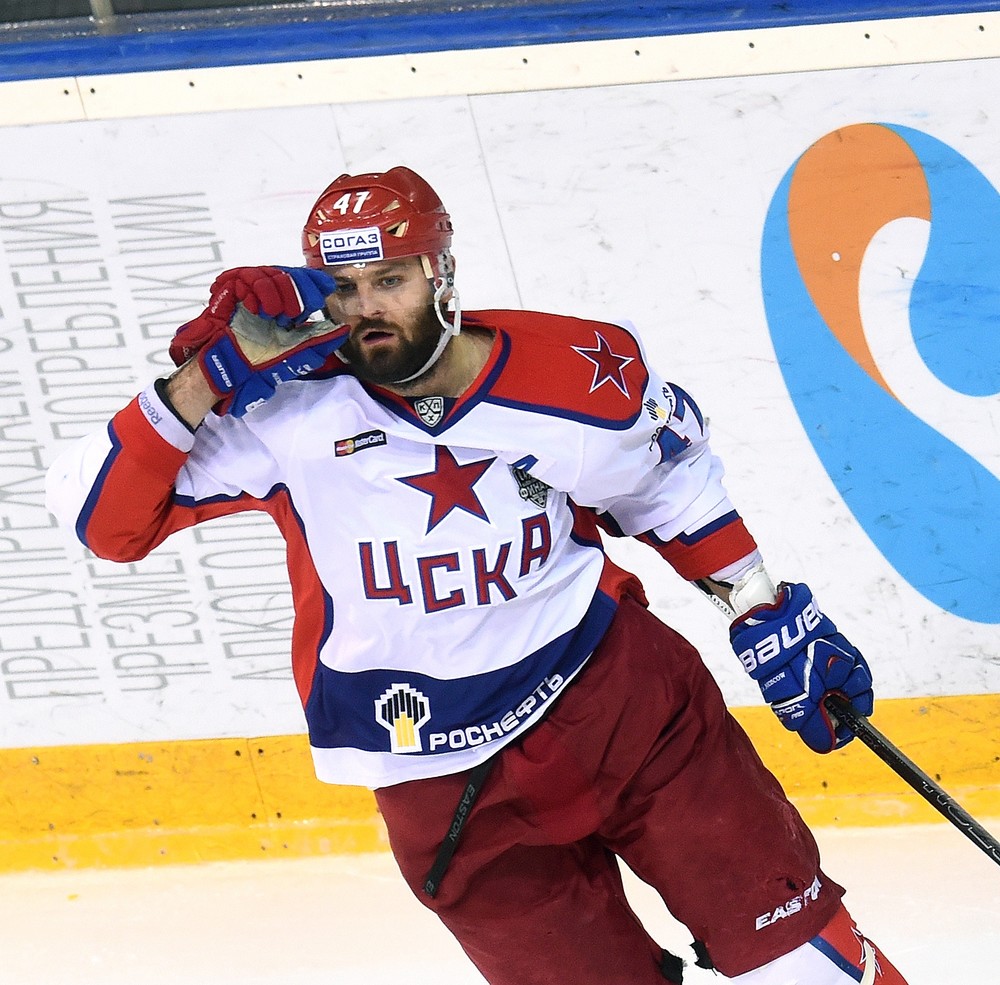 There’s not much needs to be said about Radulov – perhaps the most explosive talent to grace the KHL. At his best he’s an absolute lynchpin of any team; at his worst, when emotion gets the better of him, he can be an indiscriminately disruptive influence. But for the last two seasons under Dmitry Kvartalnov at CSKA, Radulov did a good job of harnessing his obvious passion and directing it to the serious business of scoring goals and making assists. Rattling along at over a point a game, he brought CSKA two Continental Cups for topping the regular season table and helped the Army Men to the Gagarin Cup final last season. Now aged 30, he’s looking for a second crack at the NHL after his stint with the Nashville Predators. That spell saw two solid seasons from 2006-08 – and a brief surprise return for the 2012 playoffs – but ended acrimoniously amid contract wrangles over his return to Russia. 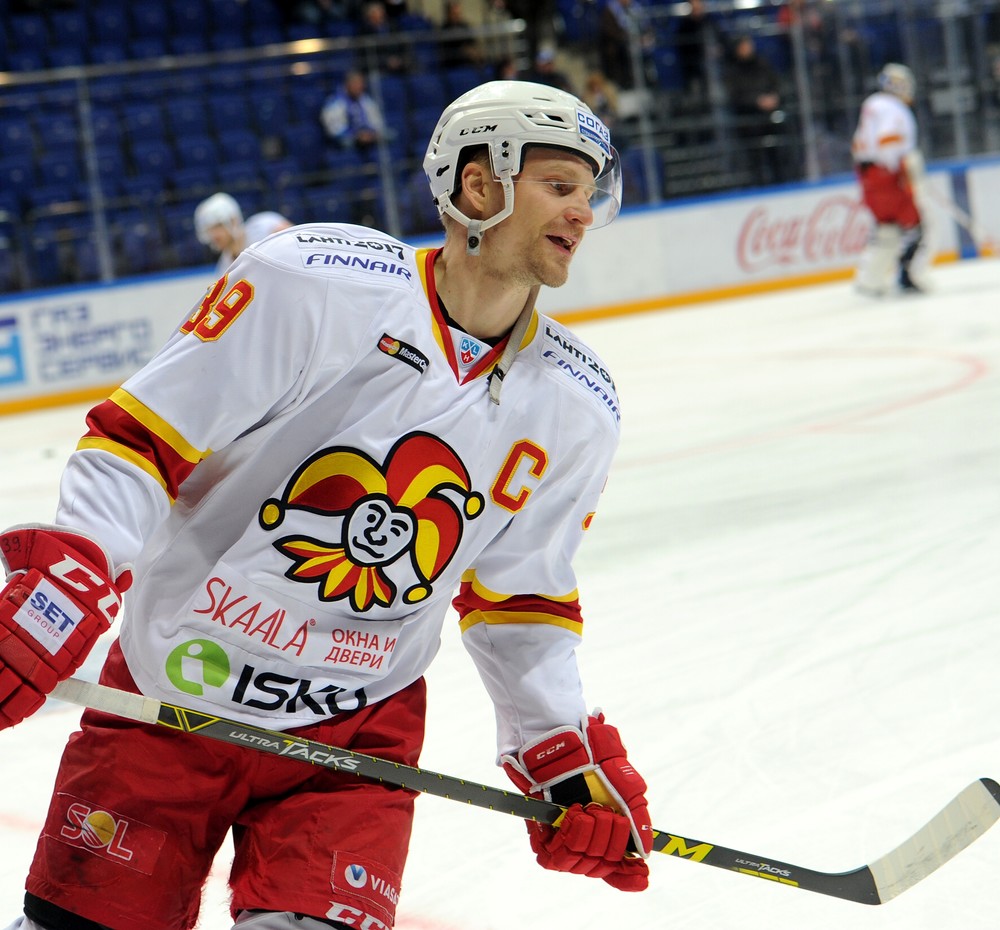 Two Gagarin Cup wins, a further run to the Grand Final and more than 500 career games make Finnish forward Niko Kapanen one of the brightest stars to grace the KHL. He arrived in Kazan for the league’s first ever season and ended it a champion after helping Ak Bars to lift the cup. One year later he repeated the trick and he eventually played five seasons in the Tatar capital. Then came the move to Lev Prague, where his experience helped take the team to the cup final in 2014 – despite an injury-hit regular season, Kapanen’s 11 points in 21 playoff games made a big contribution to that run. When Lev folded and Jokerit joined the league, Kapanen was a natural choice to spearhead the KHL’s arrival in his homeland and he continued to score regularly over the course of two seasons in Helsinki. Now 38, he finishes his KHL with 298 points from 510 games. 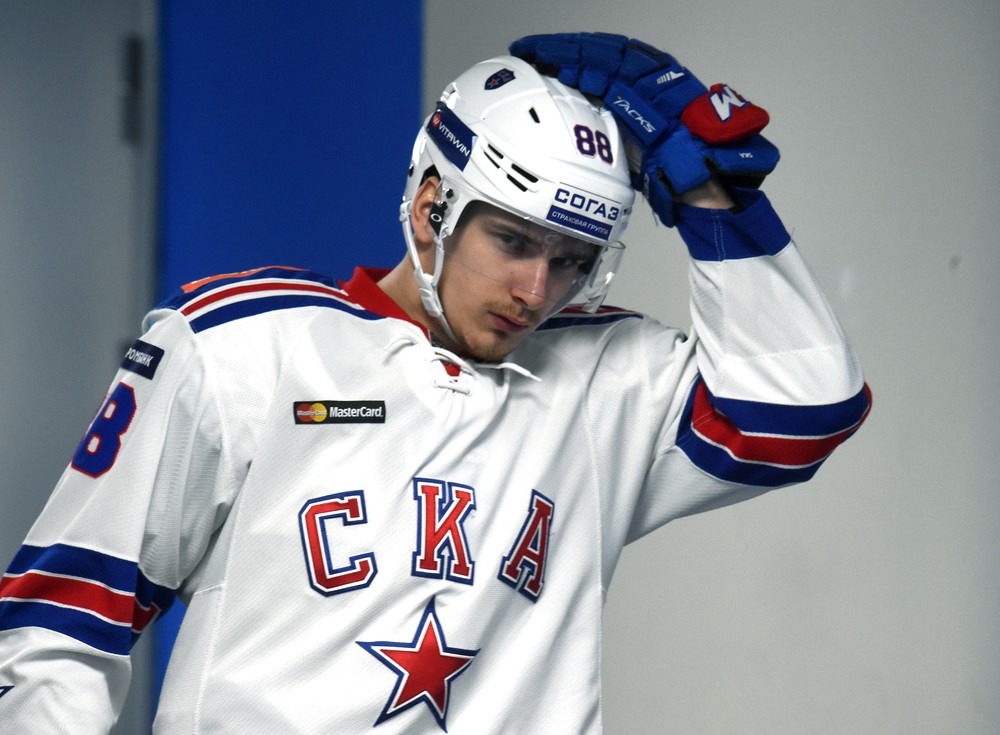 This time last year Buchnevich was preparing for another season at Severstal, where the sum of ambitions was a place in the playoffs. Fast forward through a remarkable 12 months and the 21-year-old is looking to establish himself in the NHL at the Rangers. So what’s the deal? Buchnevich, a graduate of the Cherepovets hockey school, really grabbed attention for the first time in 2014-15, picking up 30 points in 48 games for a Severstal team that was some distance from the playoffs. That was the second-best U20 season in KHL history, with only Evgeny Kuznetsov outscoring him. Carrying that form into last season, he earned a December move to SKA, gaining another level of experience and getting a look at some serious playoff action. Having turned down the chance to cross the Atlantic last year, reasoning that top-line minutes in Severstal would do more to develop his skills, Buchnevich is now making the big move – and hoping that his undoubted creative flair won’t suffer under the rigors of discipline-focused NHL coaching.