Pre-season tournaments are underway, with Torpedo, CSKA and Dynamo Moscow all picking up silverware at the weekend.

The Army Men, rebuilding after the departure of Alexander Radulov and Nikita Zaitsev, claimed top spot in the Sochi Hockey Open. Much of the scoring came from new signings Gregg Scott and Bud Holloway, with the latter potting a hat-trick in the decisive 6-3 victory over Sochi that secured the tournament for CSKA.

Holloway admitted that he’d found some aspects of life in Russia tricky, but added that he was raring to go for the new season – and not even the prospect of long trips to the Far East gave him anything to worry about.

“I’m a traveller by nature,” he told khl.ru. “I’ve not looked at the schedule yet but long flights won’t be a problem.

“But our training camps were definitely the toughest I’ve experienced,” he said. “It was even harder than I thought – I’ve never encountered a workload like it. But it’s good, it gets us in shape for the new season.

“We’ve got a good team here and I hope I can bring something new to that. I’m still getting used to the bigger ice; I’ve got some experience of playing in Europe and that helps but I’m not fully adapted yet.” 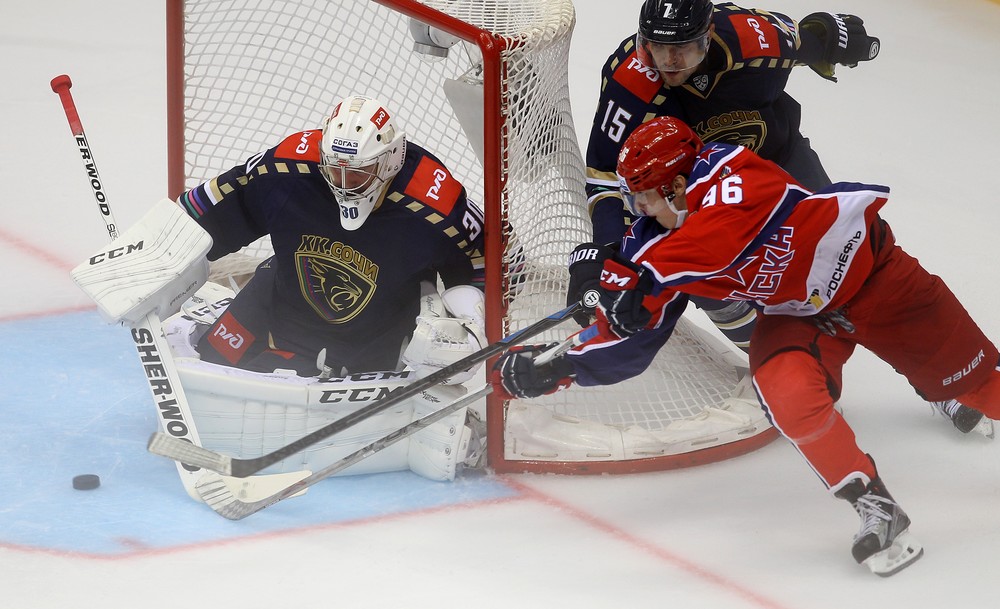 In Moscow, Dynamo lifted the Arkady Chernyshev Memorial Trophy on home ice. After losing out on goal difference to Spartak last year, the Blue-and-Whites were out for revenge and got it in a winner-takes-all showdown on Sunday. Third-period goals from Artyom Podshendyalov, a recent signing from Admiral, and long-serving forward Denis Kokarev secured a 3-1 victory for Dynamo. Dinamo Minsk and Dynamo Balashikha rounded out the group.

But head coach Sergei Oreshkin was not getting carried away with pre-season success. “I think everyone could see that this team is still a work in progress and maybe wasn’t playing the kind of hockey we’d all like to see,” he said. “But the overall line-up of the team is more or less established. And now everything depends on the younger players, who still have every opportunity of playing their way onto the roster.” 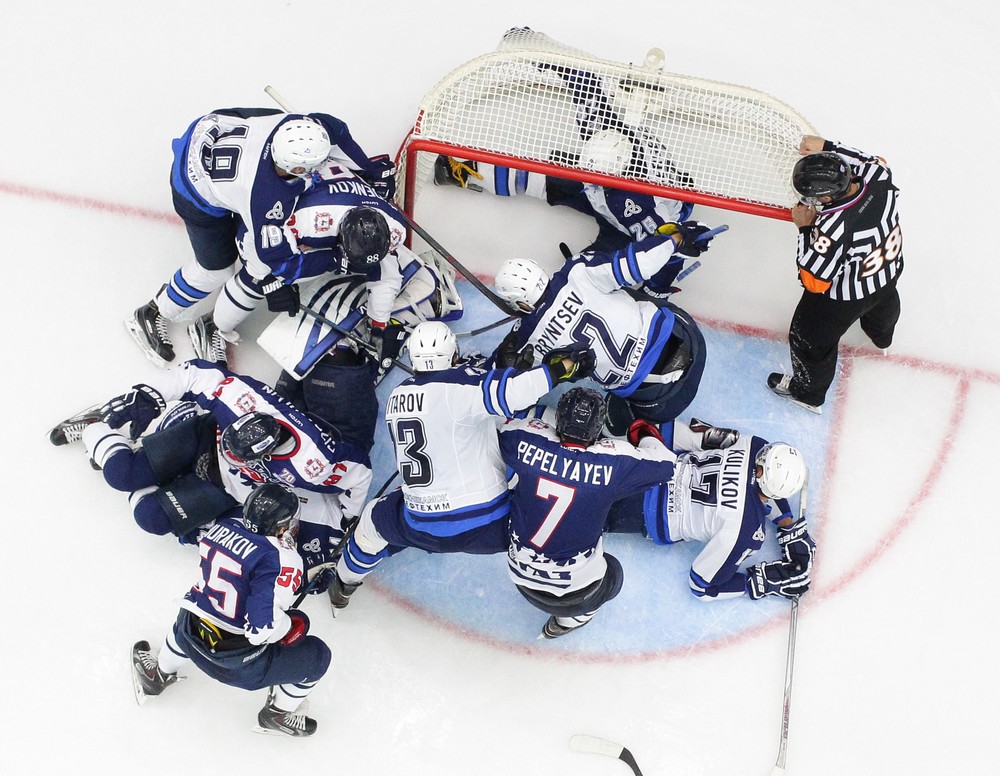 Torpedo edged to top spot in its home tournament in Nizhny Novgorod, tying with Ak Bars and Dinamo Riga on 11 points and claiming the prize by virtue of a better goal difference. But the tournament was a big disappointment for Lokomotiv Yaroslavl, beaten in all five games to finish bottom of the group table and give head coach Alexei Kudashov plenty to ponder.