Trading card company SEREAL is proud to announce the release of a new and exclusive series of hockey cards, the PLATINUM COLLECTION 2016, featuring the new KHL color scheme and logo and dedicated to the finest players in the League.

This collection is a limited edition and each card bears its own unique subseries number.

This subseries is devoted to one of the undisputed high spots of the season, the KHL All-Star Game, which this year took place on the 23rd of January at Moscow's brand-new VTB Arena.

These cards incorporate the autographs of the players and coaches, plus fragments from the jerseys and hockey sticks worn and used on this special day by the star players of Team East and Team West. One of the most highly coveted items in this subseries are cards with fragments of the blazing hockey stick used by Salavat Yulaev forward Linus Omark in the Super Skills shootout contest 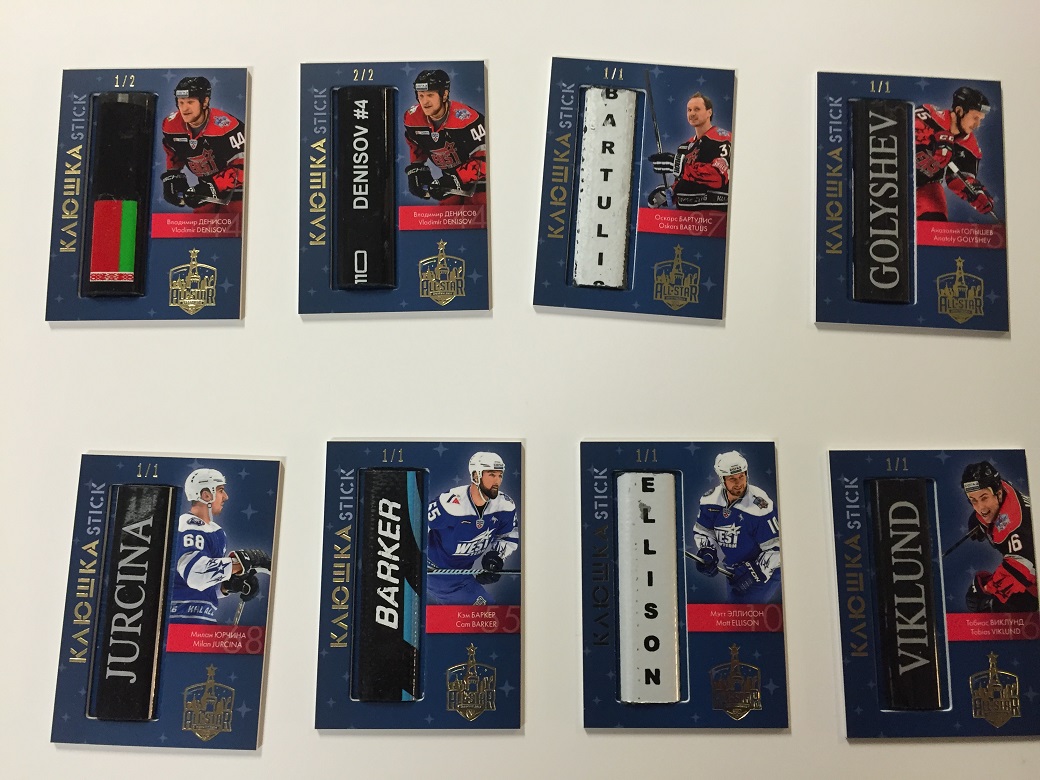 On the 13th of February, the Neftekhim-Arena in Nizhnekamsk hosted the seventh Challenge Cup, contested by teams from the MHL (youth hockey league). This sub-series of the PLATINUM COLLECTION 2016 is devoted to this match-up between some of the brightest rising stars of hockey's future.

These cards also feature autographs of the competing players, plus fragments of team jerseys and sticks from the game. A pleasant surprise awaits those who acquire cards in this collection: they are autographed by the two-time world champion and current head of the MHL, Alexei Morozov, and by one of Russia's finest coaches,Vladimir Yurzinov Sr.

This subseries comprises cards with fragments of the jerseys and sticks worn and used by the heroes of the 2015-16 season: Alexander Radulov, Sergei Mozyakin, Chris Lee, Vadim Shipachyov, Nikita Zaitsev, Niko Kapanen, Alexander Eryomenko, Mikhail Varnakov and more. A special feature of this sub-series is cards with photos of the masks worn by 63 of the KHL's goaltenders.

Details of other great series of KHL trading cards can be found on the manufacturers' site.

And the PLATINUM COLLECTION 2016 can be bought from the KHL online store.