CSKA and Magnitka – the story so far …

Two meetings between the two finalists earlier this season were full of intrigue – and both teams can draw positives from the results.

Metallurg arrived in Moscow in disappointing form – the same stuttering progress that was about to prompt a change in coaching at the Magnitogorsk club. But this was a night when everything went right for the Ural team and high-flying CSKA went down to a rare, but deserved defeat.

Initially the home team had the edge. Stephane da Costa fed Nikita Zaitsev and the young D-man opened the scoring on the power play.

But Magnitka’s experienced combo of Sergei Mozyakin and Jan Kovar did the business when CSKA ran into penalty trouble of its own. Each man had a goal and an assist in the middle session to turn the game upside down and set Metallurg on the way to victory. Mozyakin wrapped it up with an empty-netter.

Recalling that game, CSKA head coach Dmitry Kvartalnov admitted that little had worked for his team on the night. But he added that after reviewing the footage in the build-up to the final, he felt that his team had already demonstrated solutions to some of those early-season problems. 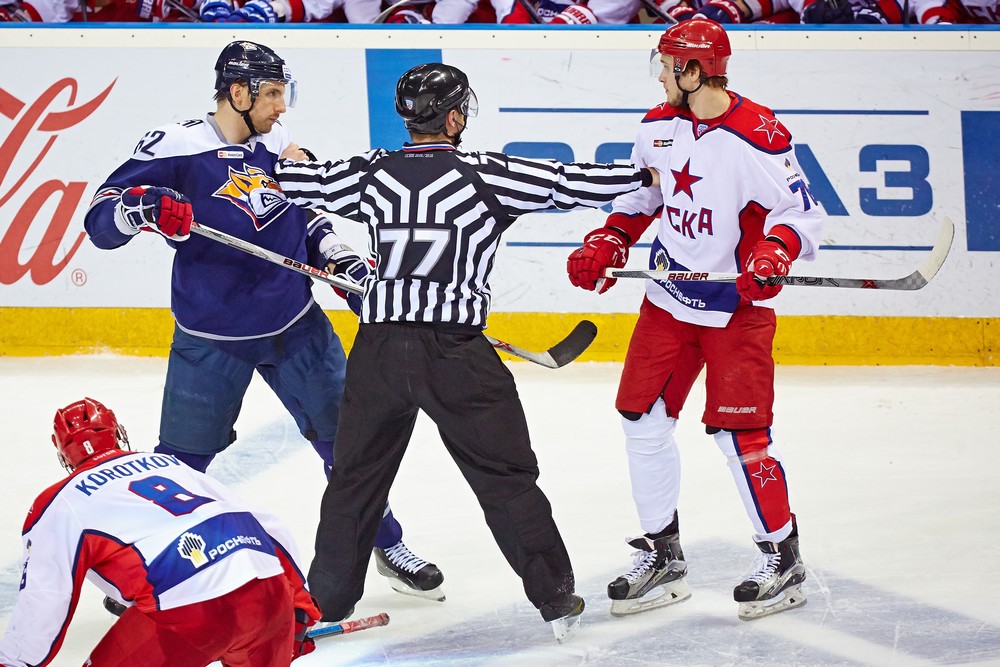 This game was a big one for CSKA. Victory secured the Viktor Tikhonov Trophy as the Army Men won the Regular Season title for the second year running. Coming into the game, CSKA had 11 wins on the spin and began the game with all the confidence and aggression you’d expect from a team in that kind of form.

The first period – indeed the first 30 minutes – were almost one-way traffic. CSKA dominated the play, repeatedly rattling the frame of Vasily Koshechkin’s goal … only to fall behind to a sucker punch as Evgeny Timkin swept home a rebound from close range.

The visitor replied quickly, Denis Denisov finally solving Koshechkin with a mighty effort from the blue line. But the game winner, in the last minute of the second period, was greeted with derision by the home fans. There was no argument about Stephane da Costa’s touch to deflect the puck past the goalie, but home fans were convinced that Bogdan Kiselvich allowed the puck to clear the Metallurg zone before thumping in his shot. The officials ruled no offside, and the goal stood. Alexander Radulov wrapped it up with an empty-netter, and first place in the KHL table was confirmed.

So the two regular season meetings proved to be mirror images of one another. Both times the home team scored first. Both times the game was turned around. Both times it took an empty-net goal to finally secure the visitor’s victory.

The evidence suggests that the up-coming final will be a close-fought affair, with small margins deciding each of the games – and perhaps that the team with the better disciplinary record is likely to prosper, given the strength of both sets of special teams on the power play in regular season.