Amur’s newly-appointed head coach Andrei Nikolishin got off to a winning start – but it took a wonder save from goalie Juha Metsola to clinch a slender 2-1 verdict over Avtomobilist.

Metsola pulled off his super stop in the third period after he was deceived by a crazy rebound off the boards. That left the Finn seemingly stranded behind his net as Alexei Mikhnov lined up a shot into an open goal. But Metsola refused to surrender, hurling himself back into position and getting a strong stick in front of the forward’s shot to preserve his team’s one-goal advantage.

On offense it was a good day for Vitaly Shulakov, who posted assists on goals by Vladimir Pervushin and Vyacheslav Ushenin. Artyom Gareyev got Avto’s goal in the third.

SKA’s quest for a fifth successive victory pitched them against Nikolishin’s former club, Traktor – and the Chelyabinsk team made things tough for the Gagarin Cup holder.

The visitor led twice in St. Petersburg, thanks to a fifth-minute goal from Alexei Petrov and a 28th-minute strike from Maxim Yakutsenya.

SKA recovered on both occasions thanks to Jarno Koskiranta and Vadim Shipachyov before going on to secure the win on Alexander Kadeikin’s goal 37 seconds into the extras. 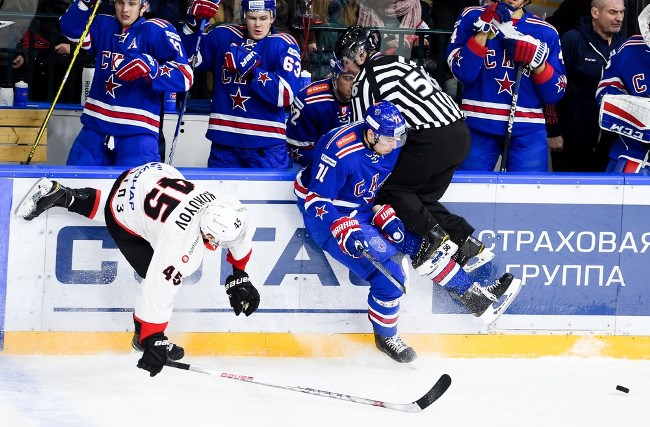 Nikolai Zherdev’s lively start to life in Nizhny Novgorod continues: the former Columbus Blue Jackets prospect added his third assist in two games but then missed a golden chance to give his team victory in the final second.

With the scores tied at 2-2 and Sibir shorthanded, Torpedo thought it had won it on a last-gasp shot that beat Nikita Bespalov. However, defenseman Maxim Ignatovich had already knocked the goal from its moorings resulting in a penalty shot. Zherdev was nominated to take it ahead but fired wide of the target as Bespalov closed down the angles well.

Overtime could not separate the teams, so it went to a shoot-out and this time Bespalov had no answers. Sergei Kostitsyn and Vladimir Galuzin both converted, while shoot-out specialist Ilya Proskuryakov made two saves to give Torpedo the points.

Earlier Alexei Potapov and Carter Ashton put Torpedo 2-0 up in the first seven minutes, but Alexei Kopeikin and David Ullstrom tied the scores for Sibir.

Admiral recorded a second successive victory with a 4-3 success at home to Ugra. Alexander Gorshkov and Alexei Ugarov opened up a 2-0 lead, but Ugra hit back through Pavel Medvedev and Igor Bortnikov. The teams traded two more goals before Kirill Voronin scored the game-winner in the 52nd minute. 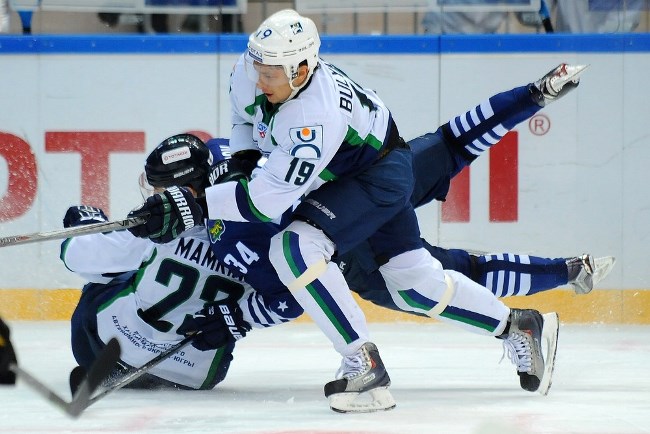 Dinamo Minsk and Metallurg Novokuznetsk played out an exciting game in Belarus. It seemed like plain sailing for Dinamo with the score at 4-1 early in the second period but two goals from Kirill Lebedev hauled Kuznya back into contention. Overtime could not produce a winner so it went to a shoot-out with Dinamo winning thanks to Ryan Vesce.

A quick-fire pair of goals in the third period lifted Neftekhimik to a 5-3 win at Spartak. Both teams were recovering from a 5-0 mauling in their previous games and Spartak began brightly, leading three times. But Pavel Poryadin and Kirill Lyamin scored thee minute apart to turn the game upside down before Alexander Kitarov’s empty-netter wrapped it up. Two goals from Konstantin Glazachev could not save Spartak from defeat. 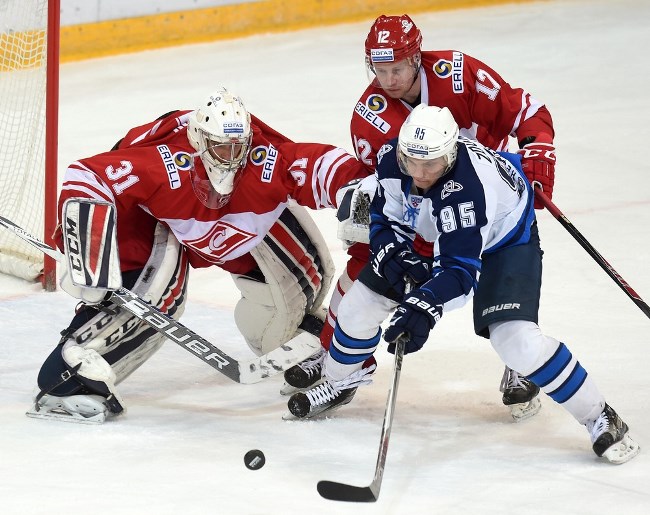