Linus Omark. Better than before

Tell us about your first spell in the KHL, playing for Dynamo Moscow in the 2009-10 season. What kind of memories do you have from that time?
“That was a long time ago, but I had a good year and I enjoyed playing there. I went there with my fellow Swede, Johan Harju, and we lived with Leo Komarov. Mattias Weinhandl was there, too, so we had a strong Swedish contingent. And there were also the Czechs, Jiri Hudler and Karel Rachunek. Great players. Of course, was bad when we lost to Spartak in the first round of the play-offs, but apart from that, I only have good memories on and off the ice.”

Was it a big a step for you, moving to a new level in your career?
“Yes, of course. I came from the Swedish League and I wanted to try something else, such as the KHL. Dynamo came in with a good offer, and I saw an opportunity to grow as a player and to have some fun here.” 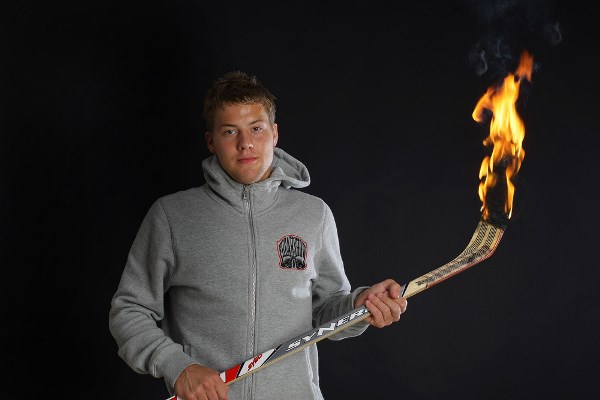 And after that, you decided you were ready for the NHL. How was that?
“I went to Edmonton, and there were a lot of other young guys there, first-rounders, with playing styles similar to mine, so it was pretty hard for me to break into the team. We struggled that season, and the team and team did not play that well, but I still enjoyed my time there. I have good memories. I wanted to play more and show what I could do, but that’s the way it goes.”

Did it nonetheless make you a better player, in some respects?
“Yes, of course it did. I was playing against the best players in the world and I was still young when I was there, so I learned a lot from that kind of game. They were fun years, but I am here now.”

So, like the Prodigal Son, you came “home” to the KHL, to Jokerit. What was that like?
“I decided to go to Jokerit because, first of all, they wanted me really bad. The previous year I was in Buffalo, in the farm team, and my wife and I spent the entire year living in a hotel. We wanted a nice home, like an apartment, and I still wanted to play in a top league, so we thought about Switzerland, or the KHL, so when Jokerit’s offer came it was a good opportunity. I loved it there and I am really happy that I went there.” 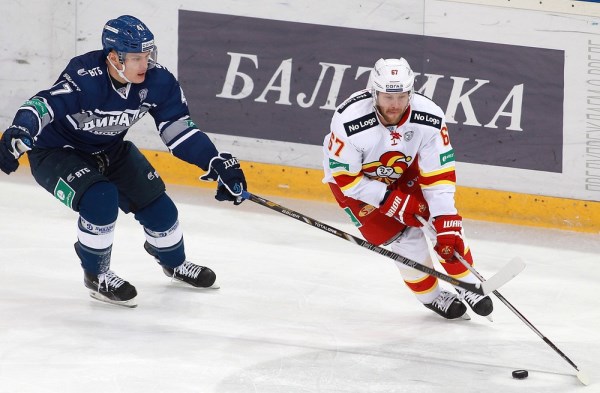 And now you are in Ufa, which is a very different city to Moscow, where you previously played in Russia. It’s a hockey-crazy city. How do you like it here?
“It’s good. My wife and I like it, and the people are friendly. As you say, they love hockey here. It’s not as big as Moscow, you not spend all day stuck in traffic, and they have good restaurants here. It has not been very cold, so far.”

It soon will be. So, overall, are you happy that life is quieter here than in Moscow?
“Yes, I was born and raised in a small village in Sweden, so this is more like home for me. And my wife is here which is important, although she is studying, so she spends some weeks at home. I wouldn’t have come here if she had not come with me. It is more fun with her here, and we spend a lot of time with my fellow imports in the team – two more Swedes and two Finns - and the Russians are really nice, so it is a good mix.”

For a huge part of your career, you played with your great friend, Johan Harju. Now you are at different clubs, so has this made you a more independent player?
“I’ve been on my own several times since the Dynamo days, in the NHL, the AHL and in Switzerland. We went to Jokerit together last season, but it didn’t work out for Johan there. He didn’t play that much, and he went home to the Swedish League in the middle of the season, so I’ve been playing a lot without him. He is a great friend away from the ice, of course. I miss him on the ice, but that doesn’t matter.” 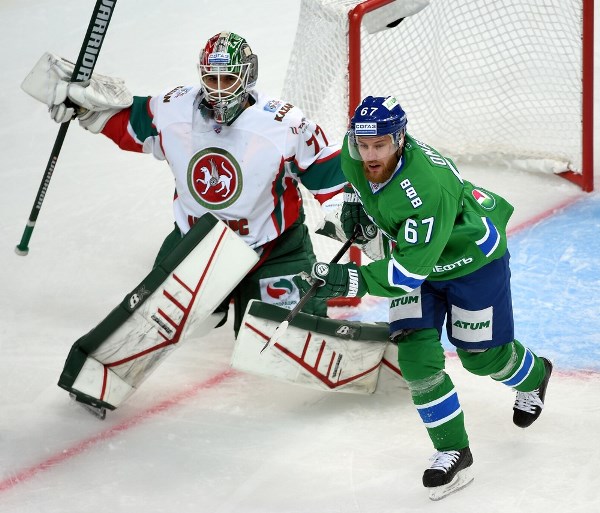 Here we usually regard the foreigners as leaders, so they arrive surrounded by all these great expectations. Do you think of yourself as a leader of the team?
“Yes, of course. I like offensive power play, and when we speak in the locker room, I think I’m one of the leaders. I do not have an ‘A ‘or a ‘C’ on my chest, but in every shift on the ice I try to be a leader and show the team the right way. I’m 28 years old now, so I’m not a kid anymore. I’ve been around for a while, too, in different leagues in Europe and North America, so I know the different styles of playing.”

Through all the years of your career, have had to change your style, or your approach to the game, to adapt to different roles in different teams?
“Yes, a little bit, but I still try to play my kind of game. I do what I’m best at, to create offense, and this what I try to bring to the team.”

Do you not like coming back into defense?
“Of course, I work hard in defense, too, but when the game is tied, it is my job to get us to take the lead. That has been my career. I love to pass and I love to score, and it’s what I’m good at.”

Are there any aspects of your game that you still think you need to improve?
“Yes, you can always improve on anything. Offensively, and I can improve a lot in defense, and I take steps to improve every year. Maybe I am not going to become a much better player than I am now, because I am twenty-eight, but I still, I’m hoping to get my level a little bit higher, and to play my best here. There are a lot of good players in this league, and a lot of good players in our team. I’ll work hard every day and then, hopefully, I’ll get better.