Stars of the East on top once again

Team East maintained its All-Star supremacy with a 18-16 victory in the 2015 edition in Sochi. The win means the East has won four of the five show-cases played under an East vs West format. 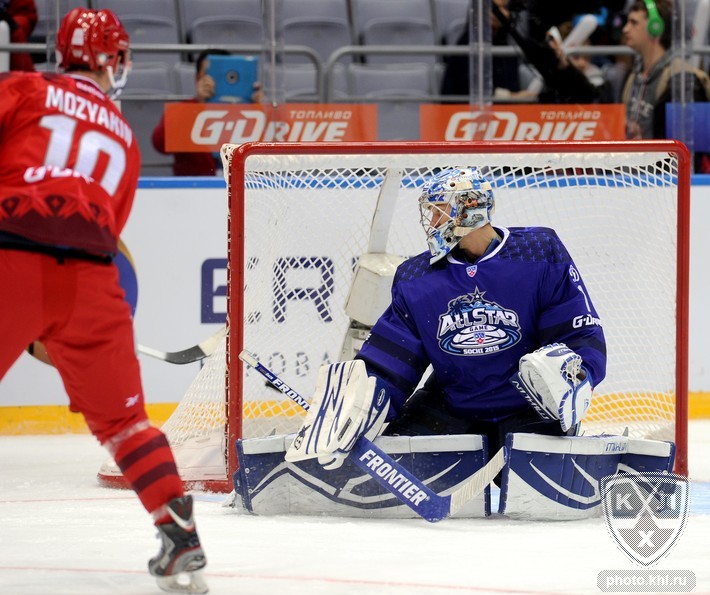 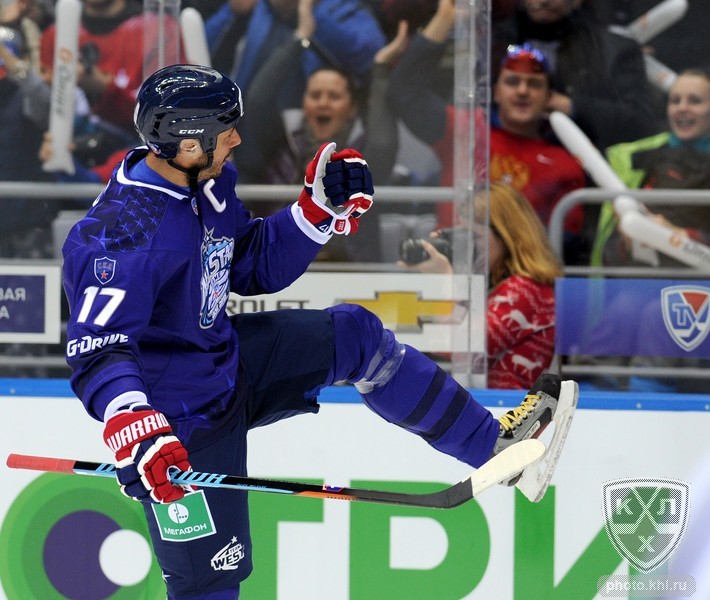 Fans of the home team, HC Sochi, also had a local scorer to cheer – defenseman Nikita Shchitov found the net in the first period

Amid the goal-scoring feats, however, there was also a notable goaltending achievement. Jakub Kovar, the first-choice goalie for the East, gave up just one goal during his 10-minute shift in the second period, pulling off some great saves as a battery of shots flew around the Avtomobilist stopper’s net. 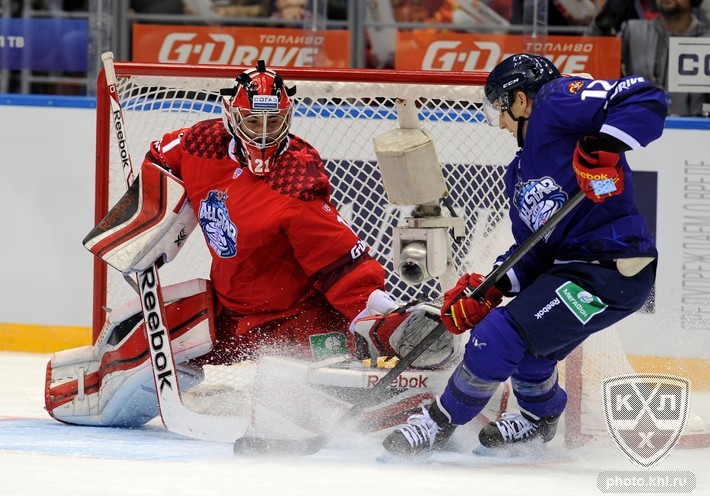 There was also a flamboyant penalty shot attempt from Nikita Gusev, attempting a multiple spin-o-rama that thrilled the crowd but failed to trouble CSKA’s Stanislav Galimov.

Records and shopping trolleys
Typically All-Star Games are not wonderful triumphs for defensemen – when the crowd assembles to revel in the skills of the top forwards in the game, the D-men often find themselves in the role of stooges.

But Matt Gilroy, a blue-liner with Atlant, found time to write his name in the record books during the skills contest when he became the first ever player to hit four targets with four shots in the accuracy test. That helped the West claim a 4-3 win in the pre-game showcase. 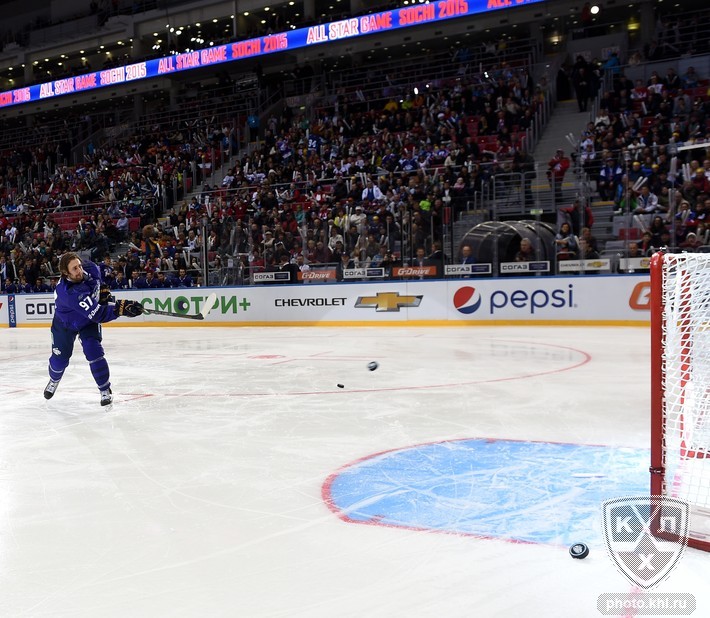 Gilroy wasn’t the only record-breaker in that contest; Torpedo’s Wojtek Wolski set a new KHL speed record after completing a circuit of the ice in 13.178 seconds, shaving 0.3 seconds off the previous best time set by Slovan’s Milan Bartovic last year. 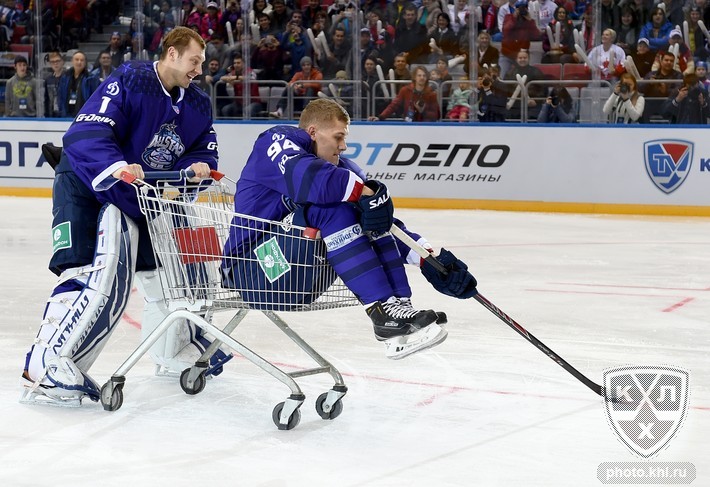 There was also plenty of fun, as usual, with the shoot-out. Last year’s flamboyant headgear was out … and a supermarket trolley became the star of the afternoon. Dynamo Moscow’s young defenseman Andrei Mironov had already tried to score on Alexander Salak after donning team-mate Alexander Yeryomenko’s goalie gear; then he got the Dynamo netminder to wheel him towards the net in a shopping cart before firing narrowly wide of Salak’s post. 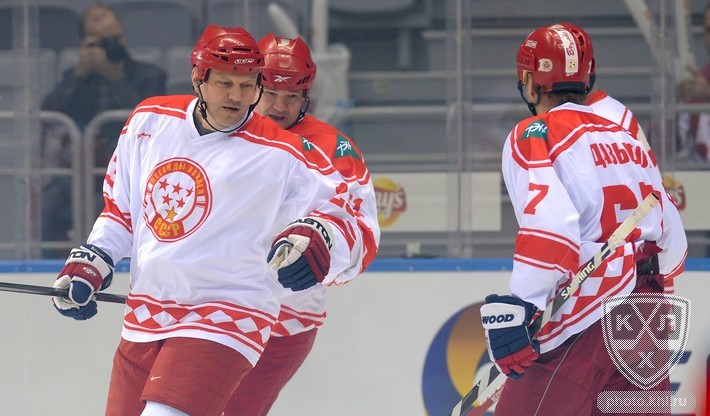 Earlier in the day the veterans’ game went the way of Andrei Kovalenko’s team. The captain led from the front with two goals, while HC Sochi’s head coach Vyacheslav Butsayev (left) weighed in with two assists in a win over Valery Kamensky’s team.