Traktor picked up another valuable win in the race to secure a play-off place, edging Amur 4-3 in Khabarovsk. But the Chelyabinsk team’s closest rival for a top-eight finish, Admiral, also maintained the pressure with a tight home win over Metallurg Magnitogorsk.

Traktor took control early on, blasting two goals in the space of barely a minute in the first period before Petri Kontiola made it 3-0 early in the second. Sergei Smurov pulled one back but Anton Glinkin reinstated the three-goal cushion before the interval. However, it wasn’t plain sailing for Traktor, as Alexander Yunkov scored twice in the third to cut the deficit to a single goal.

That win put the pressure on Admiral in its tricky home game with Magnitka. Felix Schutz gave the Vladivostok team a great start with a sixth-minute goal, but a cagey second session meant the result was far from certain after 40 minutes. Former Metallurg forward Justin Hodgman doubled the lead with a penalty shot, but Jan Kovar hit back almost immediately to ensure it remained a one-goal game until the hooter. 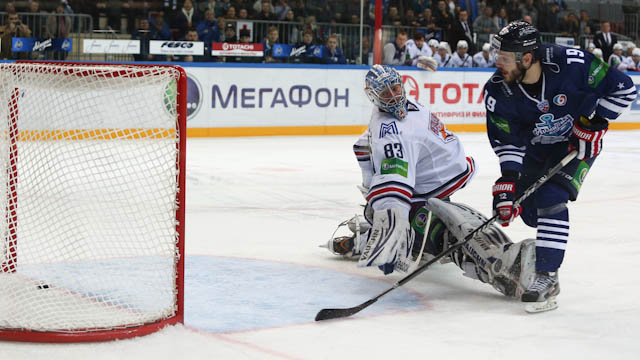 Traktor remains in eighth place in the East, one point ahead of Admiral having played one game fewer.

Hot-shot Roman
SKA forward Roman Cervenka has been in terrific form since the start of the year, and his power play goal at Dinamo Minsk was his seventh point in six games. The Czech forward earlier went through a miserable two-month goal drought, but seems to be hitting his game at just the right time for club and country.

Wednesday’s goal turned out to be the game winner as SKA downed Dinamo 3-2, but the game was closer than the gulf between the teams in the championship table might suggest. Dinamo led 2-1 at the second interval thanks to Andrei Stas’ goal, only for Alexander Barabanov to level it up before Cervenka’s intervention.

Around the league
Spartak got within five minutes of ending its long losing streak, but ultimately suffered a shoot-out loss at home to Atlant. Oleg Yashin’s second goal of the night tied the scores at 3-3 in the 56th minute, then Igor Radulov settled the outcome. 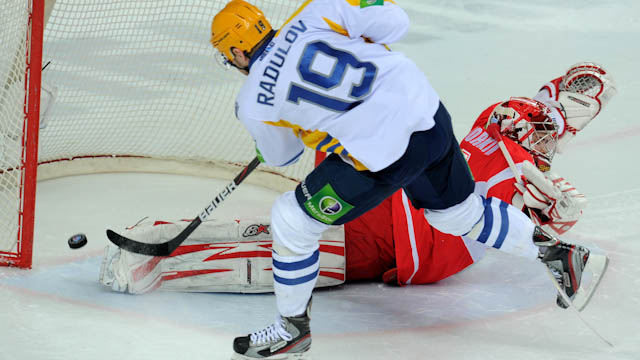 Atlant closed to within four points of eighth-placed Lokomotiv after the Yaroslavl team lost 3-0 at Donbass. Jan Laco made 19 saves, while goals in each period from Viktor Zakharov, Lukas Kaspar and Clay Wilson sent the Ukrainian team up to third in the West. 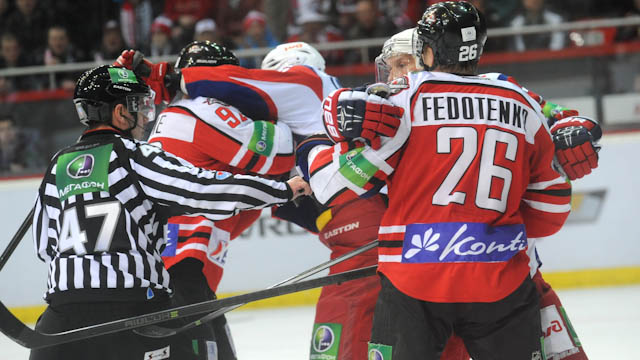 Sibir’s late fightback at home to Salavat Yulaev was all in vain thanks to Igor Mirnov’s penalty shot expertise. He beat Mikko Koskinen three times in the shoot-out to give the visitor the points following a 3-3 tie. Sibir scored twice in the last 10 minutes, with Dmitry Monya levelling the scores, but could not get the win that would rubber stamp a play-off place.

Metallurg Novokuznetsk moved off the bottom of the KHL table with a 3-2 win at home to Neftekhimik. Igor Velichkin’s goal midway through the final session proved decisive, and saw his team inch ahead of Amur on 44 points.