Emphasis on offense — the KHL week in review

From coaches outlining their plans, to teams unveiling new signings, it’s starting to look to the upcoming season promises plenty of goals.

As more KHL teams start their summer preparations in earnest, we’ve been hearing from some of the newly-appointed coaches as they get a first look at their teams. In Nizhny Novgorod, Igor Larionov has every intention of building on the gung-ho tactics seen from Torpedo in recent seasons. “We’re not interested in winning games 1-0,” he told journalists. “We want to score as many goals as we can.” Then in Kazan, Oleg Znarok – a man not always noted for reckless offense – made a similar promise in respect of his star-studded Ak Bars roster. “Of course I’m happy with this roster, who wouldn’t be?” Znarok said. “With a team like this, naturally, we need to play more on the front foot. But today’s hockey is such that we also need to defend, we have young goalies and we need to help them.”

Igor Larionov: We aren’t interested in 1:0 results; we want to score a lot 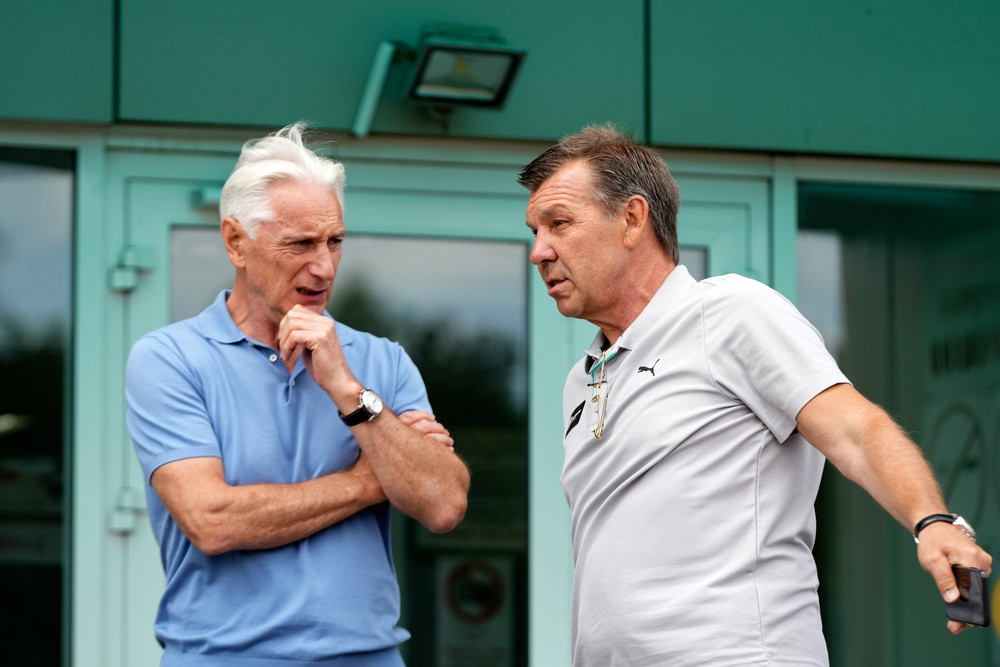 After a year with Barys in 2020-2021, Canadian forward Filip Varone is heading back to the league. This time, he’ll be in Spartak’s colors after inking a one-year deal. Last season, Varone played in Switzerland with Lausanne and Berne. His previous KHL campaign yielded 27 (10+17) points in 46 games in Kazakhstan.

Barys signed Jeremy Bracco, leading forward at Krefeld Penguins last season. The American spent three years in the AHL with the Marlies before moving to Europe in 2020-2021 to play in Finland. Germany was his next stop, and 54 (14+40) points in 54 DEL games caught the eye, earning a move to the KHL.

He’s joined by Jesse Graham, a two-way defenseman who was the most productive player at Augsburg Panthers in last season’s DEL. In Germany, Graham had 42 (3+19) points for the Panthers; in Kazakhstan he will look to replace Darren Dietz as the key producer from the blue line.

A trio of imports – two new, one returning – is heading to the Far East. Libor Sulak, the Czech defenseman who led the Sailors in scoring last season, is back in Vladivostok after a brief spell at Orebro in Sweden late in the campaign. Sulak had 26 (8+18) points in 49 games.

From Slovakia, Olympic bronze medallist Michal Kristof should add some pep to a forward line that struggled last season. The 28-year-old had one goal in seven games in Beijing, and also represented his country at the World Championship in Finland. He played in the Czech league with Kometa Brno, having also represented his home town, Nitra and spent several seasons in Finland. Canadian defenseman Colby Williams, 27, completes the group. His career in North America peaked in the AHL, most recently with Belleville Senators. This will be his first season on this side of the Atlantic.

One in, one out for Minsk

Elsewhere, two import have ended their contracts. Czechia’s Lukas Klok will not return to Neftekhimik and Canadian forward Daniel Audette is moving on from Vityaz after one season in the KHL.

Salavat Yulaev forward Viktor Tikhonov announced the end of his playing career, terminating his contract in Ufa one year early. Last season the 34-year-old had 21 (8+13) points in 36 games, bringing his career tally to 535 games, 138 goals and 127 assists in the KHL. He was part of SKA’s Gagarin Cup winning rosters of 2015 and 2017, and also helped Russia to win the World Championship in 2014.

Changes at the top in WHL

Two of the top teams in the Women’s Hockey League have changed head coach ahead of the new season. Defending champion KRS Vanke Rays – which has changed name to Shenzhen Kunlun Red Star for the coming campaign – said goodbye to Brian Idalski and announced Scott Spencer as incoming head coach. Spencer has worked extensively in the NCAA and had former Dragons player Melanie Jue as his assistant at Lindenwood. Jue returns to the club in a coaching capacity.

Elsewhere, Agidel has appointed a new head coach for the first time since joining the WHL. Denis Afinogenov, who led the team to three WHL titles, left the club to be replaced by Valery Davletshin. The 58-year-old spent much of his playing career in Ufa with Salavat Yulaev and Avangard Ufa. As a coach, he’s worked extensively with Amur’s juniors and spent last season behind the bench at Toros, Ufa’s VHL team. Sergei Trudakov remains in post as assistant coach.