The KHL’s first ever 3x3 tournament is delivering plenty of goal action with more than 13 goals per game so far. In full-size hockey, Avangard confirmed the return of a homegrown talent and acquired a new import. And there was confirmation of the structure for the fast-approaching 2022-2023 season.

Goals pile up in 3x3 tourney

The first week of the KHL’s ground-breaking 3x3 tournament has been a goal feast. The eight competing teams have played 20 games so far, and scored 271 goals between them. That’s an impressive average of 13.55 goals per game. Phoenix and Centaurus currently top the table, locked on 12 points apiece after four wins from five games. Perseus and Orion complete the top four and are currently on course to make the medal games. Dragon is the closest of the chasing pack, three points adrift of Orion.

Vadim Pereskokov, who has signed for Amur after a productive season in Slovakia, potted five goals in a single game to help his Phoenix team to a 16-8 win over Eridan in the opening game. Among the other prominent goalscorers, Rafael Bikmullin (Netekhimik) scored four in Orion’s 10-8 win over Dragon on Saturday, matching the feat of young Ak Bars defenseman Lev Starikov who scored four for Eridan in a shoot-out win over Pegasus. On Sunday, Vitaly Pinchuk (Dinamo Minsk) became the latest player to score four in a game, helping Perseus edge Dragon 8-7.

The KHL has confirmed its key dates for the coming season. The action starts on Sep. 1 with the traditional Opening Cup pitting defending champion CSKA against beaten finalist Metallurg. The regular season, which will see each of the league’s 22 teams play 68 games, runs Sep. 1 to Feb. 26, with the playoffs from March 1 to April 29, 2023. With Russia no longer involved in the Euro Hockey Tour, there will be just one pause for international games, scheduled for Dec. 12-18. Immediately prior to that, Chelyabinsk will host the 2022 Fonbet All-Star Weekend on Dec. 10 and 11. Following the departure of Jokerit and Dinamo Riga from the Western Conference, Kunlun Red Star will move from East to West. The Chinese franchise will continue to play in Mytishchi, Moscow Region, due to China’s on-going Covid restrictions. 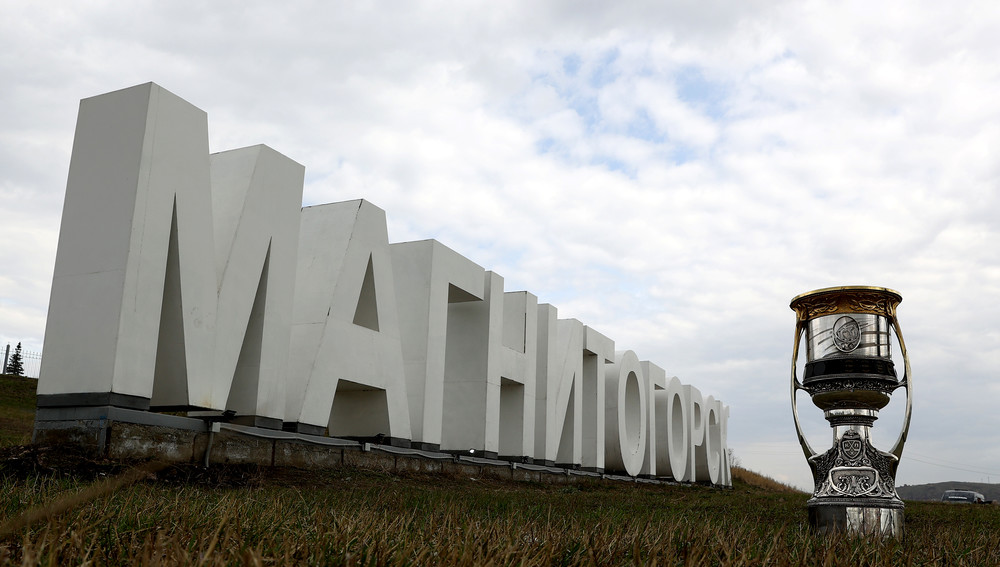 Forward Vladimir Tkachyov is heading back to Omsk, while American center Alex Broadhurst is joining Avangard this season. Both signed one-year deals last week. Tkachyov began his career with his hometown club but made just two KHL appearances for Avangard before taking his chance in the QMJHL. After spells with Moncton Wildcats and Quebec Remparts he returned to Russia and joined SKA. His breakout season came in 2016-2017, when he won the Rookie of the Year award after his 39 points powered Admiral into a rare playoff spot. Later, he went to Ufa then back to SKA before getting a look at the NHL last season as part of the Kings organization.

Broadhurst, 29, played much of his career in the AHL, winning the Calder Cup in 2016 with the Lake Erie Monsters. More recently, he moved to Europe and had two seasons in Finland with HIFK. In the Liiga, he had 69 points from 86 regular season outings.

Olympic bronze medallist Patrik Rybar is moving from Dinamo Minsk to Spartak. The 28-year-old goalie made his KHL debut after two seasons in Finland with Karpat and helped Dinamo make the playoffs. In Belarus, his save ratio was 90.4% in regular season, with a GAA of 2.78, but he saved his best form for his country. In Beijing he played six games for Slovakia, stopping 96.6% of shots for a GAA of 0.86 to help the Slovaks win their first ever Olympic hockey medal. He goes to Spartak on a one-year deal.

Two-time Gagarin Cup winner Rafael Batyshin has been playing for Orion in the KHL’s on-going 3x3 tournament. And the veteran defenseman seems to have been inspired to return to the senior game. Last season, the 35-year-old played just six games for Ryazan in the VHL. Now, though, he’s back in the game and has signed a one-year deal with Amur Khabarovsk.

Avtomobilist has cancelled contracts with three Finnish imports. Goalie Juha Metsola, defenseman Jyrki Jokipakka and forward Miro Aaltonen all agreed moves to the Ural club during the summer. However, last week the club announced that it had ended those arrangements. Metsola and Aaltonen have since joined Kloten in Switzerland, with the netminder ending seven years in the KHL; Jokipakka is heading home to play for Ilves Tampere in Finland.