The Conference finals began at the weekend, with CSKA and Metallurg claiming victory in the opening games in West and East respectively. Those two series continue throughout this week, but there’s plenty more going on around the KHL.

Goal record in second round

Metallurg defeated Avangard 4-0 in game seven of their Eastern Conference semi-final and, in the process, set a new playoff scoring record. Between them, the two teams traded 51 goals, making it the most productive playoff series in KHL history. Andrei Chibisov got the goal that put this pairing out in front, overtaking the 47 goals scored by Traktor and Barys in 2013. Josh Currie potted the 50th goal of the match-up, and in-form Grigory Dronov set the final tally with a late empty-netter.

Andrei Kuzmenko’s goal in SKA’s 1-3 loss at home to CSKA moves him to the top of the playoff scoring charts. The 26-year-old is currently on 12 (7+5) points from 10 post-season games in a career best run of form. Avangard’s Peter Cehlarik is also on 12 (0+12) points, but the Slovak international will be unable to add to his tally after Metallurg deposed the defending champion. Four players still active in the playoffs are on 11 points: SKA’s Nikita Gusev (5+6), Traktor Tomas Hyka (4+7) and Metallurg duo Nikolai Goldobin and Grigory Dronov (also both 4+7). Dronov is the leading defenseman and has a three-point lead over Traktor’s Nick Bailen, the next best player still in the race.

After four seasons in a temporary home on the outskirts of Moscow, Avangard is saying goodbye. The Hawks are due to return to Omsk next season to play in a brand new, 12,000-seater arena costing 12 billion rubles. During its sojourn in Balashikha, Avangard has built a whole new fanbase and, in his end-of-season press conference, GM Alexander Krylov hinted that the team might be back. “We spent four happy years here, we found a huge group of supporters. If we have a chance [to play here again], we’ll make it happen.” 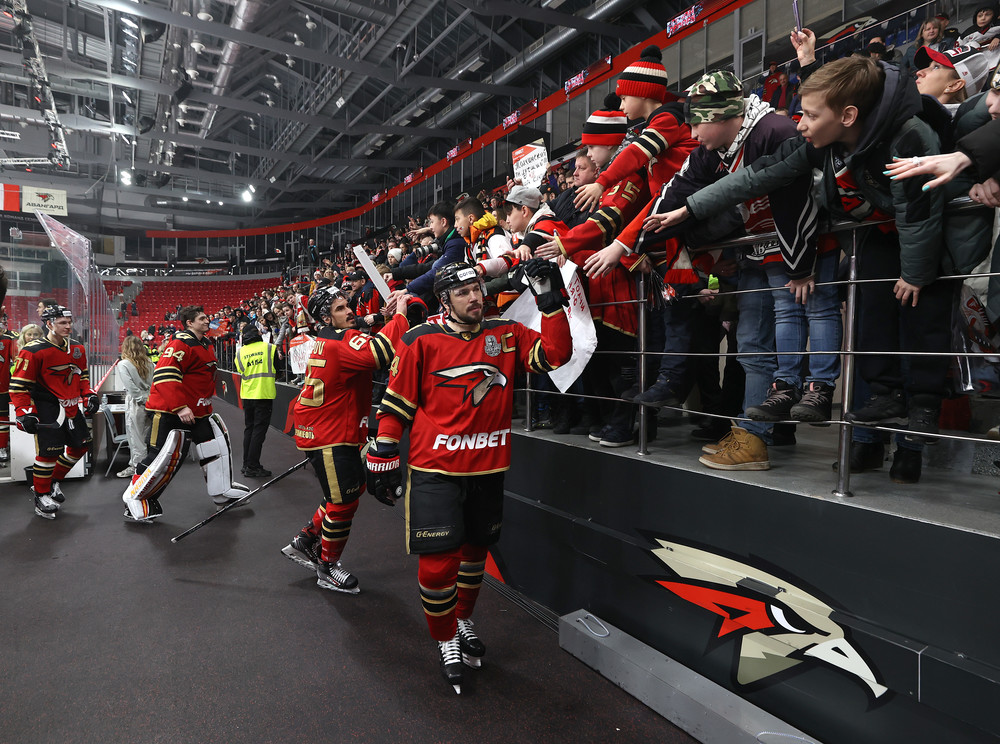 Krylov was also asked about Avangard’s plans to bring in foreign players – a hot topic in the current global situation. He is hoping that it will be possible to sign imports, but accepts that the whole issue might be out of the hands of the club or the KHL. “We are all dependent on the geopolitical situation,” he said. “There is already a list of ‘unfriendly’ nations, citizens of which will find it difficult to obtain visas [to enter Russia]. I’ve spoken with managers and representatives of the league. The KHL is not closing the door to foreigners, they can sign contracts and come as long as this is possible.” In particular, Krylov admitted that Avangard wishes to continue working with Canadian head coach Bob Hartley, who led the club to its first Gagarin Cup last season. 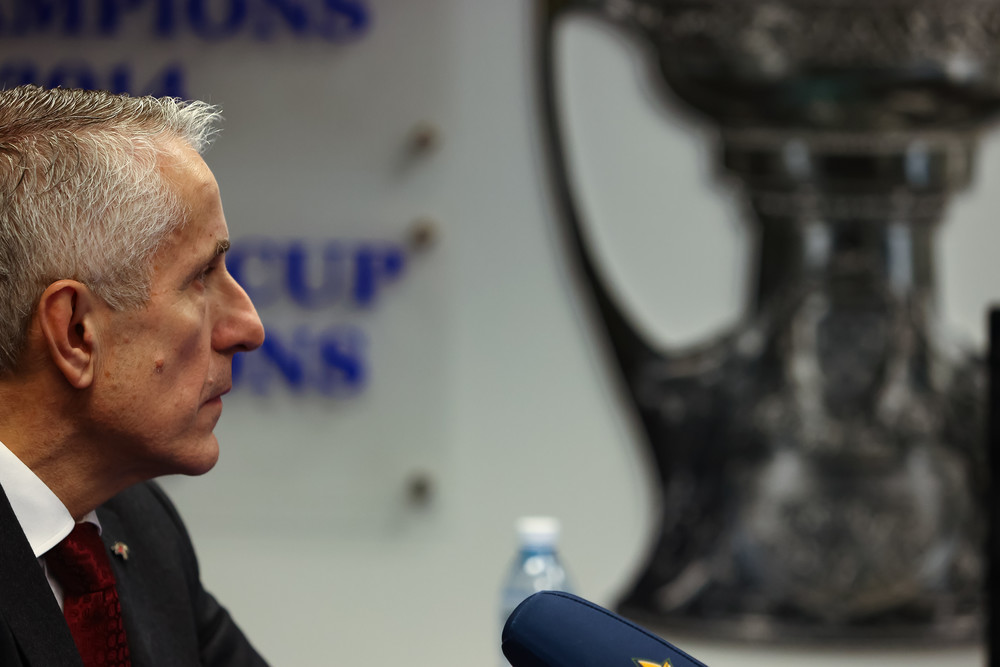 For the first time, Russia’s Women’s Hockey League has an eight-team playoff. Thanks to the expansion of the competition this term, the post-season is doubling in size. That’s great news for the enigmatically-named 7.62, where a youthful roster has qualified for the first time. Chelyabinsk-based newcomer Beliye Medveditsy also extended its rookie campaign. The two new faces have a tough task ahead, though. Regular season champion SKIF Nizhny Novgorod is heading to Chelyabinsk, while the international stars of KRS Vanke Rays are up against 7.62. Defending champion Agidel is paired with Dynamo Neva, while the top scorer in regular season, Anna Shokhina, faces Biryusa Krasnoyarsk with her Tornado Dmitrov team-mates. The first round starts on Wednesday with the teams playing best-of-three series. 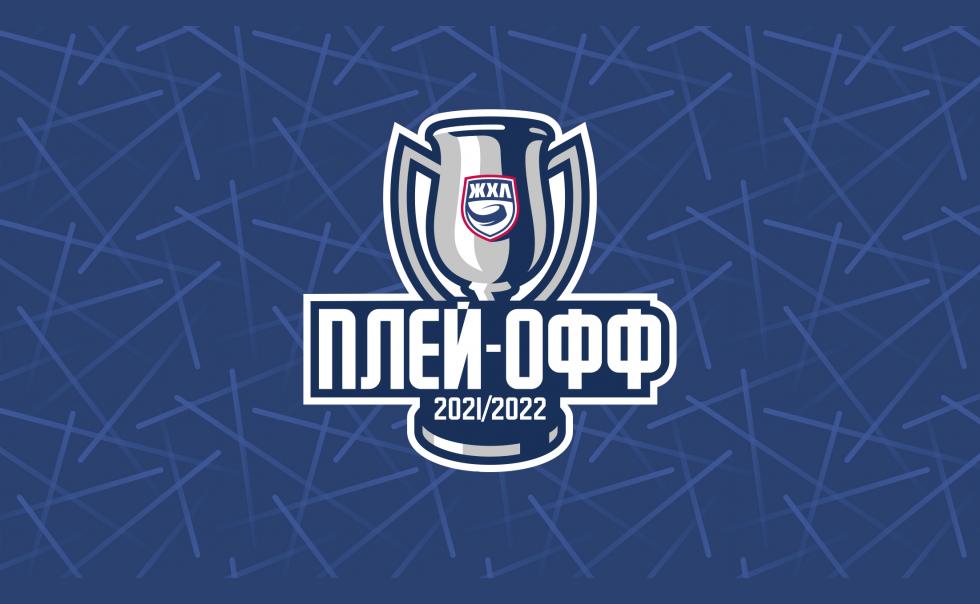 In the Junior Hockey League, three of the four quarter-final ties went to a decisive fifth game. Two of those went to overtime, although the outcome contrasted sharply after the 60-minute mark. When Irbis Kazan went to Chayka Nizhny Novgorod, the extras were done in record time – it took just 15 seconds for Vsevolod Almetkin to give the visitor the win. It was very different in Magnitogorsk, where the Steel Foxes faced Omskiye Yastreby. The youngsters tied 4-4 in regulation but the goals dried up until the 82nd minute, when Yegor Serlyuk’s first of the playoffs gave Omsk the verdict. Irbis was deep into overtime at the start of its semi-final series against SKA-1946, eventually snapping a 4-4 tie in a shoot-out. Yastreby went down 2-4 at Krasnaya Armiya in the other pairing.