The Conference semi-finals are underway, and Avangard went goal crazy in Magnitogorsk, scoring 15 in two games on Metallurg. Spartak’s long wait for competitive action ended in explosive style at SKA, with the Red-and-Whites winning the opening game 6-1.

Two games, two wins for Avangard – and three records in those games. The opening Eastern semi-final clash between Metallurg and the defending champion ended in an 8-1 road win. That’s Avangard’s biggest ever playoff win, and Metallurg’s worst ever loss in post season. Then, in game two, the teams traded 12 goals as Avangard won 7-5. That’s not quite an all-time record, but the 11 goals shared in the first two periods makes it the highest scoring KHL game after 40 minutes play. Ironically, perhaps, the 10-goal record was set back in 2009 with Avangard on the receiving end: Igor Nikitin’s Hawks trailed 1-9 at home to Ak Bars and eventually lost 1-11, the club’s worst ever defeat.

Hawks hold on in 12-goal thriller

Spartak back with a bang

After more than two months without competitive hockey, nobody quite knew what to expect when Spartak Moscow returned to action at SKA in its first playoff game of the year. The Petersburg team, apparently, was as uncertain as everyone else and fell to a shock 1-6 loss – its first defeat in the playoffs this term. The Red-and-Whites were lifted by three players getting their first playoff goals. Alexander Nikishin, Ivan Drozdov and Yegor Savikov opened their post-season accounts with Savikov’s tally, an impressive coast-to-coast effort, also grabbing his first goal in adult hockey.

That series opener in Petersburg was also the first time this season that SKA could open up its full arena for spectators. A crowd of 12,381 packed the barn, the biggest in Russia this season. Did that contribute to the unexpectedly lop-sided scoreline? Perhaps. After all, the home team’s determination to put on a show for a full house might have influenced the decision to pull goalie Samonov at 1-4, allowing Spartak to grab two empty net goals and put some gloss on the final result. Game two of the series, with another 12,000-strong crowd, saw SKA level the contest with a 2-1 victory featuring a first playoff goal from Alexander Volkov.

SKA strikes back to tie series

The other Western semi-final is a strictly local affair as CSKA takes on Dynamo Moscow. So far, it’s gone with the seeding: CSKA won the first two games. Along the way, two opposing forwards achieved individual milestones – and there was barely 30 seconds between them. Stanislav Galiyev went first, the Dynamo forward scoring his 100th KHL goal to tie game two late in the first period. But Anton Slepyshev was not going to be overshadowed and the CSKA man immediately set up Mikhail Grigorenko to restore his team’s lead and record his 100th assist in the league. Later, Vladislav Kamenev scored the third, decisive goal in CSKA’s 4-2 win to maintain his record of a point in each playoff game so far. Konstantin Okulov’s assist means his current productive streak also encompasses the entire post-season, with CSKA yet to taste defeat as head coach Sergei Fedorov tackles his first playoff campaign behind the bench.

All square in the East

The fourth series in the Conference semi-finals is finely poised with Traktor and Salavat Yulaev tied at one win apiece. Ufa struck first, edging a 1-0 verdict on Thursday in Chelyabinsk with goalie Alexander Sharychenkov getting his first ever playoff shut-out. Traktor responded two days later, winning 4-1 as Tomas Hyka had a hat-trick of assists.

Juniors prepare for second round

The second round of the Junior Hockey League playoffs starts Monday. The opening stages offered contrasting results in West and East. The Western playoffs went entirely by the formbook, with the lower ranked team in each series winning just one game of 13 played. In the East, things were very different, with Irbis (ranked 5) and Omskiye Yastreby (6) upsetting higher-ranked opposition to progress, while seventh seed Sputnik went down in overtime in a game five decider. Even the top seed, Magnitogorsk’s Steel Foxes, dropped a game against Loko-76 before going through in four games. The Foxes also have the leading scorers after the first round: Nikita Grebyonkin has 10 (1+9) points, while Maxim Kuznetsov’s five goals make him the top goal-getter thus far. 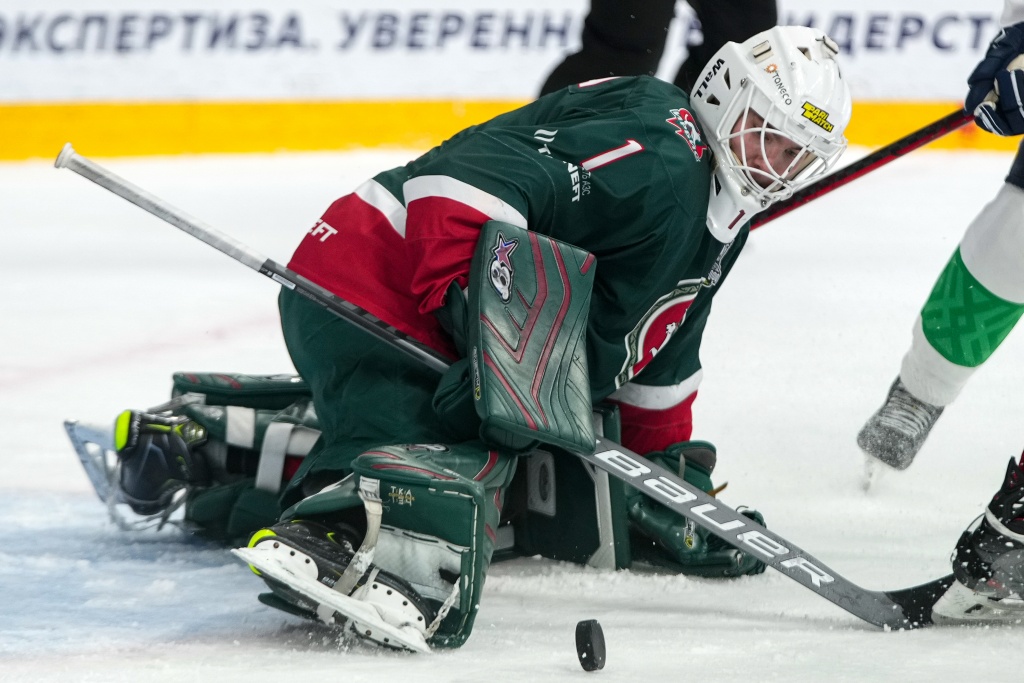