Traktor returned to the top of the KHL standings with a comfortable victory over basement team Kunlun.

Traktor had the better of the first period but could not find a way past home goalie Jeremy Smith. He stopped 19 shots, while the Dragons’ best chance came when Alex Riche forced a turnover in the Traktor zone but was unable to get a shot away. Not for the first time, Smith’s hard work stood out for his struggling team; he finished the game with 44 saves, adding to a long list of 40+ games for him this season. 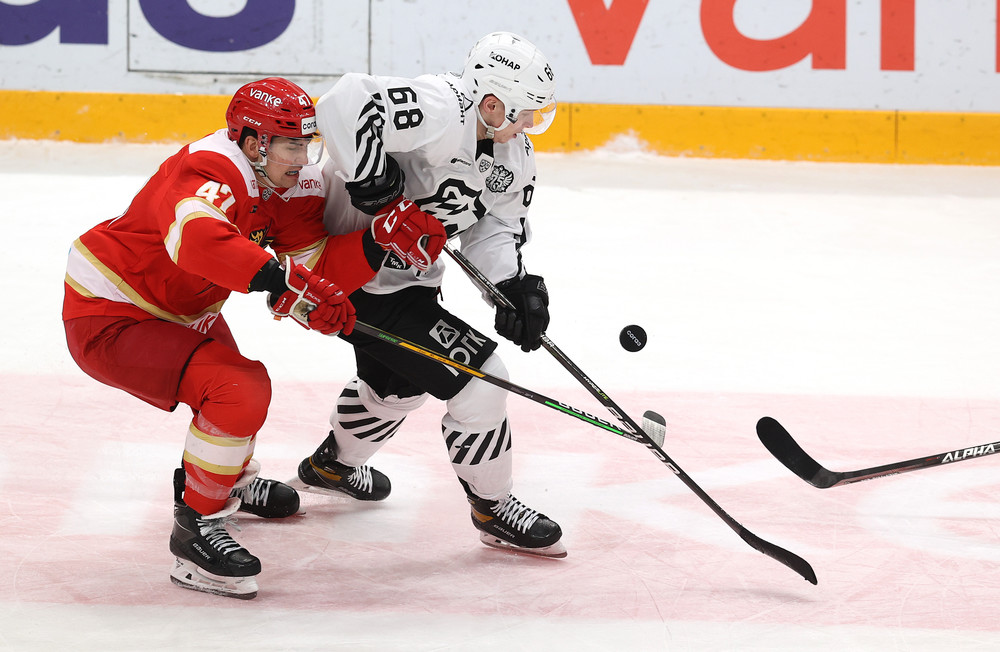 In the second period, Red Star came close to grabbing the lead when Brandon Yip emerged from the penalty box, grabbed the puck and went straight through on Roman Will’s net before firing wide of the target. A couple of minutes later, Traktor went to the other end and broke the deadlock. Nikita Tertyshny converted a two-on-one break to give Anvar Gatiyatullin’s men the lead. Two goals in the 33rd minute saw Vyacheslav Osnovin and Albert Yarullin take the game away from KRS before Vladimir Tkachyov added a fourth on the power play.

That ensured there would be no way back for Red Star. The home team did not fold, however, and showed spirit to keep the scoresheet blank in the third period, successfully killing a 3-on-5 penalty along the way. But this was always Traktor’s day, and the visitor dug in to withstand a couple of late penalties and secure Will’s second shut-out of the season. The Czech made 18 saves to backstop his team’s return to the KHL summit. The teams meet again on Monday.