The 25-year-old scored twice in the first period and has now found the net in four successive games. Team-mate Nikita Guslistov also scored twice in a three-point performance. Their efforts sent Red Star spinning to a 12th consecutive defeat and the Dragons are now the first team mathematically eliminated from the playoff race.

The home team had Ivano Zanatta back behind the bench after he missed the previous game due to illness and there was an early chance to open the scoring when Yegor Morozov fouled in the first minute. However, Severstal killed that penalty and Kirill Pilipenko opened the scoring shortly after that when he potted the rebound after Jeremy Smith beat away a Nikolai Timashov effort. Timashov then added a goal of his own, enjoying ample space on the left to lift a wrister over Smith’s glove, and Pilipenko converted his team’s first power play of the evening with a fearsome one-timer off Daniil Vovchenko’s feed. 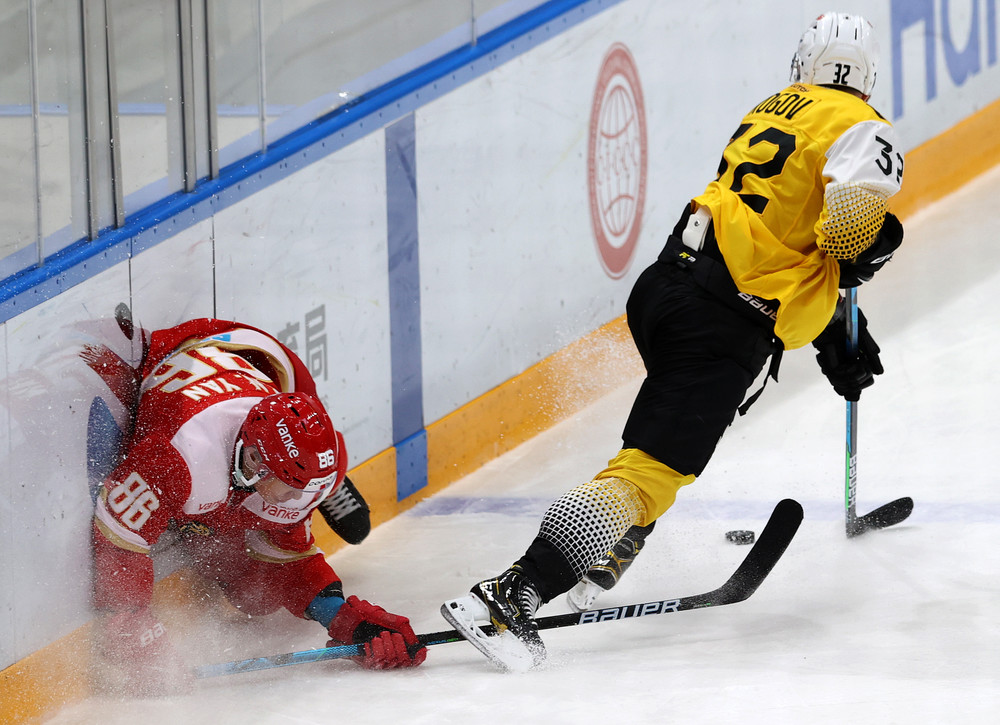 The second period began much like the first, with Severstal killing a penalty then scoring. Nikita Guslistov produced the stick handling and gave David Dumbadze a routine finish. Guslistov then made it 5-0 on the power play before Joonas Nattinen steered home a Vovchenko pass. Ryan Sproul got the home team on the scoreboard two seconds before the intermission, but it was clear that Severstal was on the way to a much-needed win as Andrei Razin’s team looks to bounce back from a run of just two wins in nine games.

Guslistov got his second of the night to complete the scoring as the third period proved to be little more than a formality. The Steelmen celebrated not only their biggest victory of this season, but their biggest since winning 7-0 at Spartak in Jan. 2014.