The final game day of 2021 saw Traktor Chelyabinsk overtake Metallurg at the top of the KHL standings. A 3-1 win at Avangard was enough to lead the league into the new year. Dynamo missed the chance to go top of the Western Conference when it fell 2-4 at Severstal. In Sochi, Stepan Starkov’s hat-trick led Vityaz to a tight verdict.

Traktor moved to the top of the KHL standings thanks to victory in its final game of 2021. Success on the road at Avangard moves Anvar Gatiyatullin’s team to 67 points, one better than Metallurg. However, the Steelmen have two games in hand on their near neighbor.

Thursday’s game saw an evenly contested first period in almost all aspects — except for putting the puck in the net. Amid a tight battle, Traktor succeeded in scoring on Simon Hrubec twice to earn a solid advantage. The first goal went to defenseman Artyom Blazhiyevsky, celebrating his debut following his move from CSKA. It wasn’t long before the free-scoring Nikita Tertyshny doubled that lead when he converted a defense-splitting feed from Igor Isayev. 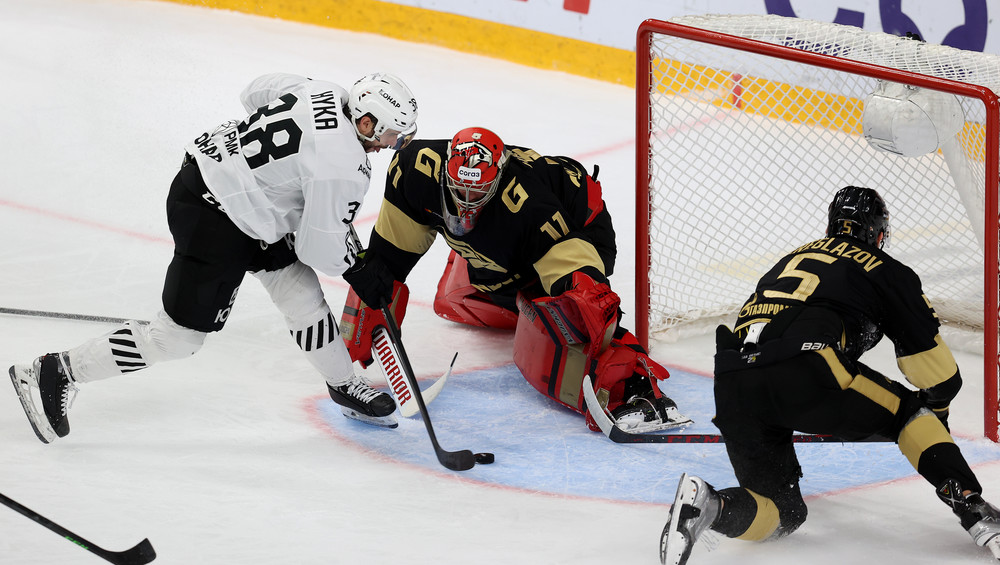 Avangard tried to raise its game in the second period and dominated the action for long periods. However, the home team could not find a way past Roman Will. At the other end, Traktor relied on counter attacks and managed to turn one of them into a third goal thanks to Tomas Hyka. Like Isayev and Lukas Sedlak, the Czech forward stretched his productive streak to four games.

By contrast, Avangard was struggling to defend its four-game winning streak. In the third period the home team again took the initiative but again struggled to generate good chances. As the session wore on, the Hawks enjoyed a double power play and withdrew the goalie to play 6-on-3 but could not find a goal. It wasn’t until the final seconds that Pavel Dedunov beat Will at last, denying the visiting goalie a shut-out but having little impact on the final outcome.

Severstal withstood a fightback from Dynamo and denied the Muscovites the chance to finish the year on top of the Western Conference. Andrei Razin’s team also breathed new life into its push for a top four finish after its recent stutter: after five straight losses, the Steelmen finished the 2021 program with two wins in three games.

Things could hardly have started better for the home team. Clinical finishing in the first period saw Severstal grab three unanswered goals and take control of the game. Dmitry Moiseyev, Ruslan Abrosimov and Kirill Pilipenko found the net, chasing starting goalie Alexander Yeryomenko to the bench in the 14th minute. The in-form Pilipenko currently has points in eight of his last nine games after scoring on his former club while 20-year-old Abrosimov got his first ever KHL goal in his 17th appearance. 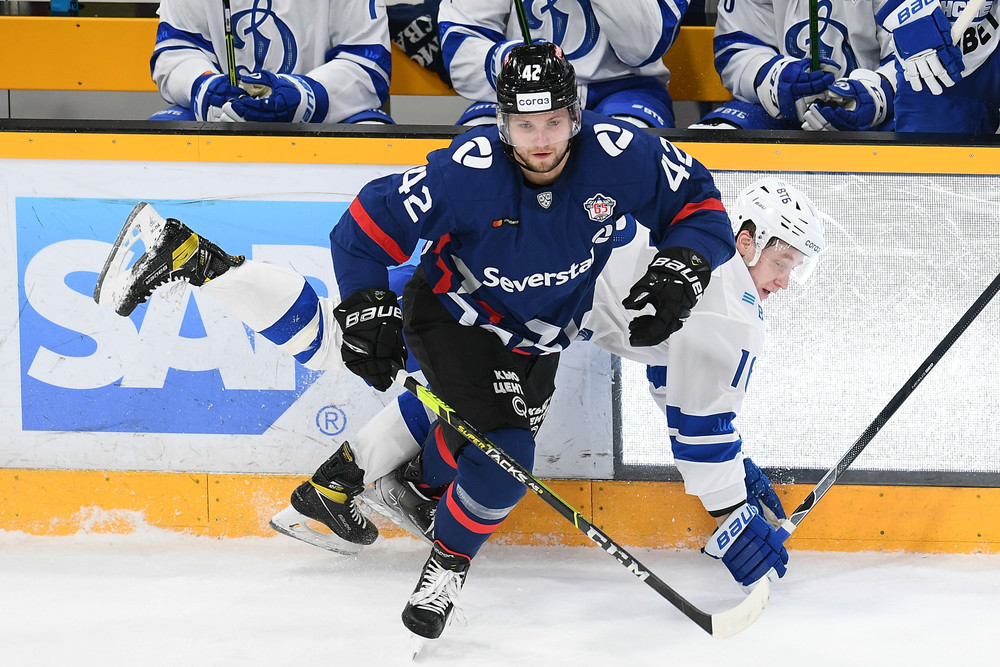 Dynamo hit back in the second period. Oscar Lindberg has also been in impressive form of late and he got two in the middle frame. The Swede has had injury problems this season, but six of his eight goals to date have come in the last four games. His second marker here came during a 5-on-3 power play and set up an intriguing third period.

The visitor spent much of the final frame on the offensive, outshooting Severstal 10-4 and applying far more of the pressure. However, the only goal of the session came at the other end when Daniil Vovchenko made it 4-2 in the 48th minute and gave his team an unassailable advantage.

Stepan Starkov scored a hat-trick on his former club to give Vityaz back-to-back wins. The 22-year-old claimed his first treble in the KHL with two early goals and a third-period game-winner.

Starkov, 22, arguably owed his team-mates a big performance when he took a penalty after just nine seconds. Sochi’s Nikita Tochitsky scored on that early power play, taking his recent run to five goals in five games and giving his team a first-minute lead. However, Sochi was unable to build on that early advantage. Instead, Starkov responded with two goals in four minutes against his former club and the visitor had the lead by the ninth minute. Daniel Audette took it to 3-1 midway through the opening frame and Vityaz seemed well on the way to a second straight victory.

Sochi, meanwhile, was trying to halt a three-game skid. In the second period, Vasily Glotov — like Tochitsky, a scorer in the previous game against Traktor — reduced the deficit. Then, in the third, Amir Garayev tied the scores in the 48th minute.

But this was destined to be Starkov’s day. With five minutes left, he restored his team’s advantage and that goal proved to be decisive despite a last-minute penalty on Damir Musin.