‘Twas the Night before Christmas in Mytishchi Arena... December 24 round-up

Friday’s only KHL game served up a Christmas cracker in Mytishchi as Kunlun Red Star took on Dinamo Minsk.

There’s been little festive cheer for the Dragons recently, with the team on a seven-game skid, but the home team added red robes to Red Star with Santa appearing behind the bench before the start.

Watching the leakiest defense in the KHL might make the bearded man feel at home, and if Kunlun was hoping for a change of luck thanks to its famous fan it was disappointed by the opening goal as the first power play of the game saw Tyler Graovac give Dinamo the lead midway through the opening frame. Malte Stromwall then had a couple of great chances to increase the visitor’s lead, but he failed on a penalty shot then was forced wide of the target when a one-on-one break occurred in open play. 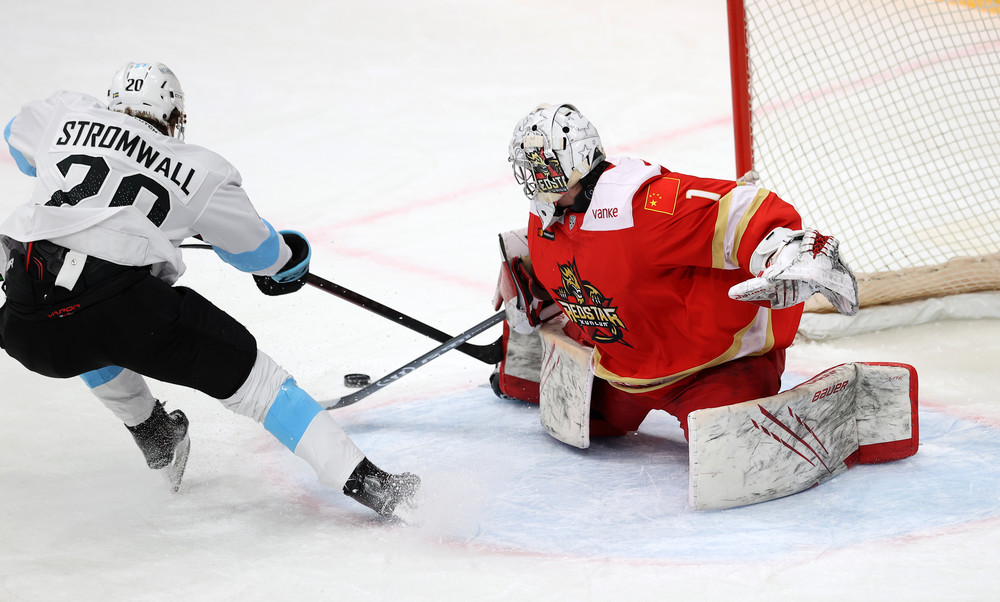 Red Star made the most of that reprieve: Tyler Wong tied the scores on his team’s first PP of the evening and Ryan Sproul made it 2-1 late in the opening frame.

In the second period, Dinamo twice tied the game only for Kunlun to respond quickly to restore its advantage. Early in the frame, Igor Martynov’s effort was cancelled out by Spencer Foo; late in the stanza Mario Kempe scored a short-handed goal but Red Star replied almost immediately when Brandon Yip converted a 5-on-3 situation.

However, the home defense is the most generous in this season’s KHL and Paris O’Brien was beaten for a fourth time at the start of the third period. Graovac grabbed his second of the game to tie the scores. That lifted Minsk on the way to a much-needed victory: a power play goal from Taylor Beck gave the visitor the lead, then Roman Gorbunov’s empty net effort finished the job.