KHLers set to star in Moscow — the KHL week in review

The coming week is all about international action, with the Channel 1 Cup in Moscow giving countries a last chance to look at players before the Olympics. And there’s an international feel to much of the rest of the news, with a veteran Canadian coach returning to the KHL, a Belarusian dual national eying glory and a stunning save from a Chinese heritage goalie.

Next week brings the Channel 1 Cup, the last international tournament before February’s Winter Olympics. And the KHL will be well represented in Moscow, with at least 37 players named by Russia’s opponents for the competition. Finland has 15 KHLers on its team, with SKA’s recent signing Leo Komarov back on the team alongside clubmate Joonas Kemppainen. Salavat Yulaev’s goal-hungry trio of Teemu Hartikainen, Sakari Manninen and Markus Granlund will also play, while in-form Sibir goalie Harri Sateri gets a call.

Sweden has 13 KHL players, while the Czechs have nine, including Traktor strike duo Tomas Hyka and Lukas Sedlak, plus Avangard goalie Simon Hrubec. This season, as in 2017, Canada is sending a team to the tournament as part of its Olympic preparation. The full roster has yet to be confirmed, but Ryan Spooner (Avtomobilist) and Jordan Weal (Ak Bars) are among those expected to feature.

Russia, meanwhile, will be led by head coach Alexei Zhamnov for the first time. Earlier this season, Zhamnov was chosen to lead the Red Machine in Beijing and next week’s action is an ideal opportunity to run the rule over the home-based prospects for that team. However, his initial selection has been hit by withdrawals as Dmitry Voronkov, Andrei Kuzmenko and Stanislav Galiyev and Anton Slepyshev will all miss out.

Logjam in the West

The battle for top spot in the Western Conference could hardly be closer. As the season pauses for this week’s Channel 1 Cup, three teams — Dynamo Moscow, Jokerit and SKA — are locked on 52 points. CSKA is one behind in fourth, with fifth-placed Severstal right in the mix on 50 points. Dynamo currently holds the lead by virtue of more wins in regulation time, but this race is surely destined to go right down to the wire.

Pelino back in KHL

Mike Pelino, a KHL old-timer, is back in the game. The experienced coach, who has previously worked with Metallurg, Lokomotiv and Avangard, is joining the staff at Ak Bars. It will be the 62-year-old’s ninth season in the KHL since he first followed Mike Keenan to Magnitogorsk in 2013. Since then, he’s won two Gagarin Cups — something that makes him an obvious asset to his new boss Dmitry Kvartalnov in his quest to finally lift the trophy himself. 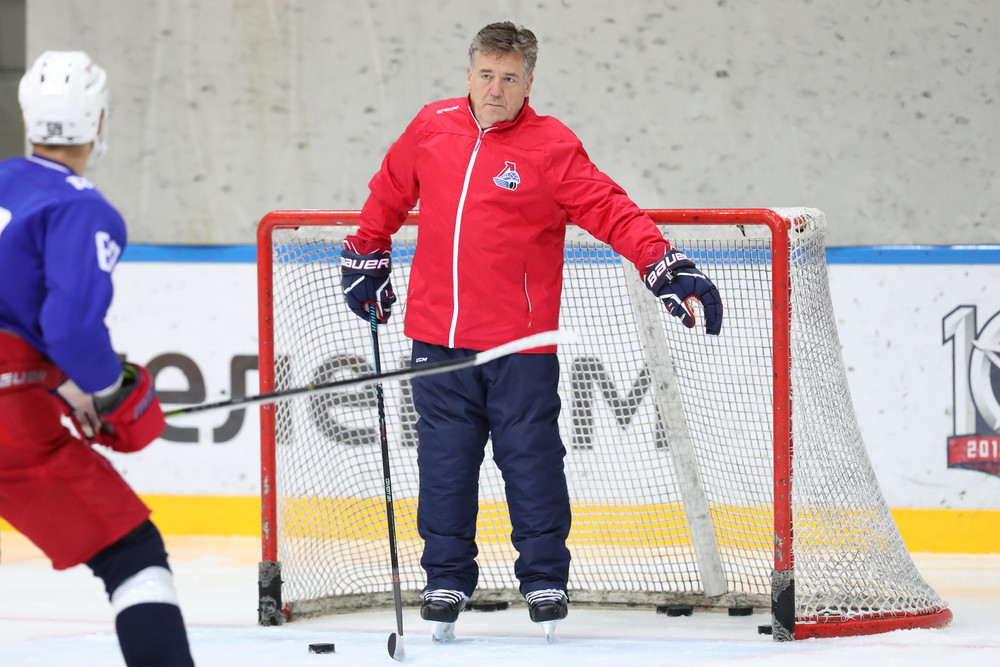 Traktor has been one of the leading teams this season, running Metallurg close at the top of the Eastern Conference since day one. And for long-serving defenseman Nick Bailen, it all points to a team capable of lifting a Gagarin Cup for the first time. Despite playing on the blue line, Bailen is his team’s leading scorer and was always a lock for an All-Star appearance on home ice next month. But he has bigger ambitions.

“The Gagarin Cup is exactly what we’re playing for this season,” Bailen told KHL.ru. “This season we have an excellent chance of winning it. Right now we have what you might call a window of opportunity and we need to use that. Thanks to the salary cap, we’ve put together a strong team and the club also has strong coaching, management, staff. So everything is in place and all we can do now is battle until the final whistle.”

Ak Bars captain Danis Zaripov reached 1,300 appearances in top-flight Russian hockey when he helped his team beat Neftkehimik 5-2 on Dec. 10. The veteran made his debut in the Russian Superleague back in 1997/98, playing 10 games for Chelyabinsk before heading across the Atlantic for his solitary season in North America with Swift Current Broncos in the WHL. After that, it was back to Chelyabinsk for a titled career that includes five Gagarin Cups, one RSL title and three World Championships. His latest landmark coincided with his 600th victory in Ak Bars’ colors.

Minding the net for Kunlun Red Star brings a heavy workload — but it also produces some spectacular saves. Paris O’Brien, a 21-year-old Chinese heritage player, only recently made his KHL debut but he’s already posted a highlight reel contender with his effort to steal a goal from Nikolai Goldobin during last week’s game against Metallurg. The home forward thought he had the simplest of tap-ins until O’Brien came from nowhere and extended a stick to poke the puck to safety. Also this week, Harbin-born goalie Pengfei Han made his KHL debut at the age of 30. He helped Red Star drag Sibir to overtime, making 37 saves in a 2-3 OT loss.

Jokerit defenseman Philip Holm celebrated his 30th birthday on Dec. 8 — and did it in some style. The Swede scored twice — including an overtime winner — to help his team edge Severstal 4-3 in overtime.