A strong third period saw Traktor get ahead of Sibir to record its third victory of the season over Andrei Martemyanov’s team. Tomas Hyka led the scoring with two points as the visitor got its first win in Novosibirsk since 2019.

The home team looked to take the game to Traktor in the early stages and came close to opening the scoring when Alexander Sharov hit the crossbar. That near-miss was soon forgotten, however, when a Sibir power play enabled Valentin Pyanov to break the deadlock. 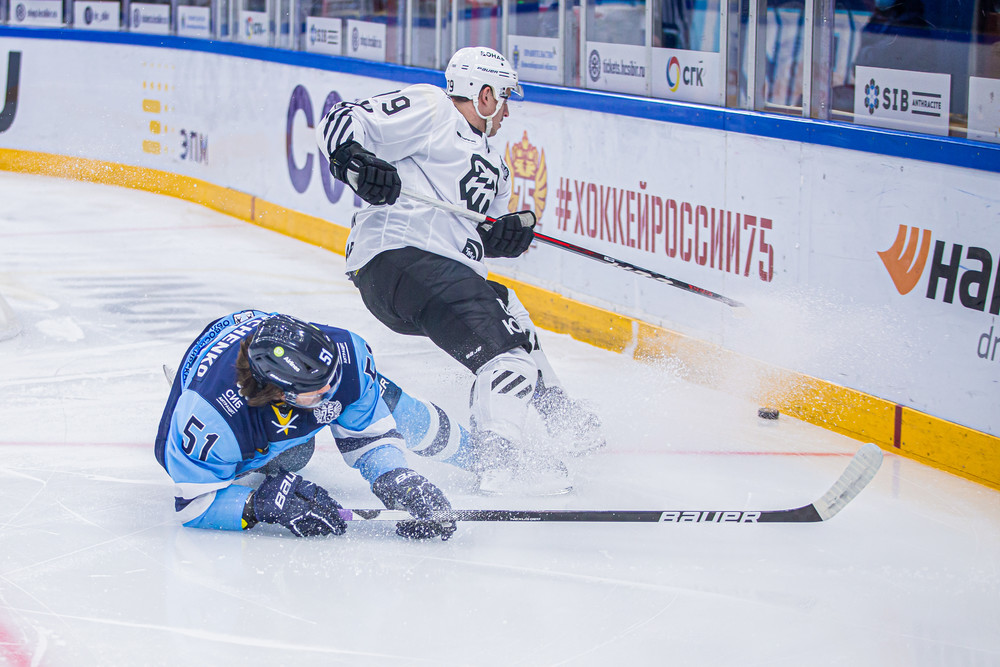 Early in the second period, Nick Bailen hit the piping for the visitor. Next, Traktor had a 5-on-3 power play, but could not find a tying goal until the teams were back at full strength. Then, Vitaly Abramov scored while the Sibir defense was distracted by its efforts to dislodge Kirill Kapustin from the slot. However, the home team restored its lead before the break when Jyrki Jokipakka potted his first of the season with a point shot on the power play.

Traktor turned it around in the third, stepping up the pace. Sibir could not live with this and a series of errors on defense led to Alexei Potapov tying the scores once more. Midway through the frame, Bailen put the visitor in front for the first time with a shot that deflected off a home player. Tomas Hyka had a helper on that one, and the Czech forward wrapped up the points with a power play goal a couple of minutes later.