Barys moves to within a point of a playoff spot in the East after seeing off Sochi in Thursday’s only KHL action.

The Kazakh team has struggled for consistency this season, but today’s result makes it three straight wins, and six victories in the previous eight games. Yury Mikhailis sees his team move to ninth in the table, with three games in hand on eighth-placed Amur.

Sochi, another team in form as it looks to get into the post-season picture, made a good start here and took the lead in the fifth minute. The visitors worked hard to prevent Barys from clearing its lines and Kirill Petkov chased Valery Orekhov into the trapezoid to regain possession. Emerging from behind the net, Petkov fired the puck to the slot and was helped by a deflection of a defenseman’s skate to beat Joni Ortio in the home net. 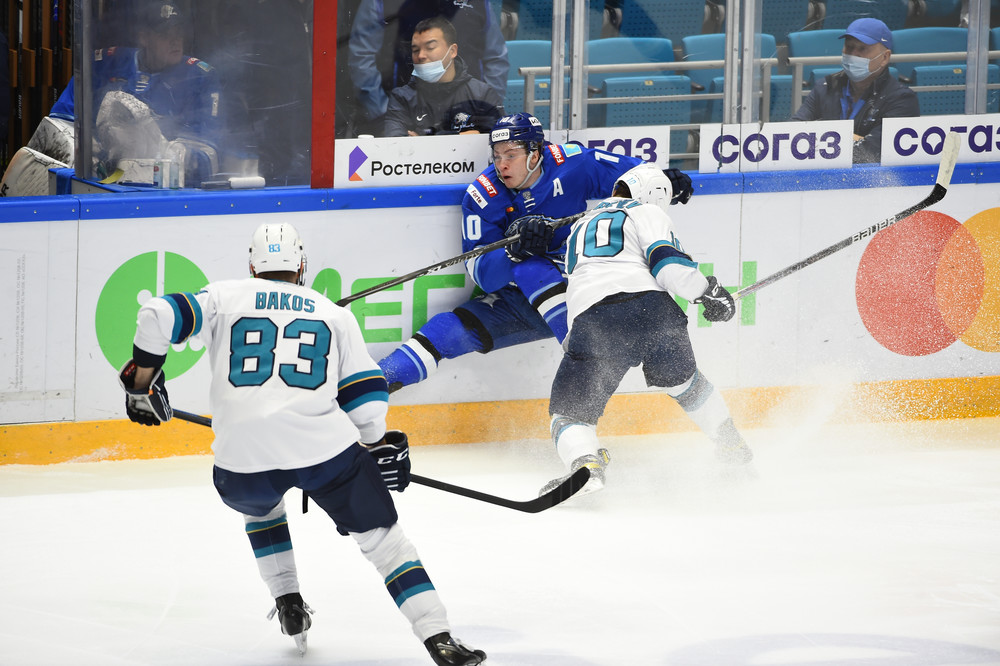 However, Barys looked stronger even in the first period and the home team went into the intermission with a 2-1 lead. Alikhan Asetov tied it up when he redirected a Joe Morrow shot past Magnus Hellberg, then Roman Savchenko smashed in the go-ahead goal in the 15th minute.

The second period belonged to Jakob Lilja. He scored twice, a fine individual effort to make it 3-1 then a close-range finish to wrap up a combination involving Nikita Mikhailis and Olle Alsing. Before those, a video review was required to spare Sochi from another goal.

The teams shared two goals in the third period, with Janis Jaks grabbing a late consolation for Sochi after Kirill Savitsky got a fifth for Barys to wrap up Ortio’s 50th win as a goalie in the KHL.