A convincing win at home to in-form Sochi saw Salavat Yulaev improve to three wins from its last four games.

Tomi Lamsa’s team has struggled a bit in recent weeks, but Tuesday’s game showed signs that his players are getting back into form after that lean spell.

The home team took the lead in the fourth minute, immediately after killing a penalty. Nikolai Kulemin jumped out of the box and took Stepan Sannikov’s pass all the way to Magnus Hellberg’s net before beating the visiting goalie. Salavat Yulaev continued to press and Alexei Pustozyorov had a good chance to double the lead when he, too, went one-on-one with Hellberg. A second goal arrived in the 14th minute when Viktor Tikhonov collected the rebound from his first attempt and fired the puck past Hellberg. 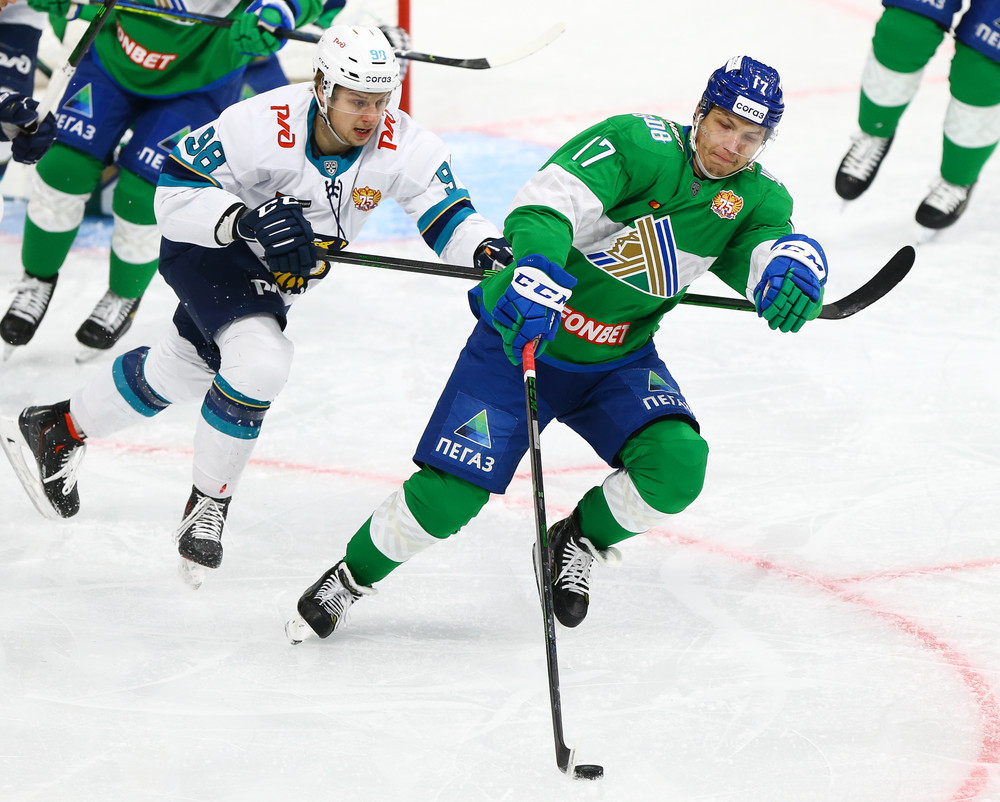 In the 28th minute, Salavat Yulaev extended its lead through Artyom Pimenov. Tikhonov was involved again at the heart of a quick counter attack and he burst into the Sochi zone and set up Pimenov for a close-range finish. As Andrei Nazarov’s team tried to find a way back into the game, the visitor began working hard to get shots away, but was unable to seriously test Juha Metsola in the home net.

At the start of the third period, Sochi fashioned a dangerous opening when David Rundblad got forward and fired a diagonal pass to the back door. However, Amir Garayev miscued his shot from a promising position and the chance went begging. Almost immediately, Salavat Yulaev went to the other end and extended its lead. Markus Granlund went round the back and set up Sakari Manninen on the slot to make it 4-0. The home team then had to kill a penalty but in truth Sochi rarely posed much of a threat and Metsola secured his fifth shut-out of the season with 23 saves. In the final seconds, Grigory Panin’s empty net goal completed a satisfying day for his team.