Lipon strikes to give Sochi the win. December 5 round-up

JC Lipon’s overtime goal gave Sochi a hard-fought victory over Dinamo Minsk in Sunday’s only KHL game. The Canadian forward potted his third of the season to keep the Black Sea team moving towards a playoff place.

The form guide suggested that the home team would come out on top. Prior to Thursday’s 1-2 loss to Sibir, Sochi had won four in a row including a club record victory at Admiral as Andrei Nazarov’s reign as head coach sharpens up performances after a ragged start to the season.

In recent games, though, Dinamo has also been showing signs of returning to form. Victories over Traktor and Vityaz in the last two outings stopped a long losing streak and the renewed confidence in Craig Woodcroft’s players helped them to grab an early lead here. Tyler Graovac opened the scoring after 66 seconds. 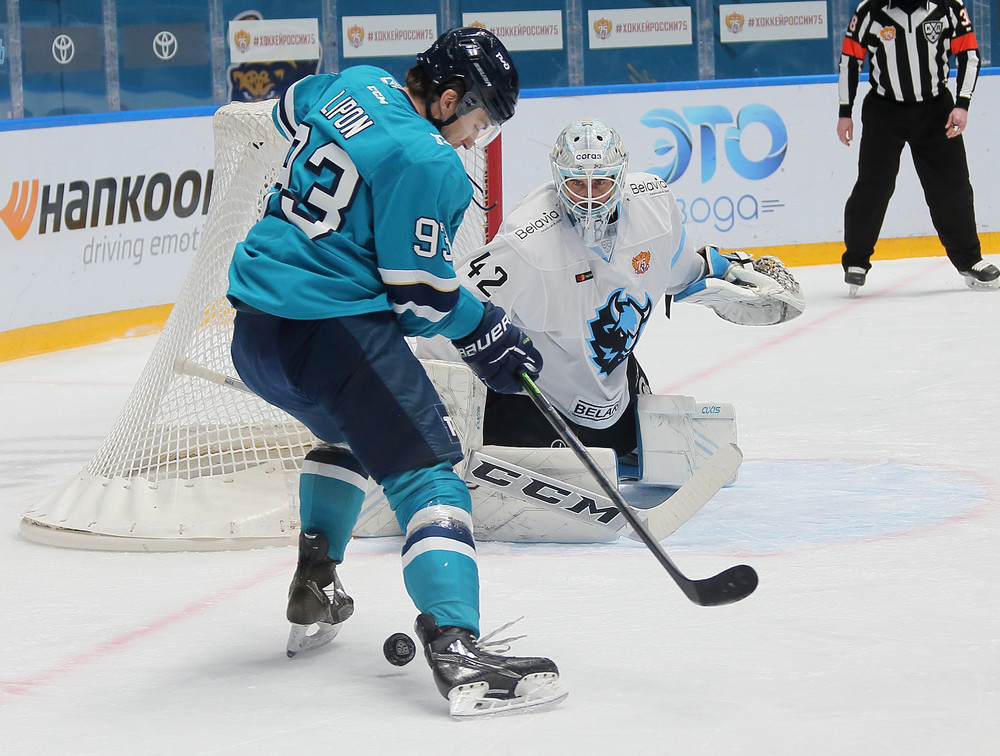 However, Sochi is also in resurgent form under Andrei Nazarov and the home team hit back to take the lead. Vasily Glotov tied it up on the power play, then Dmitry Kolgotin poached a shorthanded goal to make it 2-1 inside 10 minutes. That lead proved short-lived, with Lukas Bengtsson tying the scores on the same Dinamo power play.

Midway through the second period, Mattias Tedenby restored Dinamo’s lead, adding to his assist on Bengtsson’s effort. Tedenby’s goal extends his scoring streak to three games, and made it back-to-back two-point performances from the Swede.

However, it did not build a lasting lead for Dinamo. Instead, Sochi hit back 10 seconds before the intermission when Glotov struck again. Glotov’s second goal takes him to nine points from nine games. Defenseman Ivan Mishchenko assisted on both his tallies today and has five helpers in his last three appearances.