SKA returned to the top four in the West after a hard-fought victory against Dinamo Minsk.

The Belarusians came into the game on a run of just one win in six but put up a real battle to the very last seconds of an absorbing clash in Petersburg. Valery Bragin’s team was particularly relieved to get the points after losing its previous five home games.

SKA grabbed an early lead in this game, taking advantage of its first power play of the evening. Adam Almquist sat for interference and Nikita Gusev masterminded a slick interchange that finished with Emil Galimov shooting home from close range. For much of the opening frame, the home team was well on top with Dinamo restricted to just two shots on goal. However, one of those was a genuine chance to tie the scores when Pavel Varfolomeyev found himself unattended in front of the net. It took a big save from Dmitry Nikolayev to preserve SKA’s slender advantage. 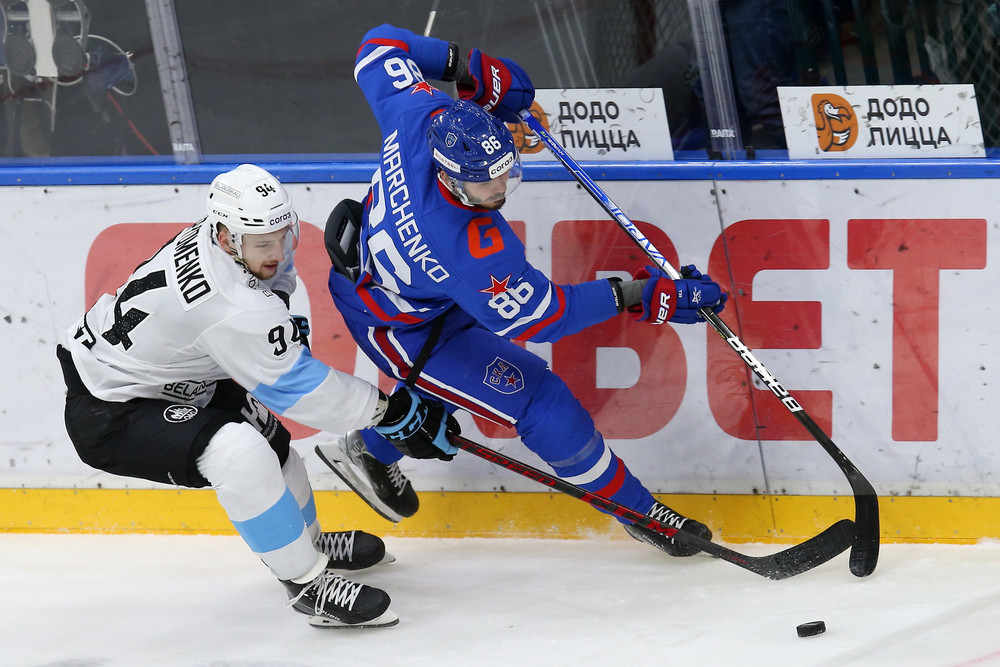 After the break, though, it was a different story. The visitor got a power play early in the session and took the initiative from there. It took some time to turn that into a goal, but late in the middle frame Taylor Beck forced a turnover in the Minsk zone and released a two-on-one rush involving Mattias Tedenby and Vladimir Alistrov. The Swede finished the job himself to send the teams into the locker rooms deadlocked.

The game was settled by a fine individual play from Gusev. He started his rush on his own blue line, drove hard through center ice and, with the visiting defense backing off, released an early shot that gave Patrik Rybar no chance in the Minsk net. Dinamo kept battling until the end, even after Tedenby’s late penalty put a hole in Craig Woodcroft’s plans for a final storm. Even then, there were still chances in the dying seconds, with Nikolayev called upon to deny Almquist, Sergei Sapego and finally Malte Stromwall as SKA held on to secure the points.