Severstal’s impressive season continues with a 3-1 win on the road at SKA lifting Andrei Razin’s team to third in the West. Torpedo closed on the playoff places with a comfortable win at home to struggling Vityaz.

Torpedo hit back after losing its last two games, picking up a win that moves it to within two points of the playoff spots. Vityaz, meanwhile, saw an abrupt end to its mini-revival, failing to build on the back-to-back wins that lifted it out of the Western Conference basement last week.

The home team got in front early in the first period thanks to Andy Miele. The American forward’s solo rush was illegally halted by Evgeny Lisovets, and Miele picked himself up to convert the penalty shot and claim back-to-back goals for the first time this season. The visiting defense worked hard to limit Torpedo’s scoring chances in the opening frame, blocking 11 shots as the host looked to press home that early advantage. 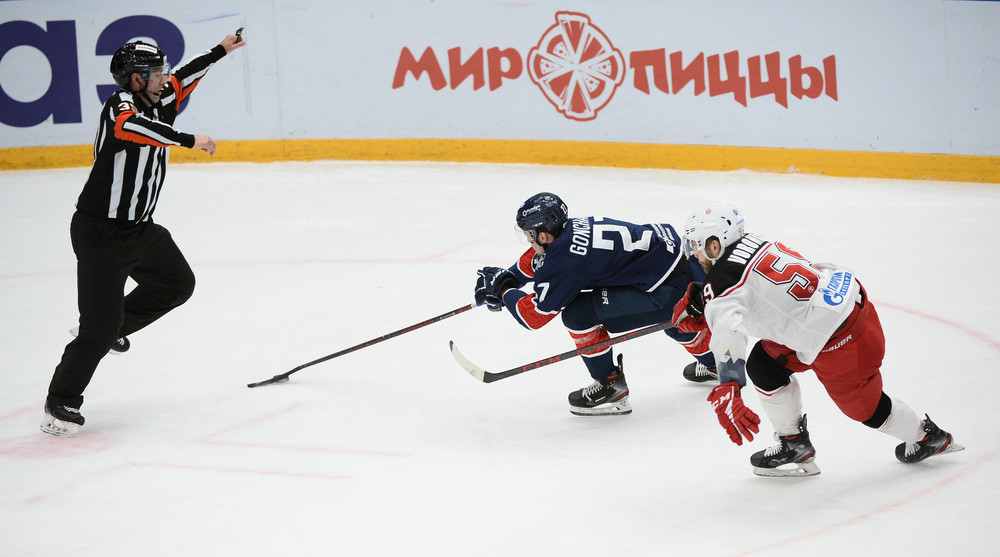 In the middle session, though, Torpedo took the game away from Vityaz. Marek Hrivik doubled the home lead, then Miele turned provider late in the frame, collecting an assist on Ivan Chekhovich’s power play goal. When Artur Tyanulin potted his fifth of the season, finishing off a well-worked goal involving Hrivik and Danil Veryayev, that was the end of the evening for visiting goalie Ilya Ezhov, replaced by Maxim Kloberdanets for the remaining 13 minutes.

Kolberdanets prevented any further damage and Vityaz even managed to get a goal back when Niko Ojamaki set up Stepan Starkov on the power play for his first goal for the club. But the game was already done, and Torpedo skated to a convincing win.

Severstal consolidates among the Western leaders

It’s not often that Severstal comes to St. Petersburg in a better position than SKA in both the tournament standings and the current form guide. This season, though, Andrei Razin’s team is very much the dark horse in the Western Conference. A club record winning streak came to an end, but the Steelmen are still picking up points and had not lost in regulation in 17 games prior to this one.

SKA, meanwhile, suffered the indignity of a six-game losing streak, the club’s worst in the KHL, but showed signs of recovery on its recent tour to Tatarstan where an 8-2 thrashing of Neftekhimik was followed by a shoot-out verdict against Ak Bars.

The first period highlighted SKA’s current problems and Severstal’s strengths in equal measure. The home team found it difficult to get out of its own zone at times, while the visitor’s hard-working forecheck did a good job of neutralizing the Army Men’s stellar offense. And that all added up to Severstal taking the lead late in the session. Robin Press led a 3-on-2 break, slipped a pass out left to Adam Liska and the young Slovak forward fired the opening goal past Lars Johansson. 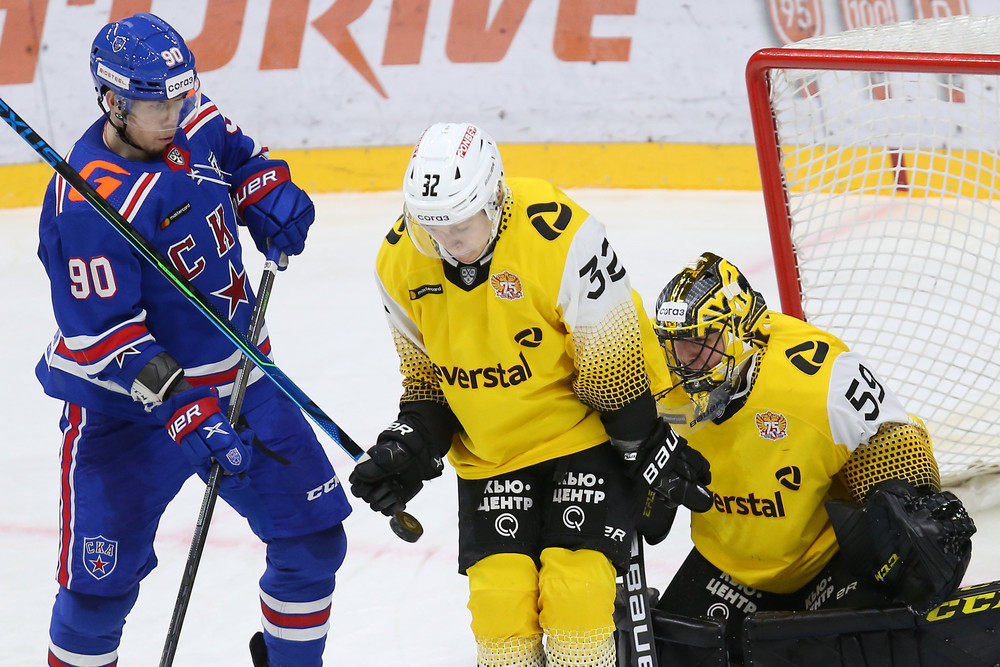 The second period saw an improvement from the home team, with more work for visiting goalie Vladislav Podyapolsky. But he did his job, and at the other end Severstal extended its lead on the power play in the 35th minute. Press was involved again, feeding the puck back to the blue line for Ilya Khokhlov to fire in a wrister that went through traffic to beat the unsighted Johansson.

In the final frame, SKA picked up the pace and, belatedly, began to dominate the game. Midway through the period, Nikita Gusev handed his team a lifeline when he fired home a powerful effort from the center of the Severstal zone, giving Podyapolsky no chance. But there would be no late salvation for Valery Bragin’s team. The head coach called a time-out on 57:44, withdrew Johansson for a sixth skater but then watched as Andrei Alexeyev potted an empty-netter to seal the verdict for an upwardly mobile Severstal. The visitor climbs to third in the West, overtaking Dynamo Moscow, while SKA remains fifth.