Avangard made the long trip to the Far East, but it was Amur who appeared jetlagged in the early stages of this game. The visitor seized the initiative from the puck drop and opened the scoring inside three minutes through Vladimir Bryukvin. The home team started to put its game together midway through the opening frame and started to put some significant pressure on Avangard goalie Simon Hrubec as the action unfolded.

Avangard’s impressive power play got a chance to strut its stuff at the beginning of the middle frame, but the Tigers’ renewed confidence ensured that even this opportunity amounted to naught. And, back at equal strength, the home team tied the game. Ivan Nikolishin, who today learned he had been voted onto Team Russia for the upcoming 2022 Fonbet KHL All-Star Game, was instrumental as the Amur piled on the pressure and eventually finished off a productive shift by shooting home from long range. 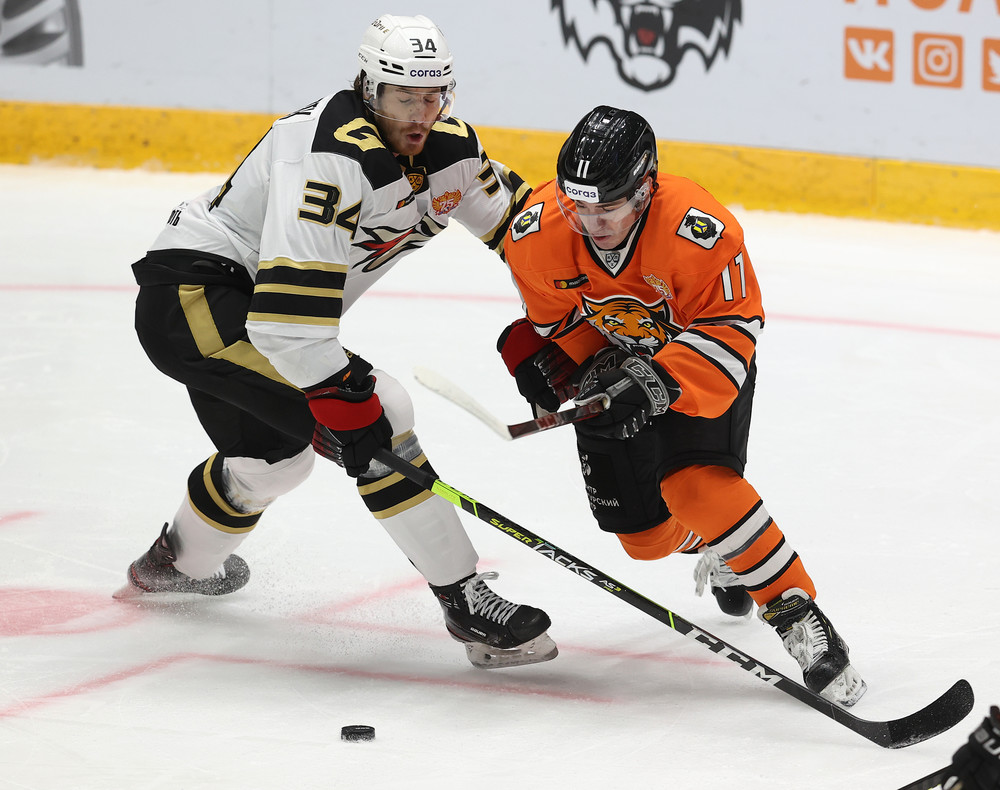 For a long time, Avangard struggled to create scoring chances. However, a mistake in the home defense gifted the visitor the lead once again. A breakdown in the D-zone was quickly gobbled up by Sergei Tolchinsky, who won the puck and set up Yaroslav Kosov for a one-timer that whipped past Evgeny Alikin in the home net.

That setback did not knock Amur off its game and the home team continued in lively form at the start of the third. Avangard was reduced to a counter attacking game, but managed not only to withstand the pressure but also to grab a third goal when Amur again broke down in its own zone and Nail Yakupov redirected Alexander Dergachyov’s shot into the net to make the final score 3-1.

Dynamo celebrated its 75th anniversary today. The Blue-and-Whites date their foundation to Nov. 22, 1946, making them the oldest hockey club in Russia. Before Monday’s game against Kunlun Red Star, the newest team in the KHL, Dynamo paid tribute to one of its illustrious alums, goalie Alexander Pashkov. He played five seasons for the club from 1969-74, and helped Russia to Olympic gold in 1972.

It was also a big day for Dynamo captain Vadim Shipachyov, who was making his 800th KHL appearance. This season’s scoring leader was unable to celebrate with a goal, but added two more assists to his tally.

The game was decided by the home power play. The first penalty of the game produced the opening goal within 10 seconds, Anton Wedin turning in Stanislav Galiyev’s feed to the slot. Earlier in the season, Wedin’s only goal for Sibir also came against the Dragons. Red Star found a quick response to that, with Parker Foo tying the scores 23 seconds later, but the home team regained the lead before the intermission when Galiyev punished a bench minor for the visitor. 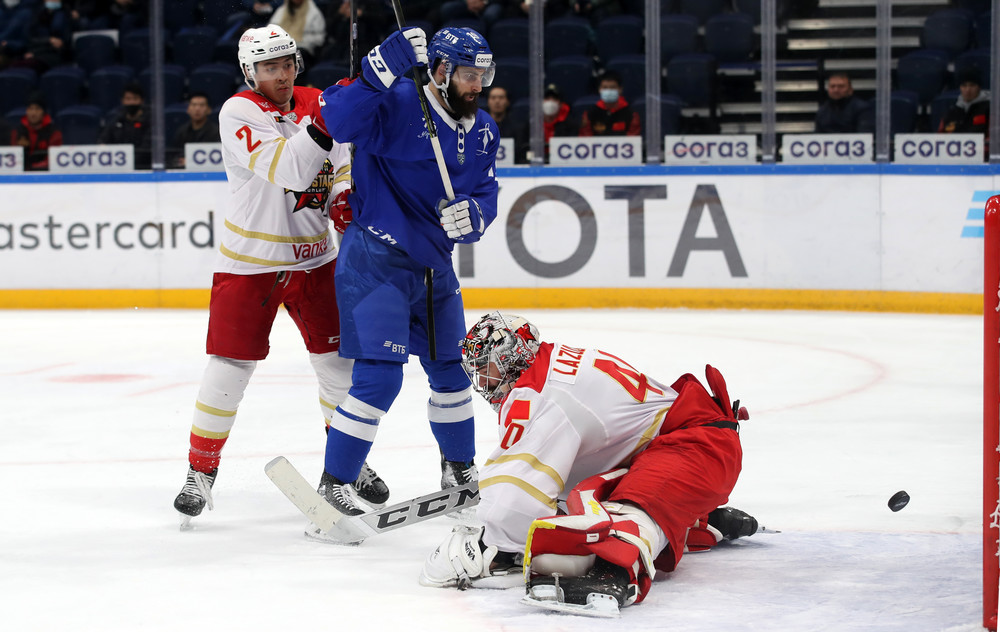 Early in the second period, the home PP got another chance and added a third goal. Galiyev was the scorer again, flashing home a one-timer from the left-hand face-off spot. When Cory Kane went to the box a couple of minutes later and Red Star killed that penalty — the first time in the game — it was a minor victory for the Dragons.

That small success did nothing to inspire the Chinese franchise to greater success in the closing stages of the game. True, there was a good chance for Spencer Foo, who shot wide of an open net, but for the most part Dynamo was comfortable in this game. And the home side put a ribbon around its 75th birthday present in the final minutes when Eric O’Dell finished off a neat piece of tic-tac-toe to make the final score 4-1.

Struggling Vityaz led for much of Monday’s game at home to Severstal but, as teams at the foot of table so often find, it’s hard to catch a break. The visitor tied the game late on and took the verdict in a shoot-out.

After losing its previous five games and dropping to the foot of the Western Conference standings, Vityaz needed a lift. Today it got one midway through the first period when Niko Ojamaki opened the scoring. The Finn, who leads the league in goals scored, led a quick breakaway and was on hand to tuck away the rebound after Daniel Audette’s shot was saved.

However, Vityaz grabbed an early two-goal lead in its previous game, only to lose in overtime against Kunlun Red Star. Moreover, the Podolsk team has yet to achieve a shut-out this season. So, as time went by with no sign of a second home goal, it was understandable that tension would increase. And, as the game moved into the final five minutes, Severstal forced a tying goal. Ivan Yemets is in a rich vein of form all of a sudden and today he scored for the third game in a row.

That was enough to bring overtime. Vityaz was obliged to start the extras killing a penalty that carried over from regulation time, but neither side could find a goal during the additional period. In the shoot-out, Yemets was on target once again, but Igor Geraskin was credited with the decisive blow after shoot-out expert Dmitry Shugayev took over in net from Vladislav Podyapolsky and stopped three of the four attempts he faced.