Monday’s only KHL action saw Sibir head into the international break on a high with another road win.

Krasotkin gets win against former team-mate

Sibir maintained its good form in the final KHL game before the international pause. Victory on the road at Spartak means Andrei Martemyanov’s team has seven wins from its last eight games — a run that gives it a two-point cushion in seventh place in the Eastern Conference.

For the Red-and-Whites, meanwhile, today’s loss means it’s just one win in six, albeit an encouraging overtime success at high-flying SKA. Spartak remains in the top eight, but is just one point clear of a Torpedo team that is showing signs of remedying its indifferent early-season form. 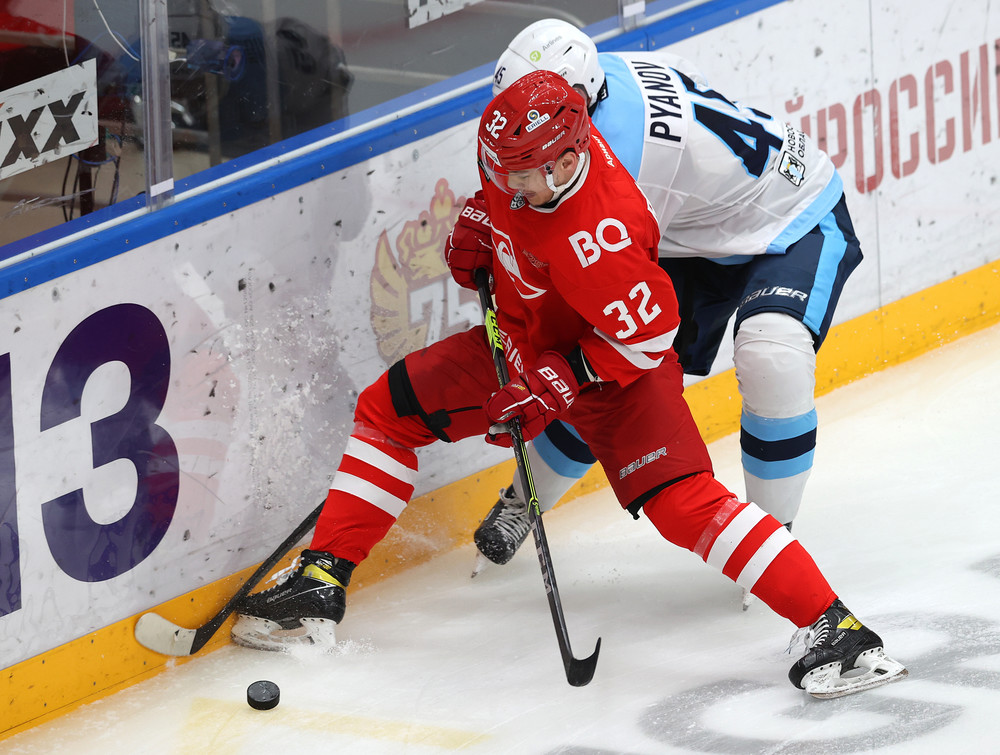 Monday’s game threw up an unusual goaltending duel: last season, Alexei Krasikov and Anton Krasotkin were colleagues at Sibir; today, Krasikov got the start for Spartak against his former team-mate. The visitor came out on top in that battle, stopping 38 shots to claim a shut-out. Along the way, he performed strongly to halt an odd-man rush involving Alexander Khokhlachyov and Andrei Loktionov, and enjoyed some good fortune when Emil Pettersson squirted a shot wide at the back door with the goal at his mercy.

At the other end, Sibir was better at taking its chances. Oleg Li fired home a Vyacheslav Litovchenko pass to open the scoring late in the first period, then Michal Cajkovsky drilled home a point shot for a power play goal midway through the second. Another PP saw Valentin Pyanov wrap up the 3-0 verdict in the final frame. Spartak did get the puck in the net via a volley of deflections and ricochets, but the key touch came from Ivan Drozdov’s stick raised high above his head; goal disallowed, home frustrations complete.