The form guide suggested that Saturday’s only KHL game should be a comfortable away win — but Sochi gave the KHL leader an almighty battle beside the Black Sea.

Andrei Nazarov’s team belied a run of just one win in five to take the game to Magnitka before two third-period goals from Philippe Maillet took the action into overtime. From there, Metallurg managed to eke out a shoot-out verdict, moving two points clear of Traktor at the top of the table.

Sochi opened the scoring midway through the first period, swiftly turning defense into attack before Pavel Shen fired past Juho Olkinuora with an angled shot after his initial attempt was blocked by a defenseman. And late in the second period the Leopards doubled the lead when Artyom Nikolayev teed up Ivan Mishchenko for a point shot that found the target. 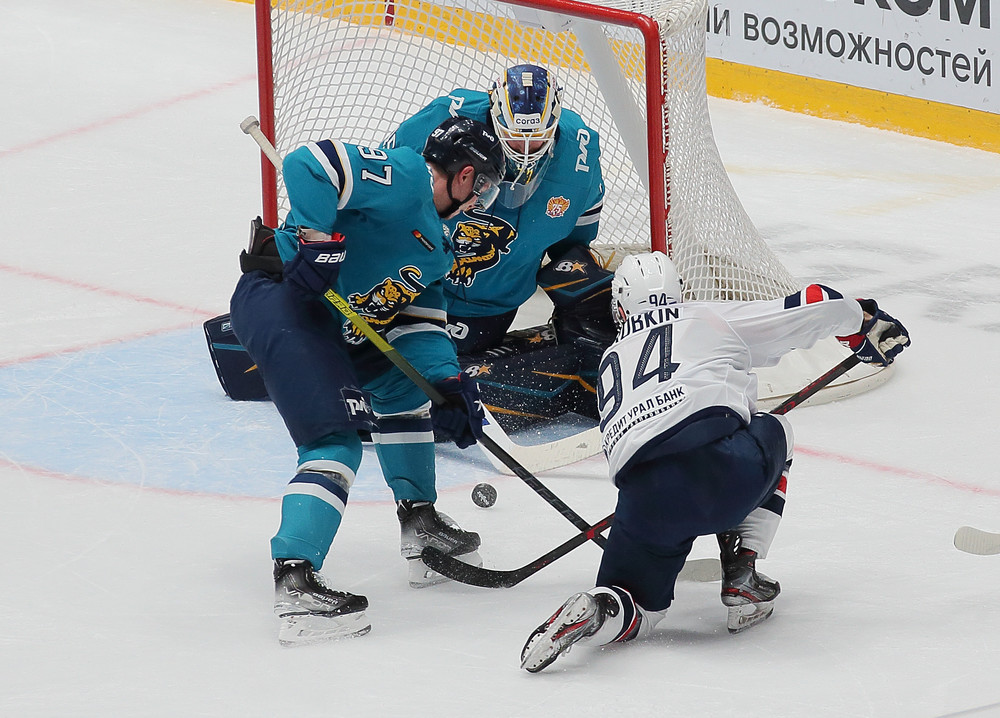 However, Metallurg isn’t top of the table by accident. The visitor had been competitive throughout the game and finally found its scoring in the third period. Maillet reduced the arrears during a spell of 4-on-4, bursting forward from center ice and beating Magnus Hellberg with an effort from the top of the right-hand circle. A couple of minutes later the same player tied it up on the power play, wrapping up a well-worked combination with a one-timer from the face-off dot.

That took the game to overtime, in which Dmitry Kolgotin came close to snatching a winner for the home team, and ultimately to a shoot-out. Maillet found the target in that shoot-out as well, with Metallurg converting its first two attempts and prompting Sochi to replace Hellberg with Maxim Tretyak. The home team recovered to score its next two attempts and tie the series, but Yegor Yakovlev kept his nerve to see the visitor to victory.