Wednesday’s KHL action produced two contrasting games. In Sochi, the goals rained in as Avtomobilist snatched a 7-6 overtime win. However, in Nizhny Novgorod a miserly defensive display from both teams ended with Avangard getting a 1-0 verdict over Torpedo.

Young Avangard forward Arseny Gritsyuk potted his first ever game-winning goal in the KHL as Simon Hrubec made 29 saves to give Avangard a tight verdict at Torpedo.

The 20-year-old made it three goals in four games when he struck midway through this battle in Nizhny Novgorod. After an extended spell of pressure on Alexei Murygin’s net, Gritsyuk reacted first to the rebound after Alexander Dergachyov’s shot was padded away. 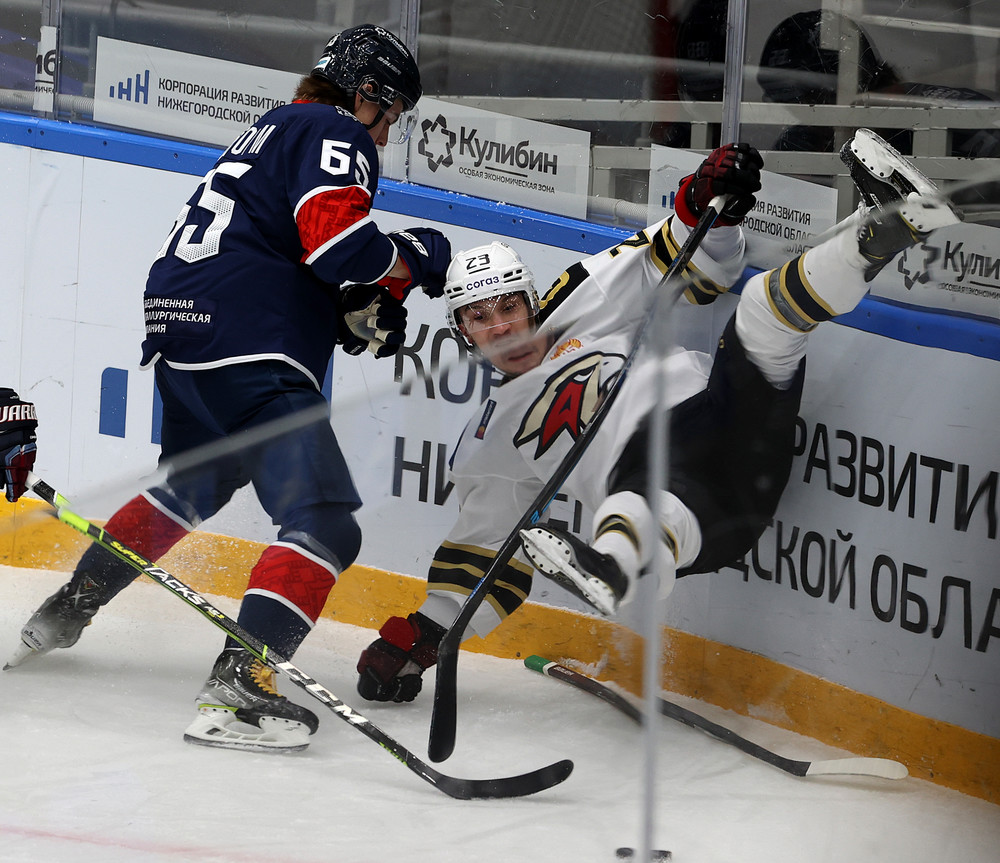 That was enough to separate the teams, and bring up a sixth successive victory for the Hawks, while Torpedo was unable to build on its own three-game streak. David Nemirovsky’s team struggled to generate clear-cut chances in the first two periods, with neither goalie overworked through 40 minutes as the teams managed just 23 shots between them.

In the final frame, though, Hrubec had to earn his pay as the home team stepped up the tempo and unleashed 20 attempts on goal, aided by three power plays. The best opportunity came early in the third when Andy Miele’s efforts on the slot proved too much for the defense but ended with the puck skipping just wide of the target.

Goals pile up in Sochi

For the second game in a row, Sochi was the place for goals. On Monday, the Leopards traded nine goals in a fiery encounter against Avangard. Today, facing Avtomobilist, fans at the Bolshoy Dome saw 12 markers in regulation time before the visitor snatched a winner in the final seconds of overtime.

Sergei Shumakov’s second of the night settled a dramatic encounter beside the Black Sea just eight seconds before the final hooter. Jesse Blacker’s feed released the 29-year-old into the danger zone and his wrister was too good for Magnus Hellberg in the home net.

Not surprisingly, a high-scoring game began with a rush of goals. Sochi jumped to a 2-0 lead inside six minutes. First, Ruslan Aliyev enjoyed a dream KHL debut, opening the scoring on 3:02 when he got his stick to a Viktor Baldayev point shot and tipped it into the net. Then Ivan Mishchenko doubled the lead, prompting Bill Peters to replace starting goalie Vladimir Galkin with former Sochi favorite Dmitry Shikin.

That change seemed to reinvigorate the visitor, and it was 2-2 in the 12th minute. A swift counter saw Stephane Da Costa flash behind the net and set up Ilya Ovchinnikov to make it 1-2, then Blacker fired home from the blue line to tie it up. But a delayed penalty helped Sochi go into the intermission with the lead when Vasily Glotov’s fine pass set up Amir Garayev. 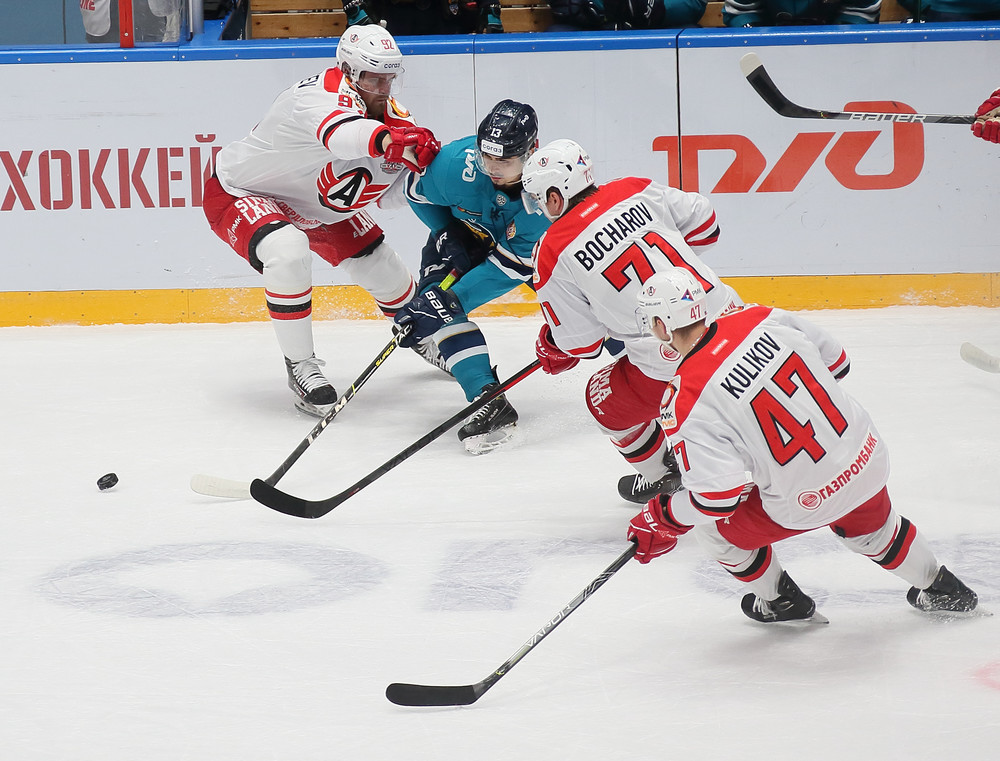 It was definitely a night for forwards rather than goalies: the teams allowed five goals off just 17 shots in the first period, and within a minute of the second we saw number six when Shumakov tied it up again on the power play. The home team did not learn its lesson and another penalty saw Shumakov turn provider for Yefim Gurkin to make it 4-3. That prompted another goalie change, with Magnus Hellberg replacing Maxim Tretyak in the home net. A third Sochi penalty was successfully killed before Garayev potted his second of the game to make it 4-4.

Then Glotov added to his earlier assist with his first goal of the evening, picking up Mishchenko’s defense-splitting pass and advancing on goal to beat Shikin. The Avtomobilist power play, though, remained on its game and in the final minute of the second period Patrice Cormier tied the game once more.

The scoring slowed a little in the third period, but there was still nothing to separate the teams. Stepan Khripunov made it 6-5 for the visitor off a Cormier feed. However, Glotov, who was also on target in his previous game against Avangard, grabbed the tying goal late in the game when he burst down the left-hand channel, fired in a shot and got the bounce off Nikita Tryamkin’s skate to beat Shikin and send the game to overtime.