A high-scoring Saturday produced 18 goals in two games as Avangard won the Siberian derby against Sibir and Severstal edged an 11-goal thriller against Neftekhimik in overtime.

The first Siberian derby of the season is hopefully the penultimate meeting of these teams in Balashikha. Avangard’s long-awaited new home in Omsk is set to open its doors next year, meaning these two old rivals are set to become far more local than at present. For now, though, the action continues on the outskirts of Moscow — and the latest instalment turned out to be a cracker.

It didn’t take long for this one to heat up. Inside five minutes, Evgeny Chesalin’s crunching hit left Sergei Tolchinsky crumpled on the ice. Chesalin was assessed a 5+game for kneeing, while Semyon Chistyakov’s attempted retribution landed him a minor penalty. With the teams playing 4-on-4, Sibir took the lead when Vyacheslav Litovchenko reacted fastest to the rebound from Ilya Morozov’s point shot. 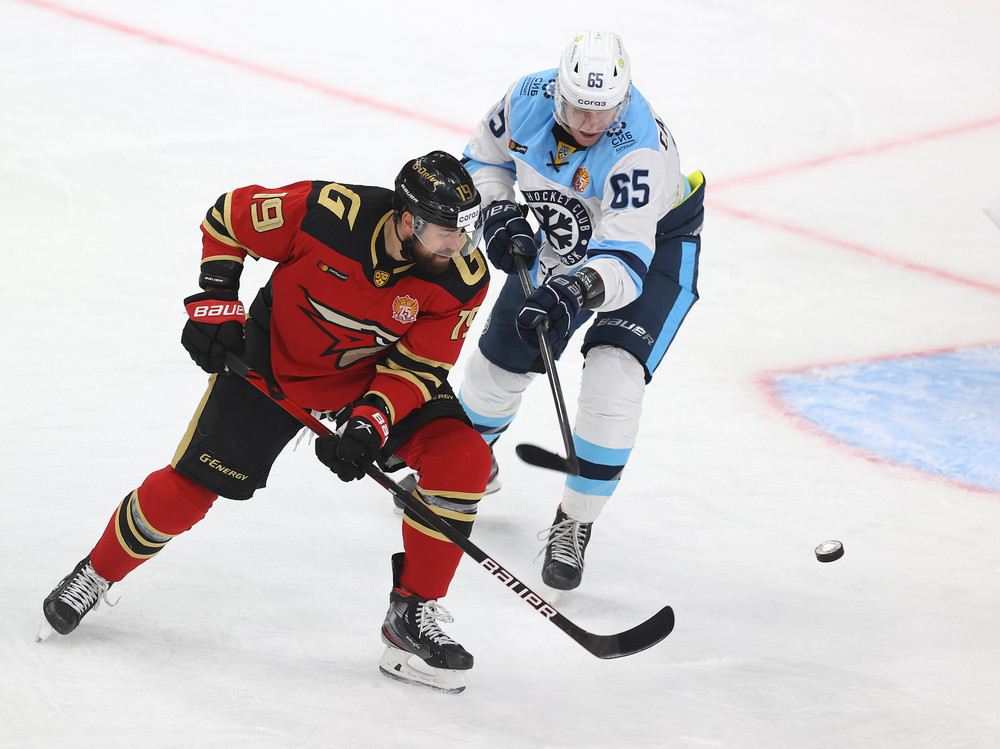 That was the difference between the teams at the first intermission, with Avangard’s offense struggling in the absence of the injured Tolchinsky. In the second period, though, the Hawks found their scoring form. Nail Yakupov scored twice on the power play, with an equal-strength effort from Ivan Telegin sandwiched between them. However, that 3-1 lead evaporated in the closing stages of the frame when Denis Golubev reduced the arrears before Litovchenko’s second of the night tied the scores.

In the 55th minute, Avangard regained the lead when Telegin grabbed his second of the game, becoming the third player to score a double. He steered Ville Pokka’s slapshot past Anton Krasotkin, reprising a tactic that had brought plenty of success for the home team after both of Yakupov’s goals also coming from redirected point shots that starting goalie Harri Sateri could not deal with. And, on this occasion, it proved decisive: Avangard recorded a fourth successive win.

Severstal’s offense caught fire at last as the Steelmen raced into a big lead against Neftekhimik — only for the usually reliable defense to crumble in the third period. In the end an overtime winner from Adam Liska spared the home team’s blushes and left the visitor with eight defeats in its last 10 games.

Coming into the game, only Sibir had fewer than the 29 goals Severstal had scored this season. However, by 6:12 of the first period, the home team had added three to its total. For the first two, Vladislav Kodola and Joonas Nattinen had a goal and an assist apiece. Then Nikita Makeyev added a third and Neftekhimik’s young goalie Yaroslav Ozolin saw his second KHL appearance ended almost before it began. 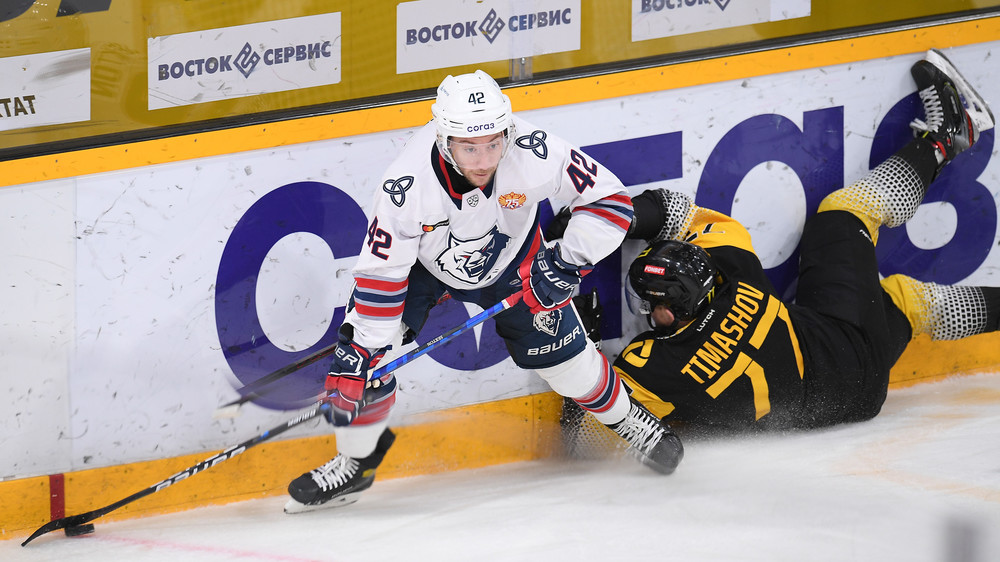 Incoming netminder Frans Tuohimaa steadied the ship, and it remained 3-0 at the first intermission with some signs that Neftekhimik’s offense was getting into the game. Then, 17 seconds into the middle frame Marat Khairullin pulled a goal back for the visitor. However, when Bulat Shafigullin took a 2+2 for high sticks, Severstal took advantage and Kodola potted his second of the afternoon. Shafigullin’s unhappy day continued when he took a tripping penalty late in the second and Nattinen got his second goal (and fourth point) of the game.

A four-goal lead, and a defense that compared favorably with some of the KHL’s leaders, suggested that this was nailed on for a home win. However, a power play goal from Lukas Klok at the start of the third triggered an unlikely Neftekhimik fightback. Midway through the third, his fellow Czech Ronald Knot made it 3-5, then two goals in a minute saw Evgeny Mityakin and Marat Khairullin tie it up.

Having seemingly won the game inside 40 minutes, Severstal now had to do it again in overtime. Then 125 seconds of unbroken play produced not one shot until Adam Liska took matters into his own hands. Stepping up from the point he circled away from Dan Sexton, skated into the vacant space in the center of the zone and lasered a wrister past Tuohimaa for the winner.