Metallurg’s 2-1 victory over Ak Bars made it 14 in a row for Ilya Vorobyov’s team and set a new KHL record for the Magnitogorsk club. In the evening, Spartak defeated Dinamo Minsk in overtime, sending the Bison to a first loss in seven despite tying the game in the last minute of regulation.

Metallurg set a new club record by posting a 14th successive victory thanks to today’s 2-1 success over Ak Bars. However, it wasn’t entirely straightforward for the Eastern Conference leader, which had to come from behind to take the points.

In the first period, Ak Bars produced a big improvement on its recent opening stanzas in Ufa at home to Metallurg. This time, Dmitry Kvartalnov’s team got an early lead when Grigory Dronov’s misplaced pass in his own zone enabled Jordan Weal to set up Steven Kampfer for the opening goal in the fifth minute. Ak Bars had already killed one penalty by that time, and would frustrate the home power play again before the end of the frame. 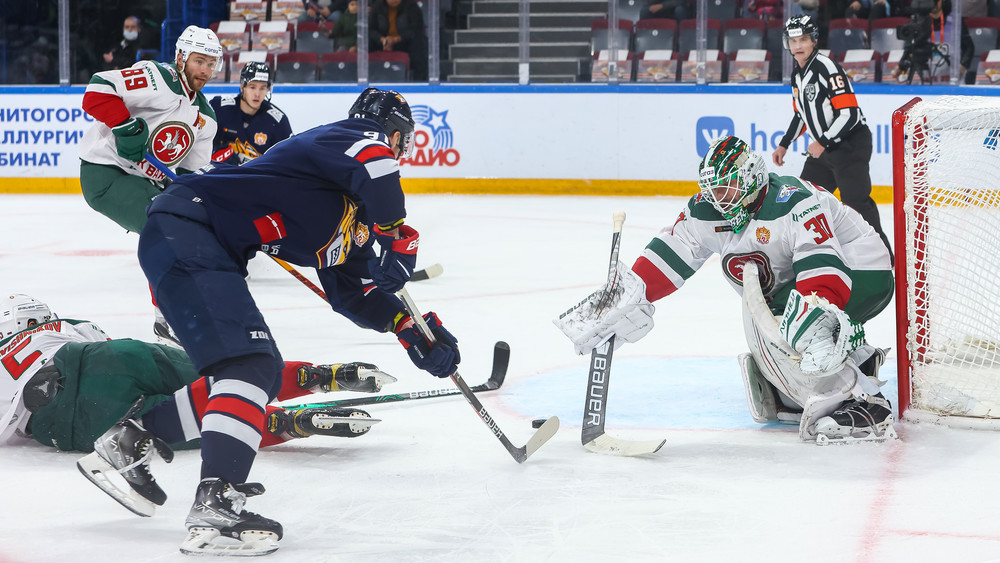 However, at the start of the third, Metallurg’s PP did its job. Weal sat out a minor and Josh Currie beat Igor Bobkov with an absolute laser of a shot that flashed into the top corner. Subsequently, the home team had more chances on the power play but the teams remained deadlocked until the second intermission.

The decisive moment came at the start of the third. The home team got itself set up in Ak Bars territory but Andrei Chibisov’s decision to flash in a wrister from the point surprised everyone — not least Bobkov, who was unable to react as the puck went past him. As befits a clash between two long-standing rivals, Ak Bars battled to the last. However, Metallurg held on and Ilya Vorobyov’s team established its best ever winning streak in the KHL.

An overtime goal from Jori Lehtera snapped Dinamo’s six-game winning streak. However, a point from today’s game moves the home team level on points with Dynamo Moscow with the two clubs tied for third place in the Western Conference.

Spartak opened the scoring midway through the first period. Alexander Khokhlachyov led a breakaway down the left channel. When he got into the Minsk zone, his drop pass set up Sergei Shirokov for a shot and Alexei Kolosov’s save steered the puck into the path of Khokhlachyov for a close-range finish.

That changed the pattern of play: after Dinamo enjoyed the better of the opening stages, Spartak came into the game more strongly after taking the lead but there was no further scoring in the first period. 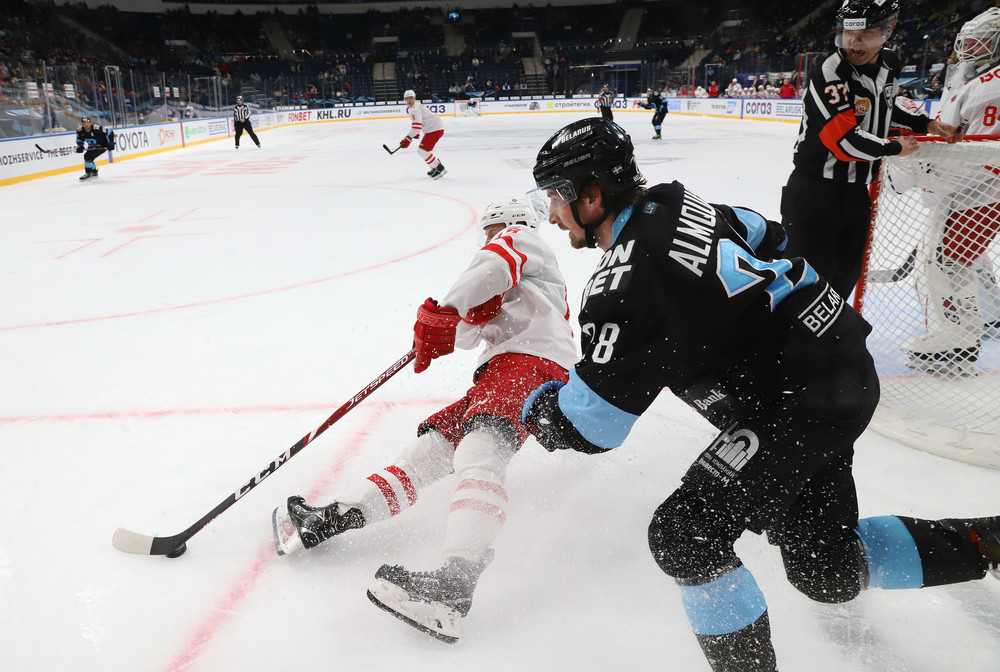 At the start of the second session, Dinamo again created pressure on the Spartak net, but neither Dmitry Korobov nor Alexander Suvorov was able to find a way past Alexei Krasikov. Gradually, the balance of play evened out again and Spartak carried its slender lead to the second break.

The closest the Red-and-Whites came to a second was on the power play midway through the third. Shirokov hit the piping and Kolosov had to deal with a flurry of shots on his net to keep the Belarusians in the game. Late on, Dinamo created chances to save itself, with Malte Stromwall setting up Mattias Tedenby before Taylor Beck was unable to react in time to a loose puck flying across the Spartak crease.

Then came the late drama. Dinamo’s final storm put pressure on Krasikov and in desperate the Spartak goalie threw his stick at the puck in a bid to clear his lines. The resultant penalty shot was converted by Pavel Varfolomeyev to take the game into overtime.

However, dramatic as that reprieve was, it could not save the game for the Bison. Jori Lehtera found space on the slot and converted Tim Heed’s pass to give Spartak the points and snap Dinamo’s winning run.