The highest-scoring game of the day was in Minsk, where Dinamo edged past Red Star in an 11-goal thriller. Earlier in the day, Traktor left it late to sink Admiral before Ak Bars downed rival Salavat Yulaev in a shoot-out.

Traktor wrapped up its Far East tour with a fourth successive victory. Yesterday at Admiral, the visitor needed two late goals to force overtime. Today, once again, Traktor scored twice in the final minutes but this time it secured a win in regulation.

Nikita Tertyshny put Traktor ahead midway through the first period and after that the teams traded frequent penalties until the intermission. Early in the second, a home power play saw Vladislav Ushenin bring Admiral level, but it took just a couple of minutes for Sergei Kalinin to restore the visitor’s advantage. Ill-discipline dogged Traktor’s progress again, though, with Tomas Hyka needlessly compounding a holding call with a spot of unsportsmanlike conduct. That 2+2 tariff saw Josh Kestner make it 2-2 in the 40th minute.

However, Admiral was unable to complete a full 60-minute game and got stung on 57:54 when Nick Bailen rifled home a wrister from the right-hand dot. Teemu Pulkkinen’s empty net goal sealed the deal and kept Traktor firmly in second place in the Eastern Conference.

For the second time this season, Ak Bars came out on top in the Green Derby against Salavat Yulaev. This time it needed a shoot-out to separate the teams in Ufa, with Alexander Burmistrov getting the decider following a 2-2 tie.

The home team had lost its previous five games against its biggest rival, dating back to last season’s playoffs, and understandably started at a high tempo as it looked to put that record straight. Ak Bars was limited to just two shots on goal in the first period, but neither team managed to break the deadlock until the game was past the midway point. 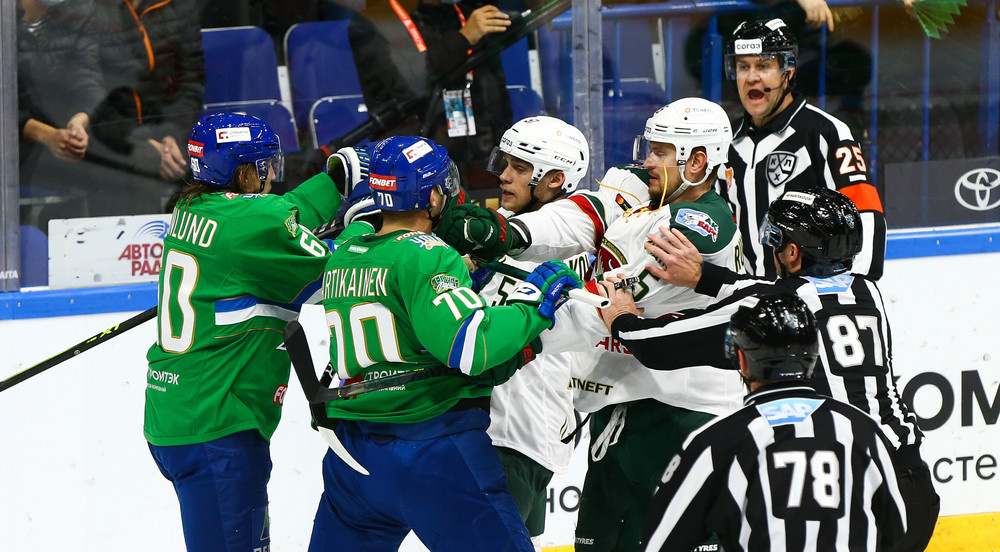 The opener went to Ak Bars, with Nikolai Kovalenko getting the goal on a counter-attack. However, he knew relatively little about it as Dmitry Kagarlitsky’s shot bounced off Juha Metsola and cannoned into the 21-year-old and found the back of the net. Midway through the third, Ak Bars doubled the lead with a well-taken goal from Dmitry Voronkov. He collected a long diagonal from Steven Kampfer and advanced into the O-zone before shooting home past Grigory Panin.

With little over 10 minutes to play, it seemed that the game was done. However, Salavat Yulaev hit back with two goals in 39 seconds to tie the scores. Shakir Mukhamadullin struck on the power play to reduce the deficit before young Danil Alalykin potted his first goal of the season to tie it at 2-2.

That was how it stayed, with the teams unable to find a winner in overtime. But the shoot-out was dominated by Timur Bilyalov in the Ak Bars net. He denied all four of the efforts that came his way, while Kagarlitsky and Burmistrov beat Metsola at the other end.

The home team survived an early penalty before getting a grip on the game late in the first period. Roman Gorbunov opened the scoring and Stromwall got his first of the night on the power play. But the 2-0 scoreline flattered the host, with Red Star very much in the game, and the visitor deservedly got on the scoreboard in the final second of the frame when Jason Fram scored on the power play. 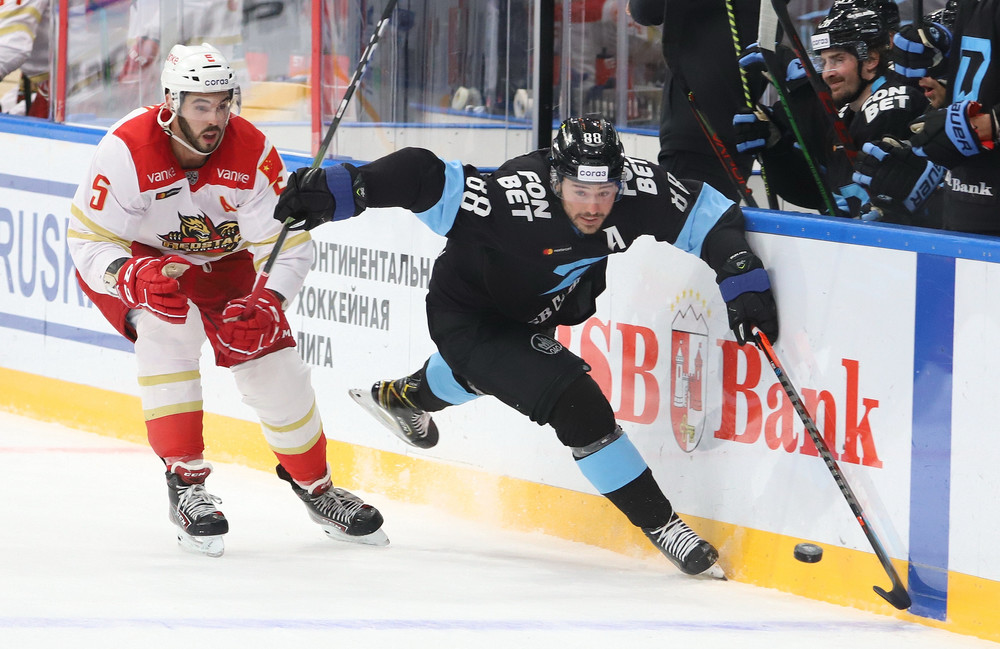 Early in the second period, Greg Squires tied it at 2-2... and then the action really started. Mattias Tedenby restored the home lead, then a rush of penalties saw Stromwall get his second in a 4-on-3 power play. Once again, Red Star rallied. Ty Schultz potted his first goal in the KHL, then a 5-on-3 power play Josh Nicholls made it 4-4.

However, Stromwall got his first got at equal strength late in the middle frame to make it 5-4. It felt like a pivotal moment in the game, but Red Star had other ideas and tied it up thanks to a first KHL goal from Cliff Pu. That took a lively encounter into overtime, where KRS got a power play and Spencer Foo dinged one off the piping but Almquist eventually grabbed the winner at the other end.