A good day on the road. October 10 round-up

Ak Bars bounced back after two successive losses, hitting Barys for six in a lively encounter in Nur-Sultan.

This game got off to a fast start with the teams sharing three goals in the first seven minutes. It all started with a power play goal for the visitor, Danis Zaripov setting up Kristian Khenkel for a blast from the blue line. Soon afterwards Dmitry Kagarlitsky surged forward and exchanged passes with Artyom Galimov before firing home the second. But Barys hit back with a power play goal of its own from Jacob Berglund on 6:44. 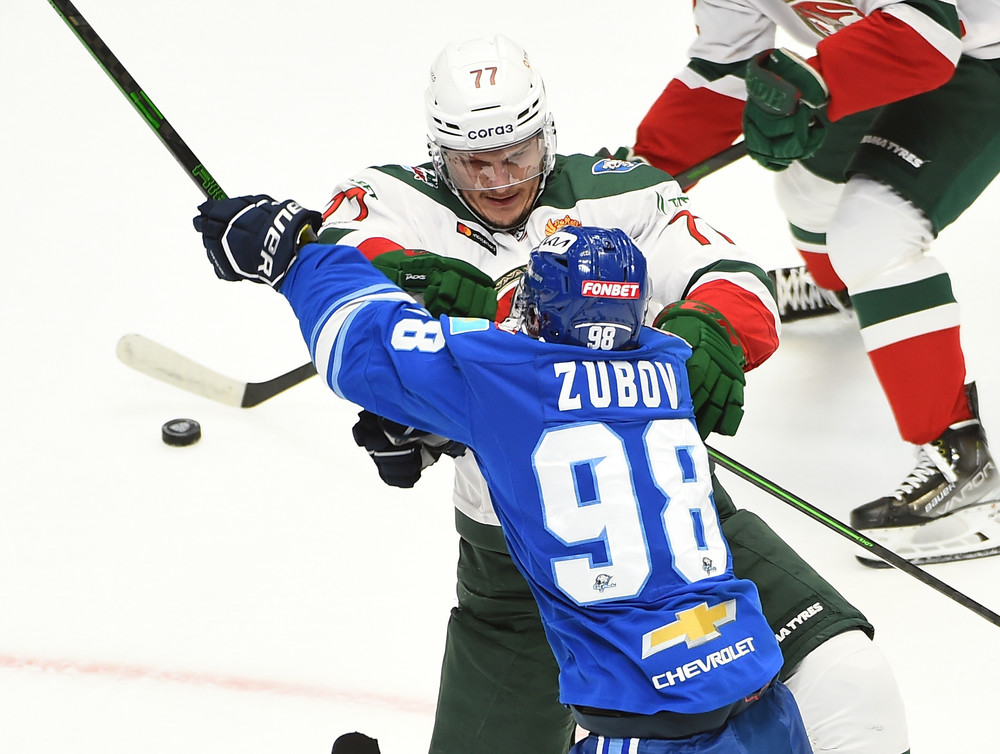 It remained 2-1 at the first intermission, but Ak Bars took control in the middle frame. Nikolai Kovalenko extended the lead early in the session before Kirill Panyukov added a fourth. Galimov was involved again with a feed to the back door where Panyukov was lurking to grab a power play goal against his former team-mates. Barys pulled on back through Valery Orekhov, but almost immediately Ak Bars restored that three-goal cushion when veteran Danis Zaripov potted his first of the season off Steven Kampfer’s pass. And there was time for Kagarlitsky to pot his second of the game as Galimov completed a hat-trick of helpers before the second intermission.

Barys gave itself a glimmer of hope at the start of the third period when Yegor Shalapov pulled a goal back. However, that was one of just three shots on goal from the home team in that final frame as Ak Bars closed out the win with something to spare.

SKA enjoyed a convincing victory on the road in Ufa. The Army Men bounced back from a 0-3 loss at Barys on Friday with a powerful display to hand Salavat Yulaev a fourth loss of the season. SKA’s win puts it clear in third place in the West.

Vladislav Tsitsyura enjoyed his best game in the KHL to date, scoring twice to pace SKA’s victory at Salavat Yulaev. The 22-year-old has been in and around the first team in Petersburg since the start of last season and today he produced his first two-goal game at this level. 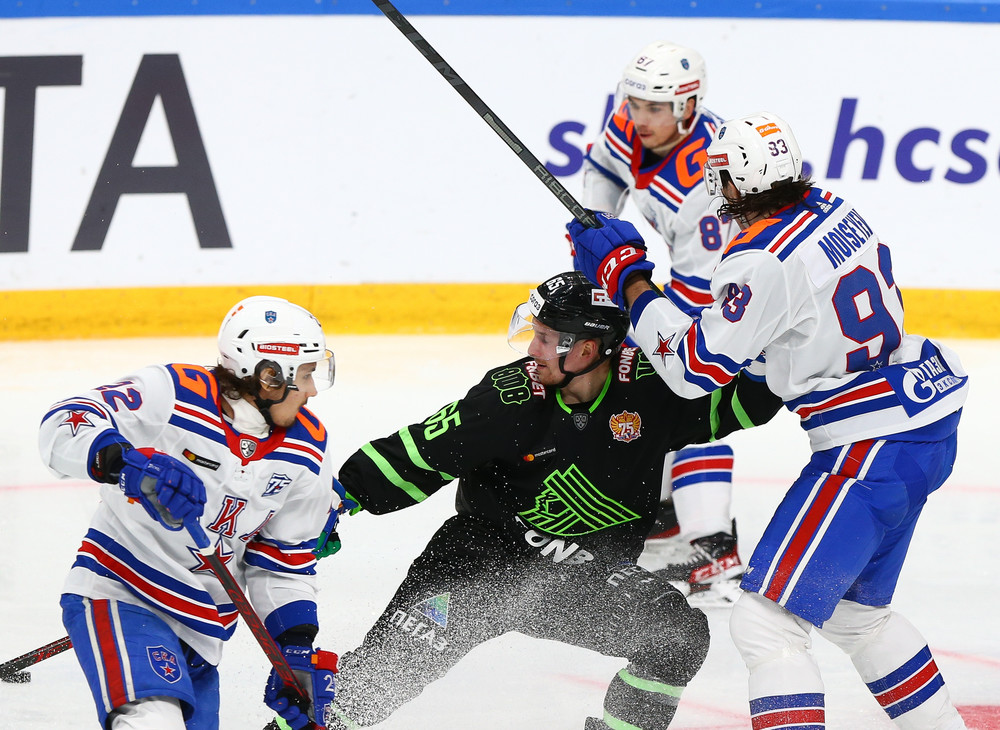 Tsitsyura opened the scoring in the third minute, smashing home a one-timer from between the hash marks off a Danila Moiseyev feed. SKA extended its lead late in the first period with a power play goal from Andrei Kuzmenko before Tsitsyura struck again midway through the second. This time he capitalized on an error when Sergei Shmelyov failed to control a pass on the SKA blue line. That enabled the youngster to race into center ice and steal the puck before skating clear and beating Alexander Sharychenkov in a one-on-one.

SKA’s good day continued in the third period with two further goals. Linden Vey and Joonas Kemppainen extended the lead. At the other end, Lars Johansson picked up an assist and also finished with 25 saves as Ufa failed to score for the second time this season.